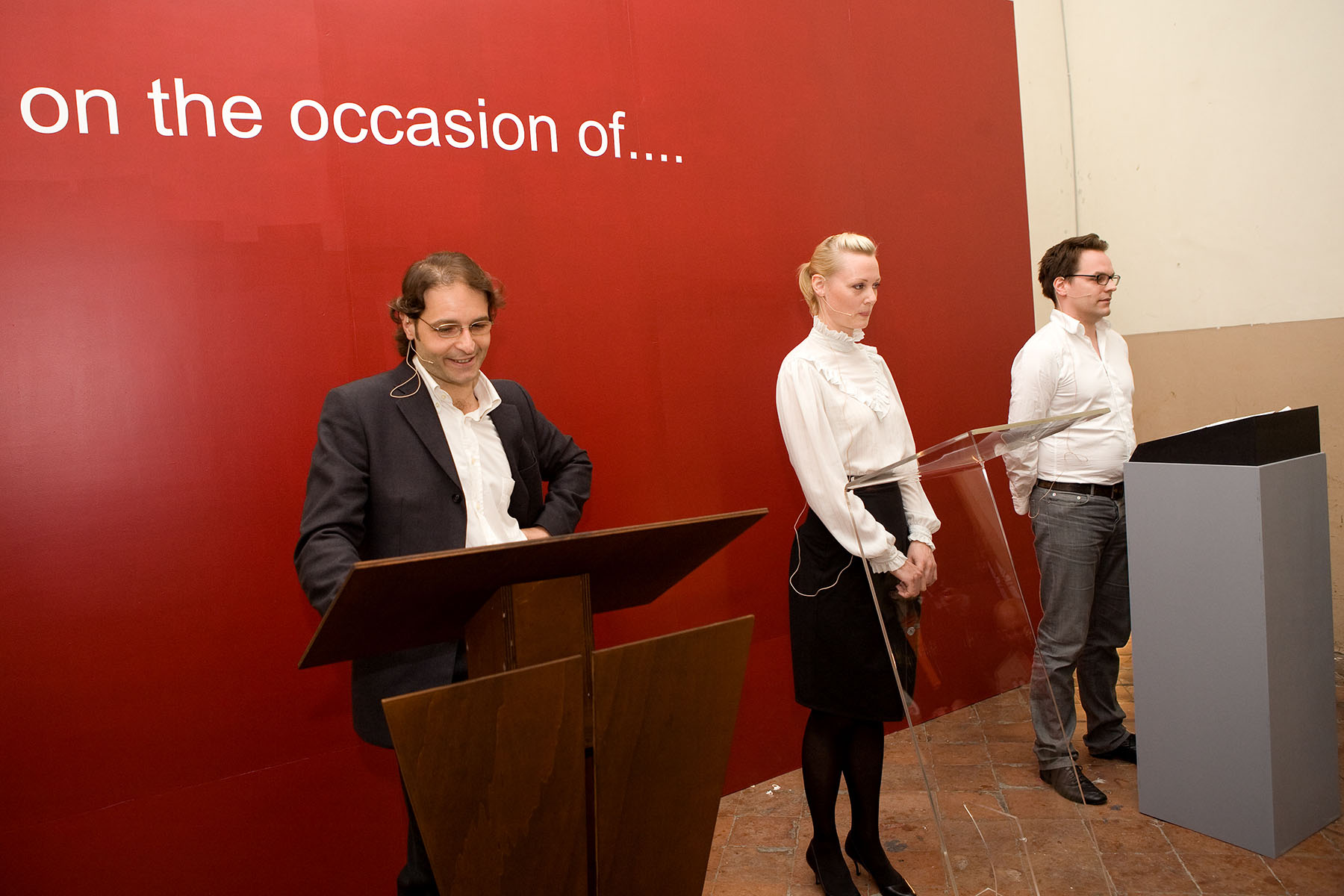 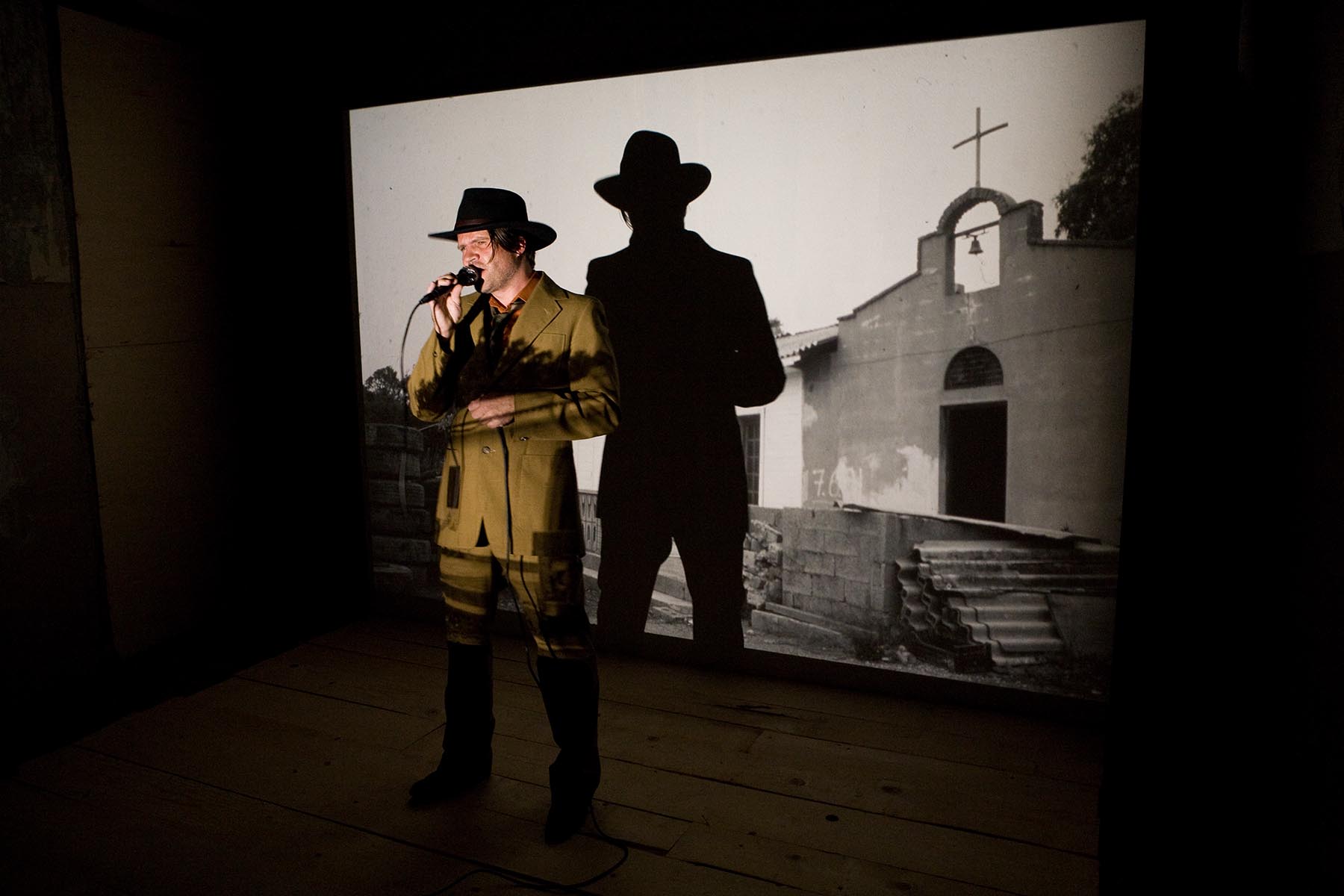 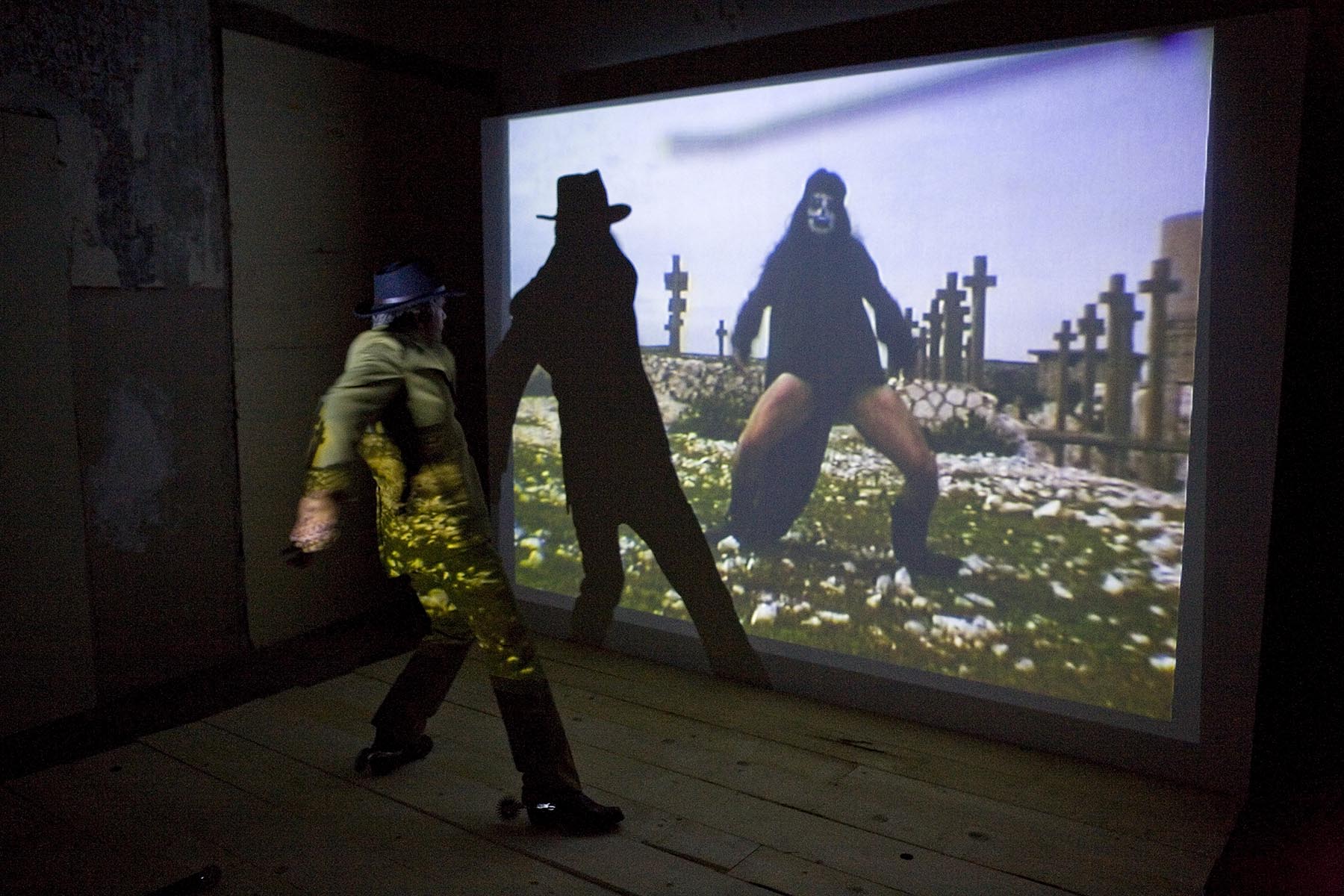 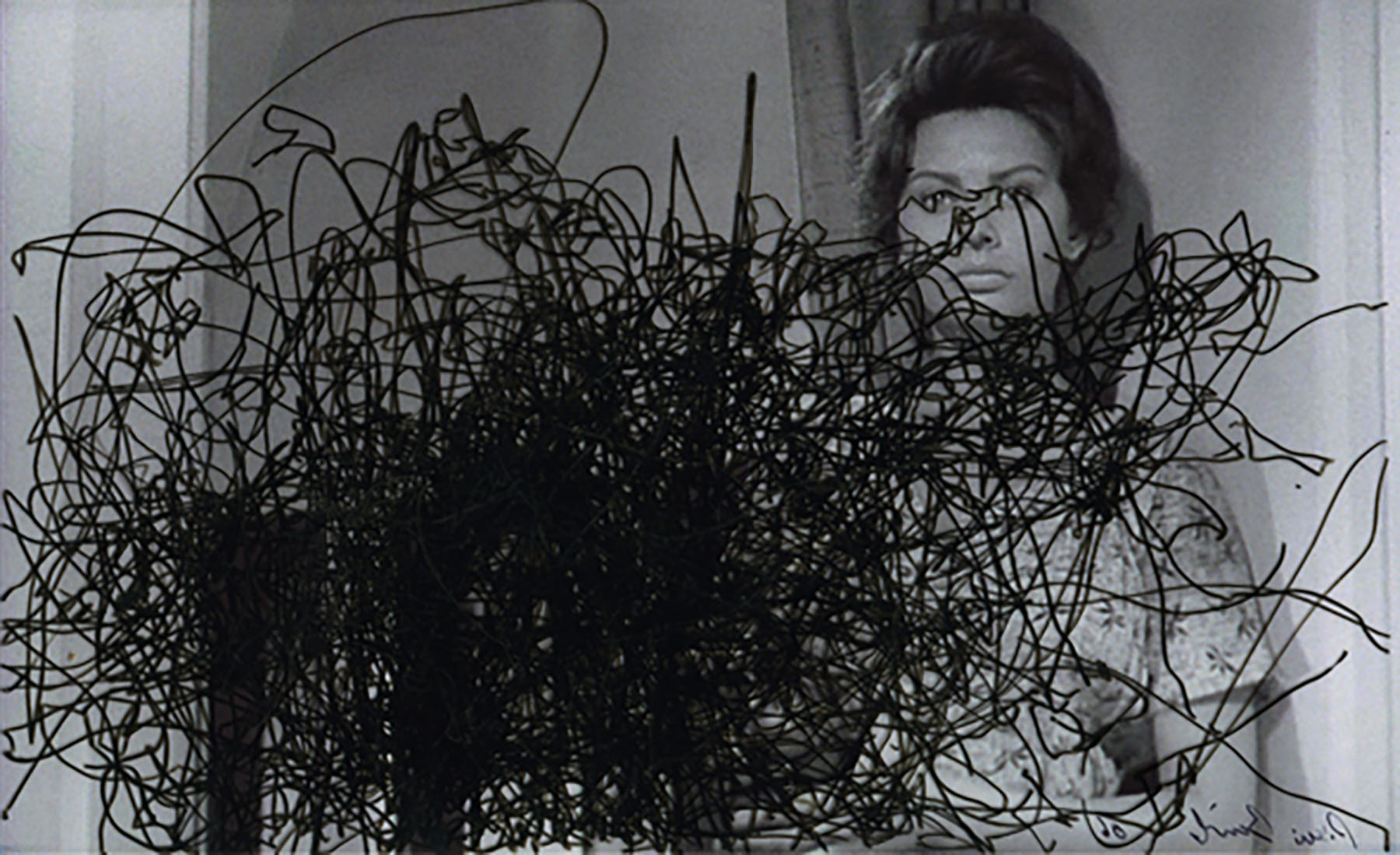 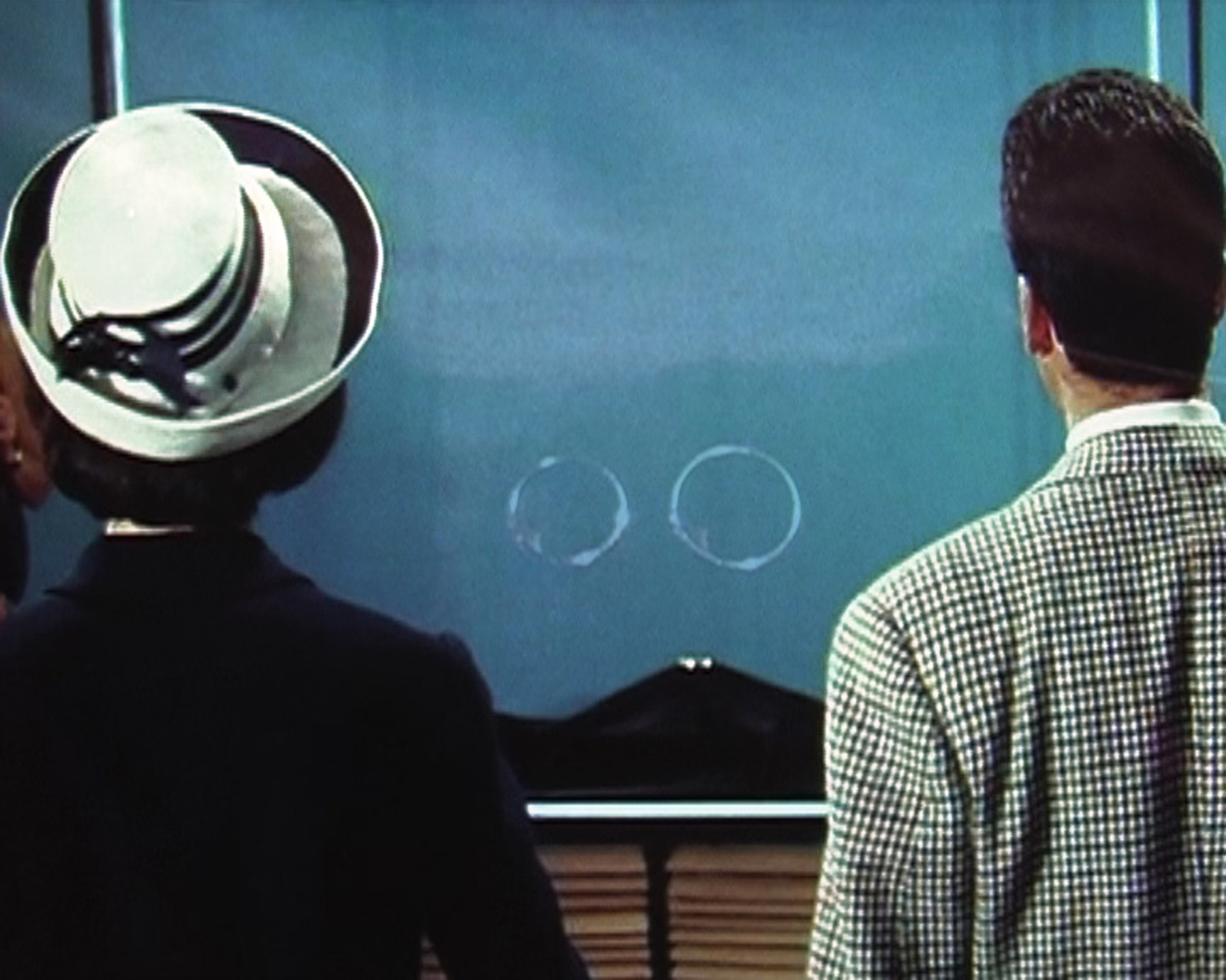 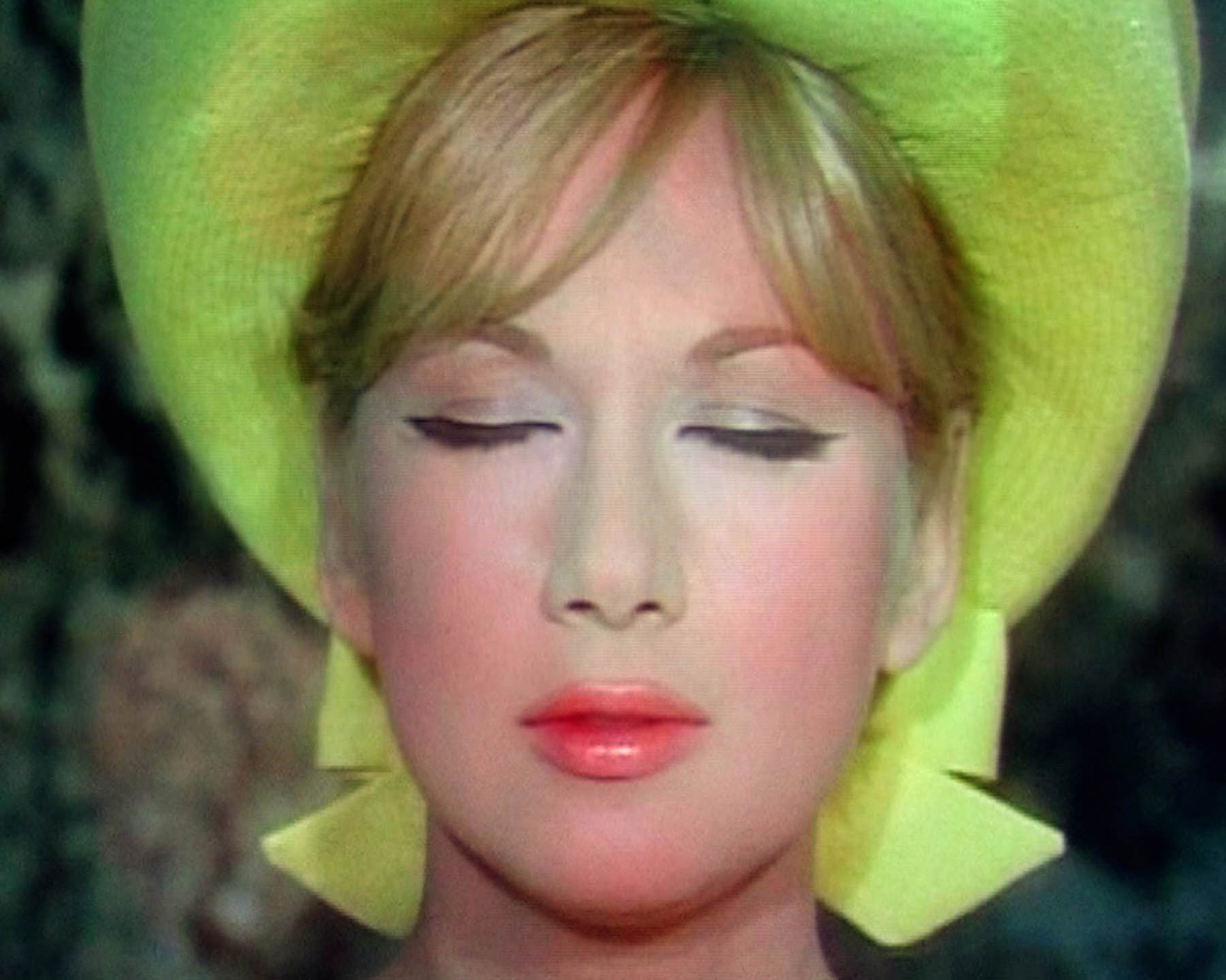 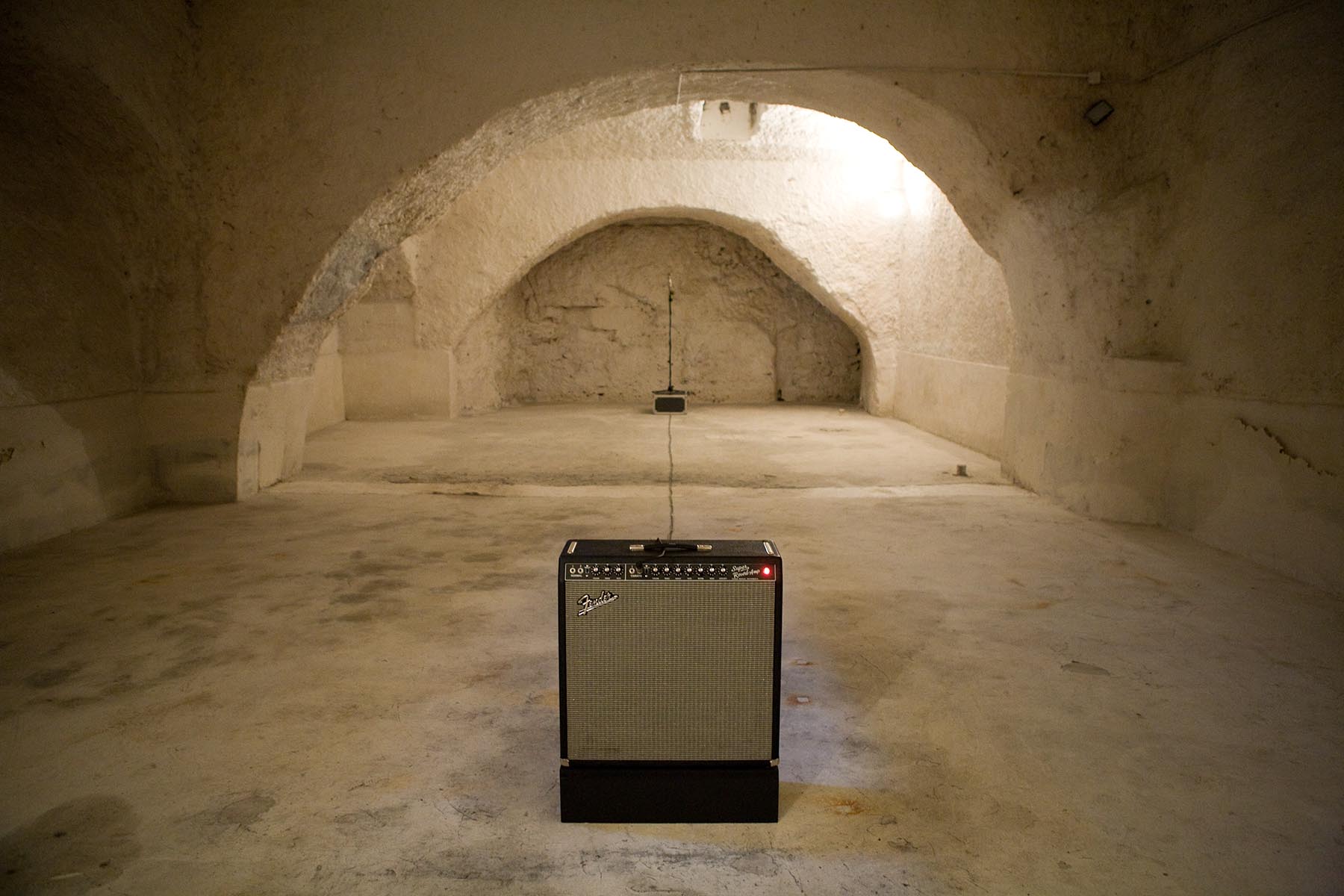 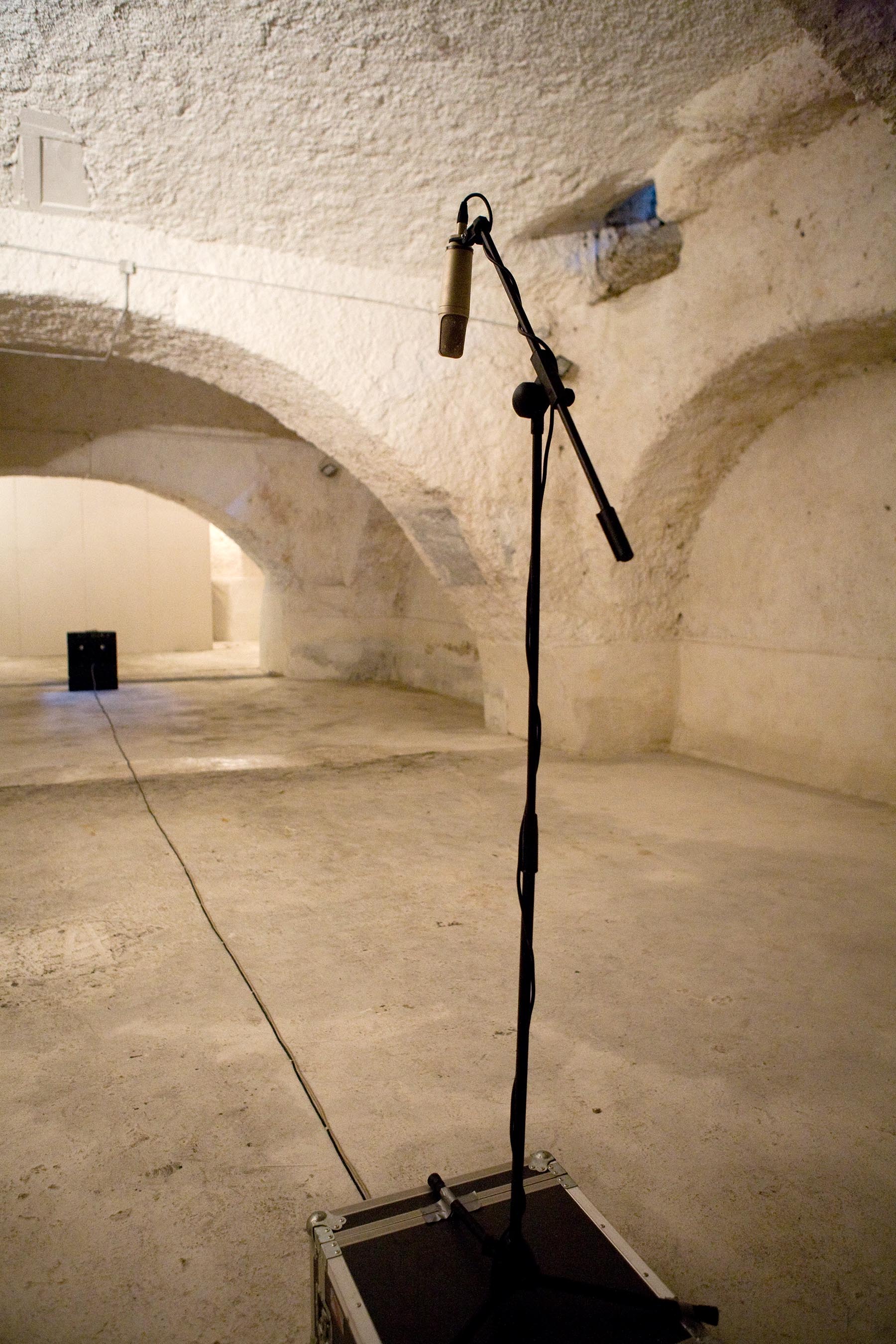 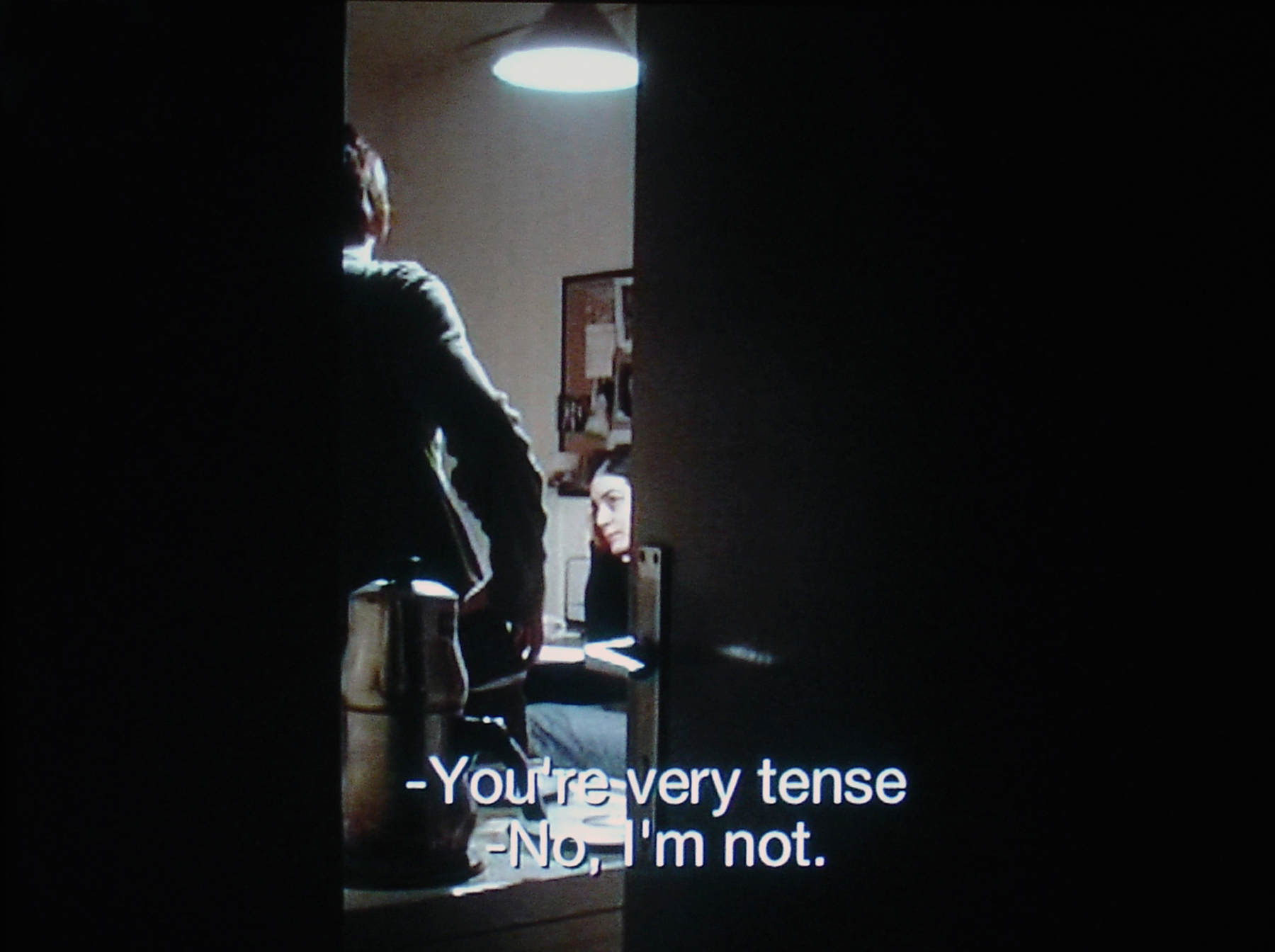 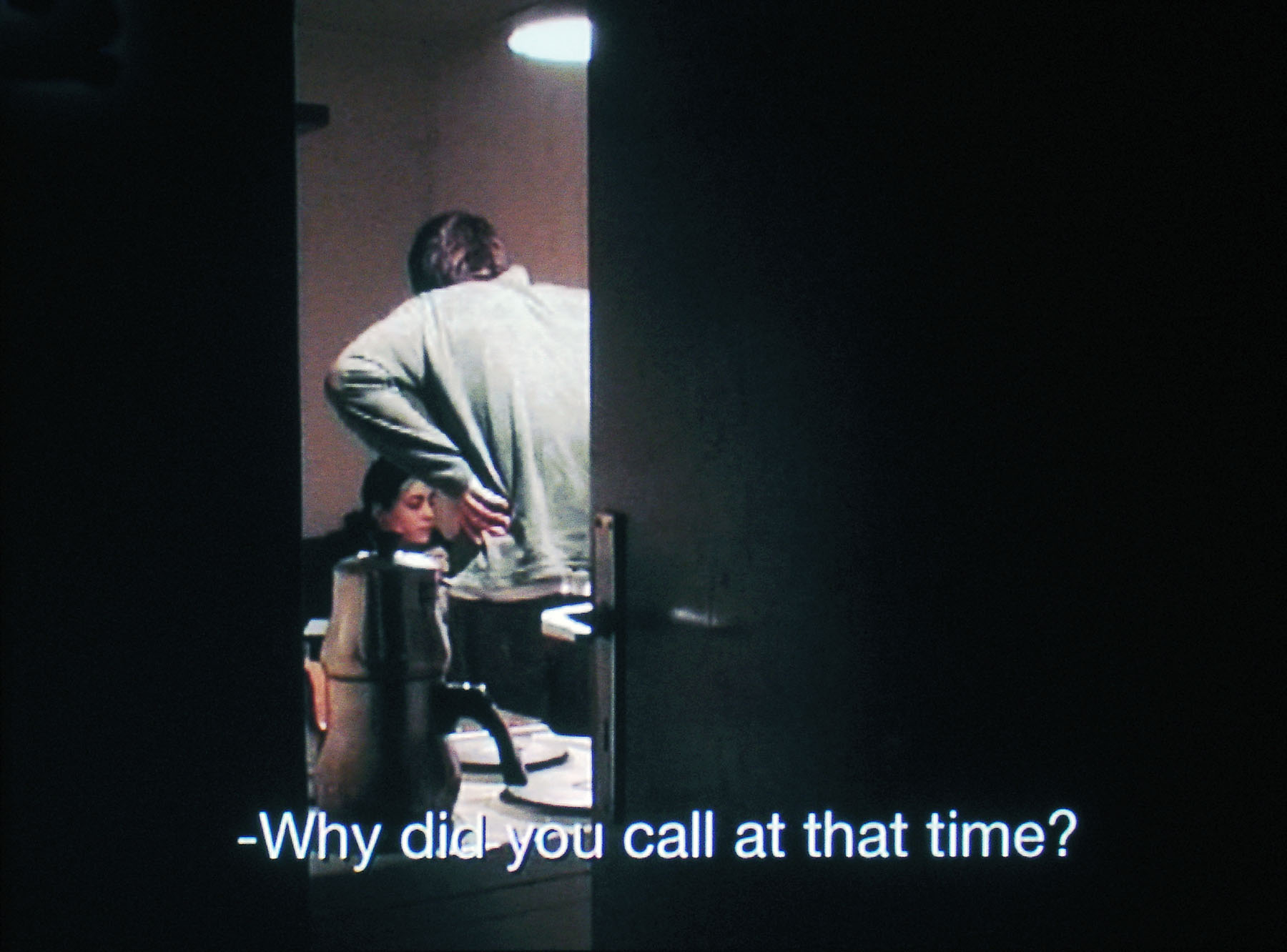 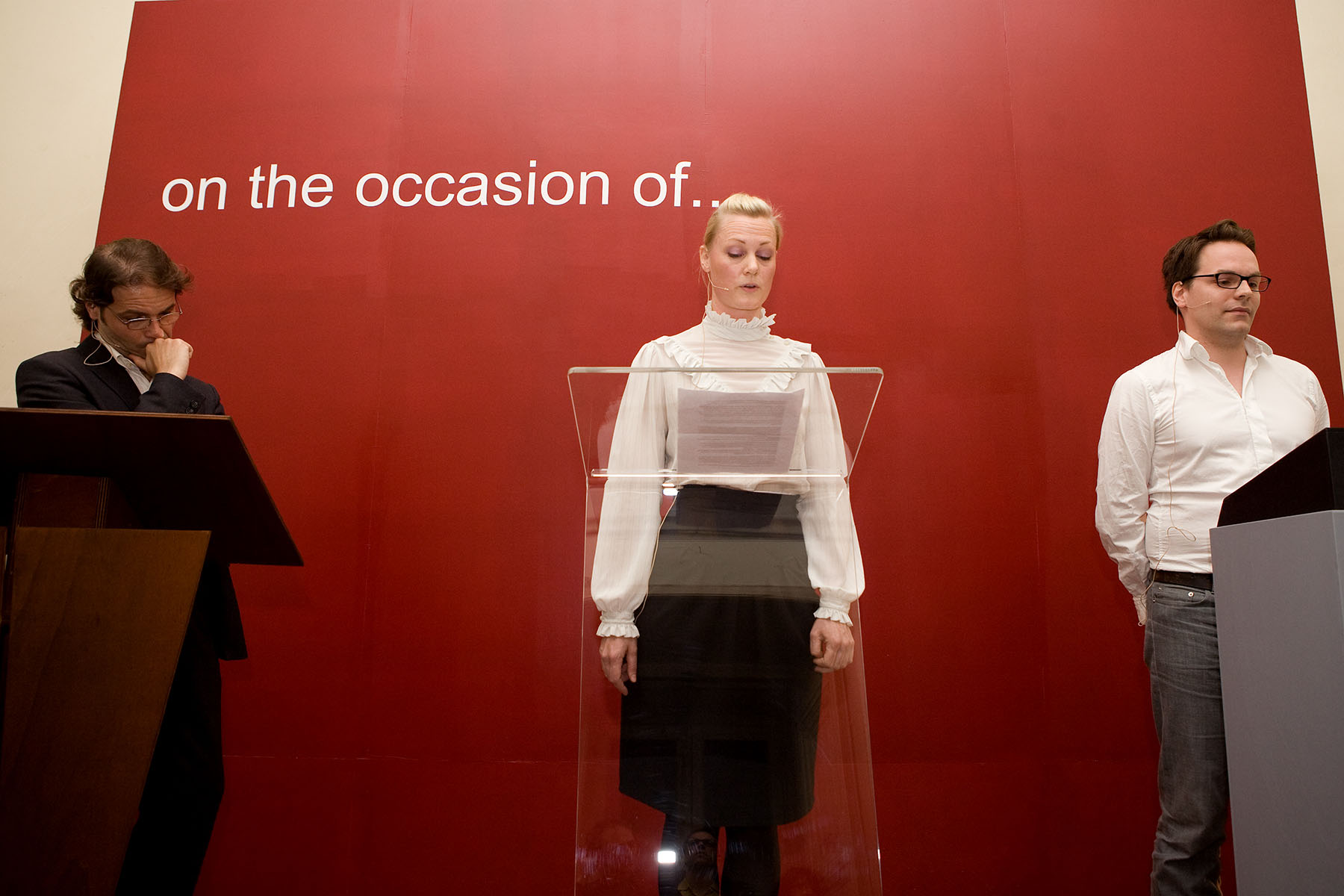 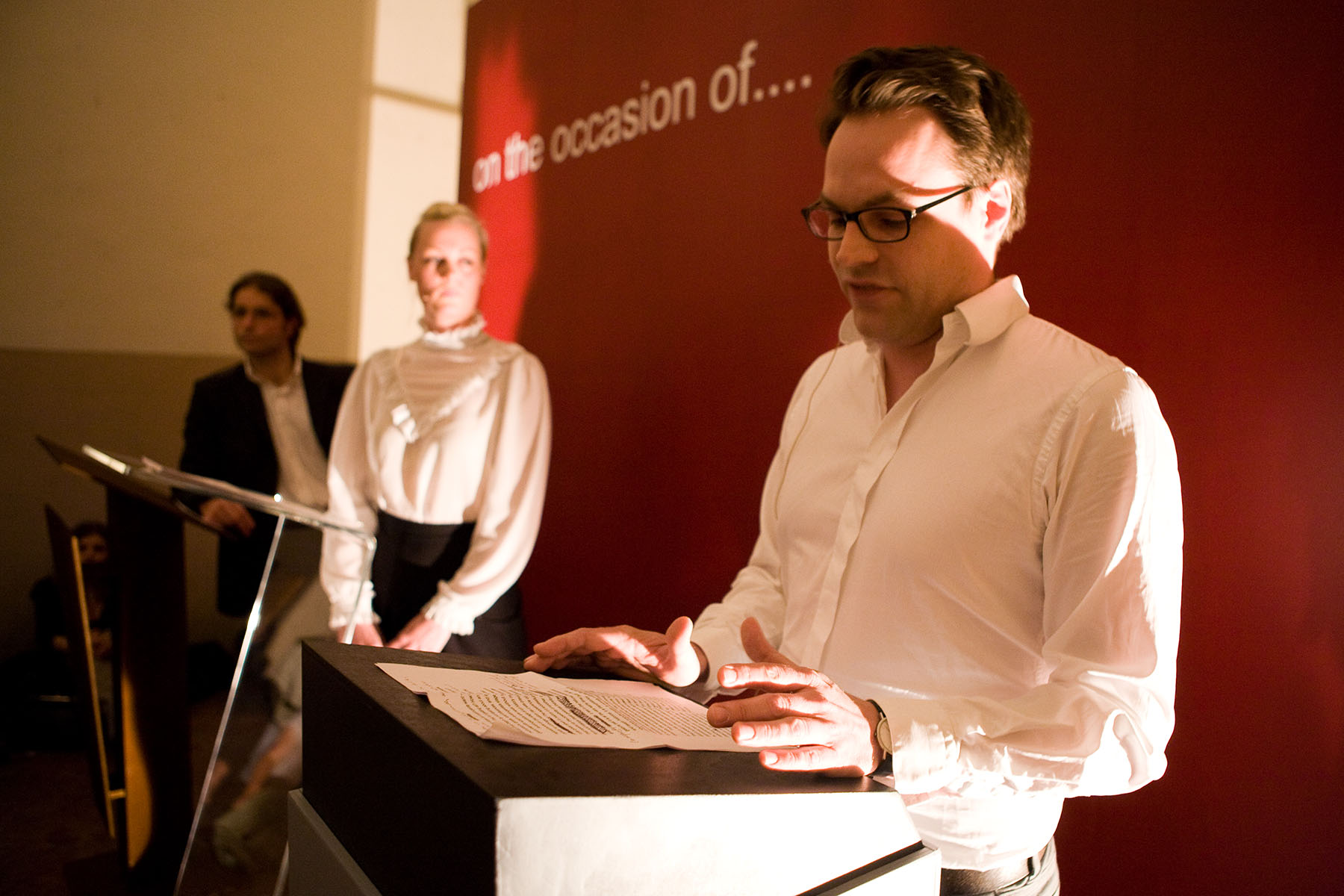 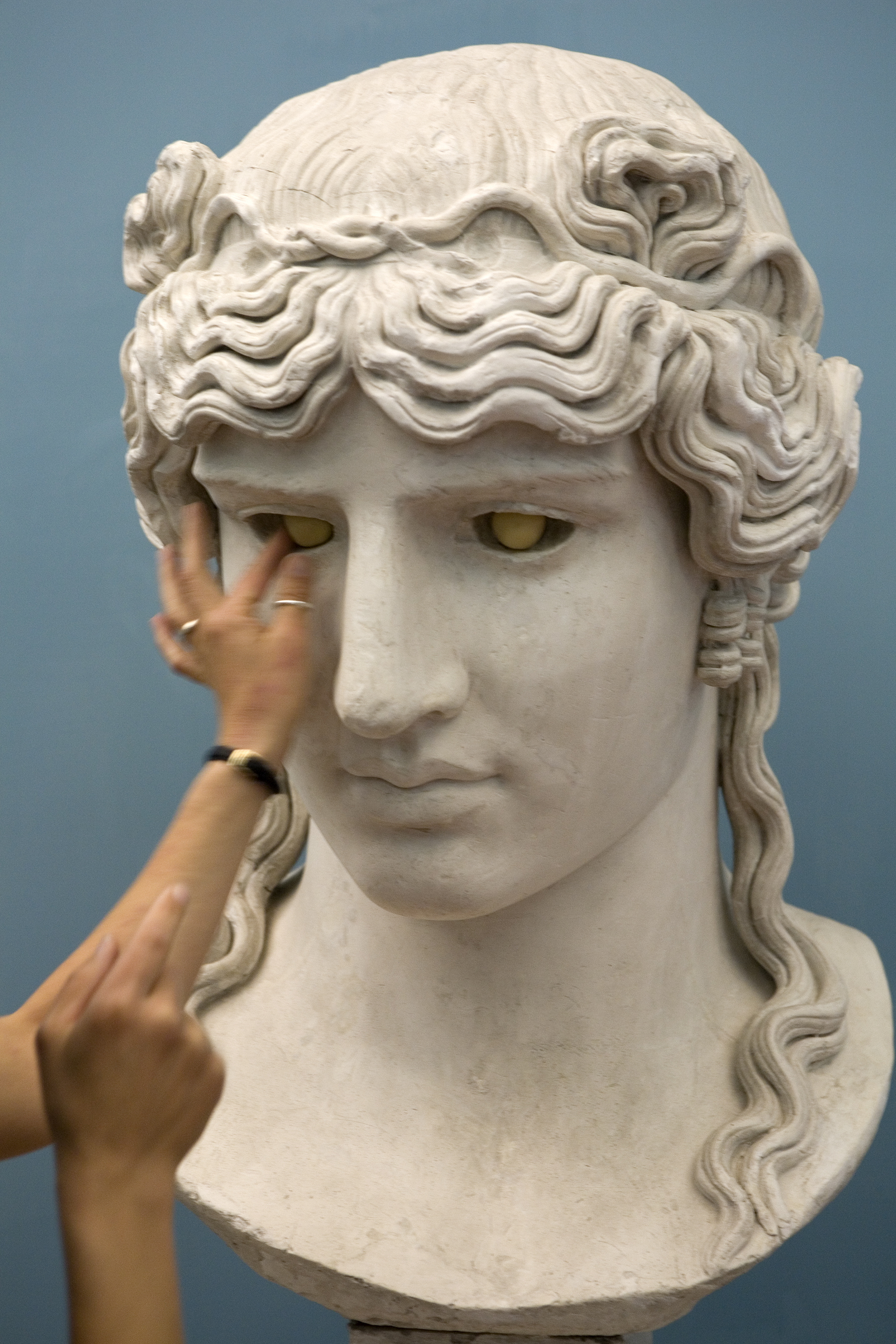 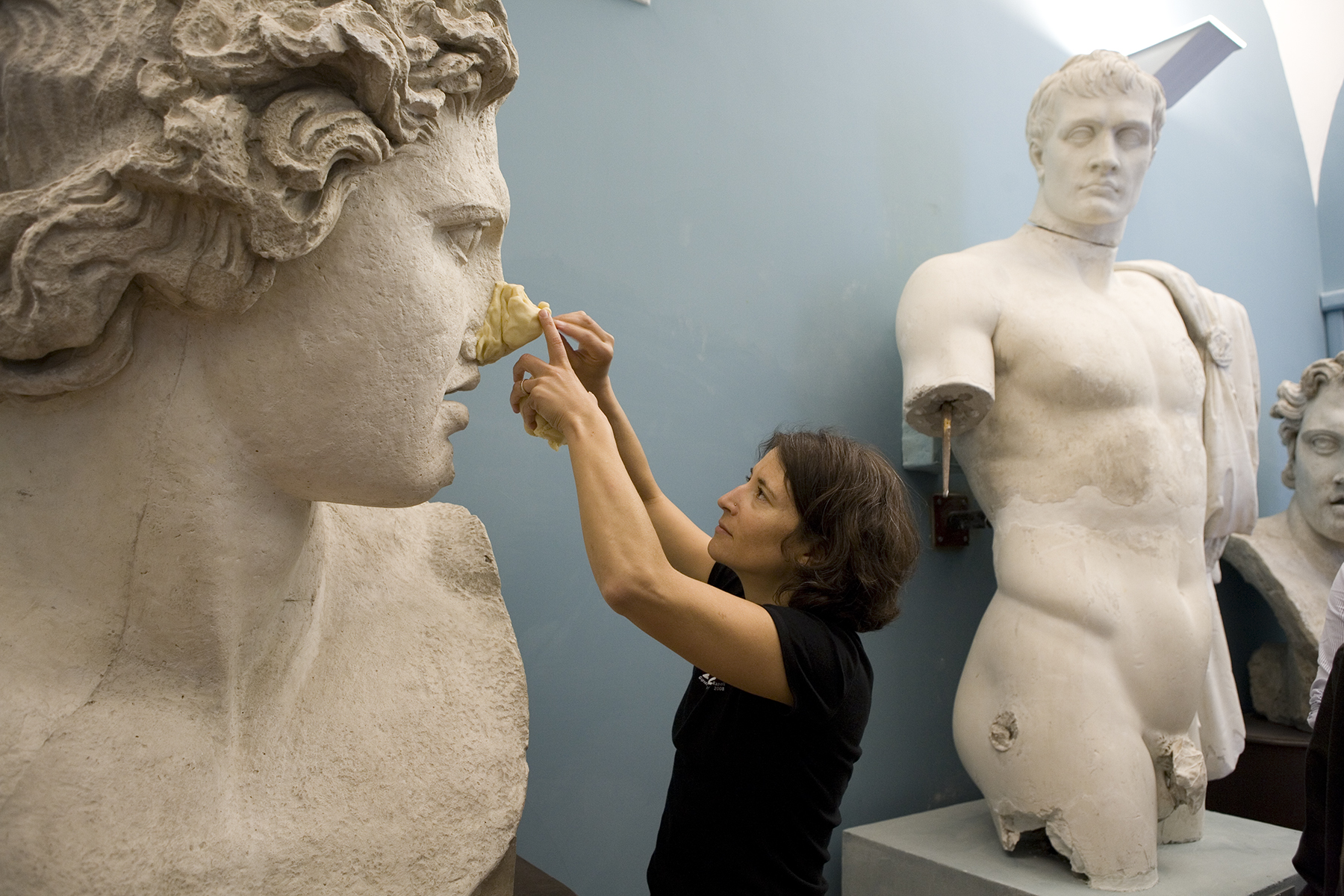 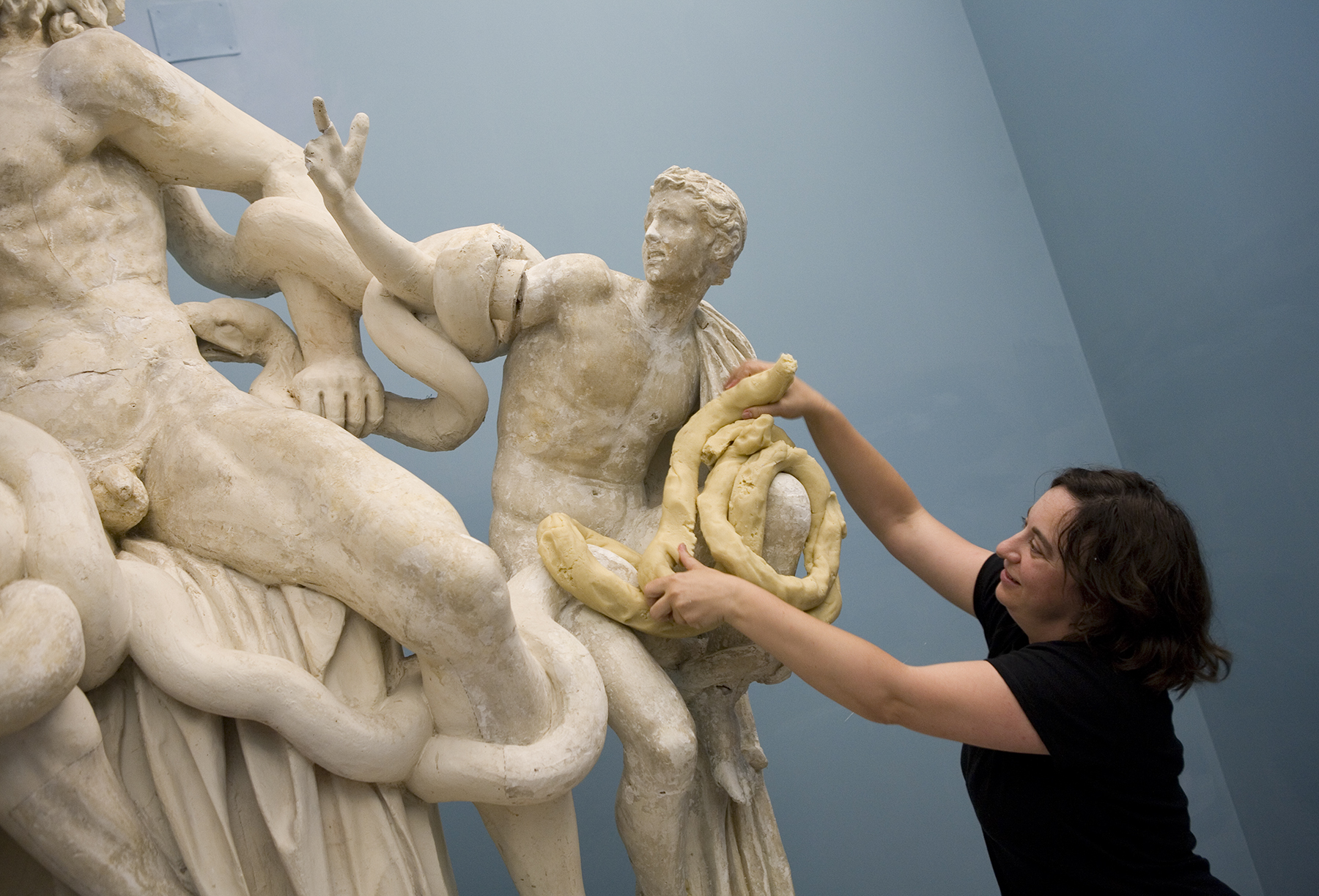 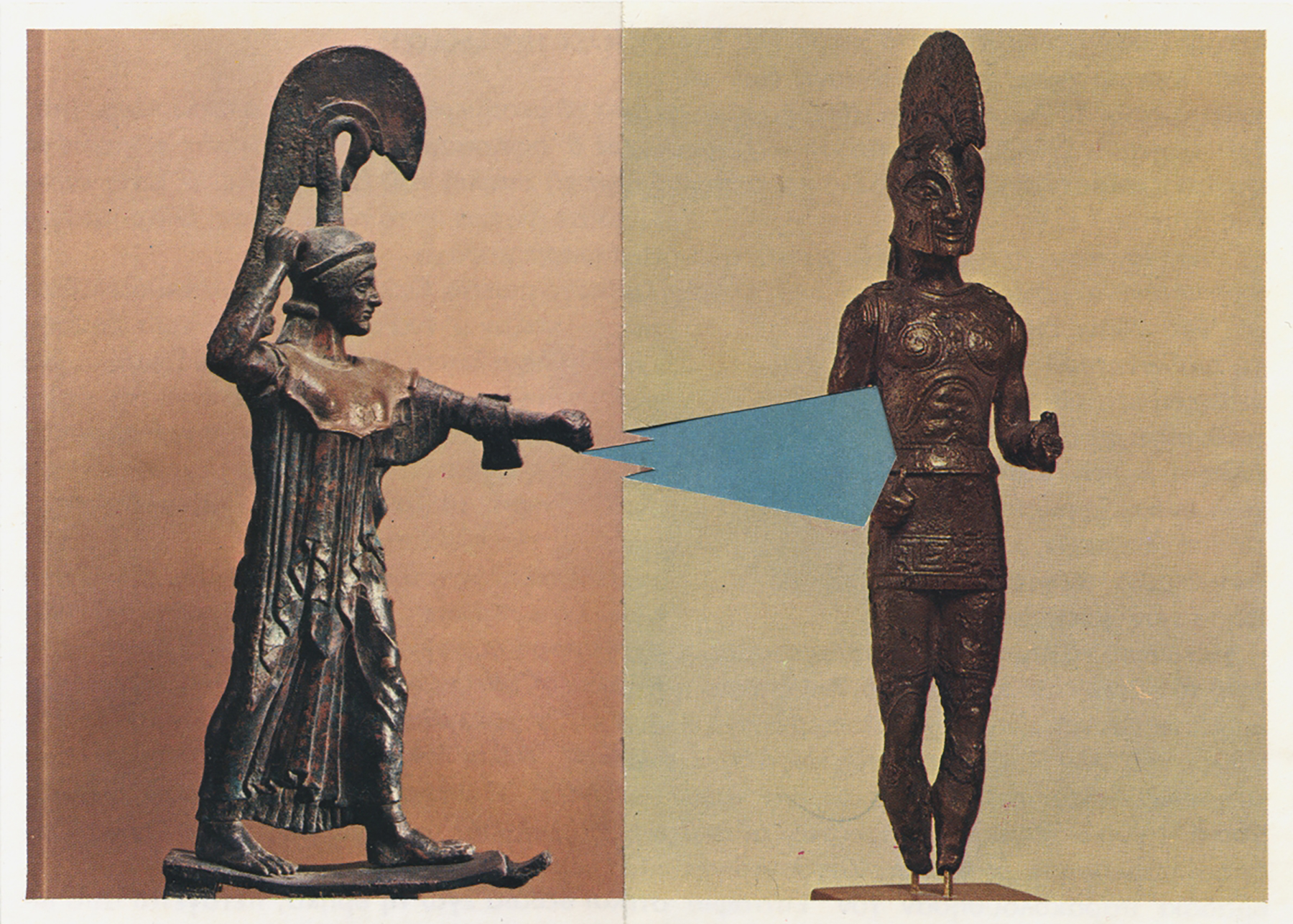 After a string of major solo exhibitions that started in 2006 including Gregor Schneider, Eric Wesley, and Tue Greenfort, this is the first group show at Fondazione Morra Greco. It features the work of nine international artists who are either commissioned new work, or asked to adapt existing work specifically to the picture-gallery and basement spaces of this newly established Foundation located in an old palazzo in the heart of Naples.

The opening of the exhibition on the evening of 21 May will include two live performance pieces by Marko Lulić (7.30 pm) and Christoph Dettmeier (8.30 pm), followed by the performance of Aleksandra Mir & Lisa Anne Auerbach on 22 May, taking place between 12 am and 2 pm at the gallery of plaster casts of the Academy of Fine Arts Naples.

Starting point and concept of the exhibition:

The concept is reflected in the title: Fare una Scenata, or, in English, Making a Scene. The phrase commonly designates a public display of emotion – anger, sadness etc. – often involving exaggerated gestures and facial expressions, screaming, possibly violence against objects or people. In any case, there is no scene made without an audience. The proverbial couples fight – a subject of many comedies and romantic novels and movies, but also ‘serious’ literature and auteur cinema – is loud, involves glasses being thrown against the wall or clothes out of windows and, whether consciously or not, is enacted not least with the neighbors’ presence in mind. Of course ‘making a scene’ is not least a tourist cliché of Naples, carefully nurtured by the makers and consumers of popular culture (think of scenes in an old Hollywood movie like It Started in Naples (1960) with Sophia Loren and Clark Gable), but also by Neapolitans themselves.

The idea is to take the cliché serious, and explore its layers of meaning as a means to understand the relationship between artistic process and its aftermath in space, object or image, and audience reaction. Isn’t there a kind of ‘unwritten contract’ between the artist and his or her audience, regarding what they ‘deliver’, whether it’s meant to be entertainment, enlightenment, or estrangement? A good example (and a trigger for the show’s idea) of what happens if that ‘contract’ is broken is an infamous stage performance of the american comedian Andy Kaufman in 1979. After having asked his family onto stage to amateurishly tell jokes or sing, Kaufman suddenly seems on the verge of tears when the audience reacts with boos and hoots. He starts to sob, and suddenly it’s as though he has turned the tables and transformed his audience into the actual family reunion, embarrassed by one of its members suddenly disclosing a dark secret and suffering a nervous breakdown. When he eventually starts hitting congas to the rhythm of his sobbing, everyone laughs again, as if relieved that the broken contract has been ‘healed’.

Making a scene is about setting up a conflict in order to bring out the ‘truth’ – or deflect from the truth! – about a relationship: whether it’s between lovers, between members of different social groups, or between artist and audience. It is a ‘hysterical’ strategy of problem solving, of consolation – or of problem producing, of declaring fundamental disagreement. A good example of that latter aspect is closely connected to the history of Naples and appears in a scene in Vittorio de Sica’s film The Gold of Naples (1954), after the eponymous book by Giuseppe Marotta. In the scene, the neapolitan actor Eduardo De Filippo gives a group of men from the neighborhood advice about how to punish a stone-hearted duke with the pernacchio, a neapolitan expression of contempt, of telling someone they were the scum of the earth – a buzzing sound made by placing the tongue between the lips and forcibly expelling air. He advices the members of the neighborhood to ‘greet’ the duke, every time he passes by in his car, by calling out his full name “Duca Alfonso Maria di Sant’Agata dei Fornai”, followed by a collective pernacchio. It becomes a revolutionary trumpet call, or rather, the sound of a monumental, larger-than-life whoopee cushion, as if letting off the air of the duke’s inflated ego.

The works shown in the exhibition run the gamut of the different layers of meaning of ‘making a scene’. While there are no illustrations of the ‘classical’ romantic comedy couples fight, there are works that – fiercely, or humorously – stage a conflict that could ‘breach the contract’ with the audience, or enact hysterical ‘problem solving’, while others subtly visualize and structure in space the imaginative realm which enmeshes these kinds of interactions.

The Artists and the works:

Lisa Anne Auerbach and Aleksandra Mir
While pursuing separate artistic careers, they have previously collaborated on the exhibition Miss America, a fierce and funny exploration of the effect of the Bush era political climate on female role models (Los Angeles, Rental Gallery, 2006). This time, they will realize a new piece entitled Marzarama involving the ‘healing’ of plaster casts of classical statues in the Gipsoteca of the Academy of Fine Arts Naples. In a live action, Auerbach and Mir will use marzipan as a means to repair or add noses, finger or toes – parts often missing in the original life size sculptures – in an absurd act of reconstruction, thus merging the study of antiquity’s beauty ideals with contemporary trends of plastic surgery. Some of these ephemeral acts might result in comically helpless attempts to replace whole limbs, or develop into new bodily forms as yet unknown to the human species, producing fleeting moments of rapture to be captured in a video that will be displayed at the Foundation.

Pierre Bismuth
He has realized a new piece from his series entitled Following the Right Hand Of especially for this context. The idea of this series is to follow, for the duration of a movie, the right hand of an actress with a marker pen so that through her movements the actress ‘helps’ in producing a drawing. This drawing on glass is then placed in front of a still image of the actress from the film. The original gestures – whether subdued or hysterical – are transformed into a kind of diagram, and thus, together with the still image, produce a cipher of the acting out of desires and conflicts. In the case of the piece for this show, it follows the right hand of Sophia Loren in Vittorio de Sica’s La Ciociara (Two Women, 1960), which tells the tragic story of a woman and her daughter fleeing the allied bombing of Rome during World War II.

Christoph Dettmeier
He will present a new version of his series of performances entitled Country Karaoke. Dettmeier beautifully karaoke-sings some of his favorite country tunes about tragic love relationships, intermittent with a short lecture about the catholic female role models that are peculiar to the so-called spaghetti western genre. Dettmeier’s performance includes a slide show of urban wastelands – some from Naples – that practically are the ‘monument valleys’ of today, and a formalized ‘dance’ interaction between Dettmeier and a video projection. All these elements – together with a simple stage set – form the work, which will remain on display in a transformed form for the duration of the exhibition.

Haris Epaminonda
She used found film material of Greek melodrama b-movies for her mesmerizing, haunting video installation Tarahi (2007), a spatial sequence of color-saturated images that feel like they stem from a surreal parallel-world version of Hitchcock’s Vertigo. Images are superimposed – a pomaded man with a microphone looks to the sky, while a firework appears on his face; or families cross an airfield, while a bleached-out sun follows them like a searchlight (this aspect of Epaminonda’s video resonates with her black and white collages, which similarly work with surprising juxtapositions). The superimpositions and fragmentations of the three alternating projections create a musical rhythm that corresponds with the soundtrack of beautifully unresolved piano chords by russian composer Alexander Skrjabin.

Özlem Günyol e Mustafa Kunt
They will present the video piece Section 1 (2005). The short, looped sequence captures the reenactment of a scene from the movie Itiraf (2002) by renown Turkish director Zeki Demirkubuz, which tells the story of a man suspecting his wife of being unfaithful. While Günyol and Kunt stick close to the actual dialogue in the original scene, they substantially alter it by transposing it from the semipublic setting of a restaurant to the – seemingly – private setting of a kitchen, glimpsed at through a door ajar. The often abrasive, hurtful nature of what is said is juxtaposed with their curiously calm behavior, all in all creating a weird layering of a fictional scenario taken from a film, the reality of a couple, and the performative effort of two artists producing a piece.

Henrik Håkansson
The Swedish artist creates a new piece for the basement space of the Foundation. In many of his previous works, Håkansson has explored the conditions of observing nature, setting out on adventurous field trips to capture, for example, sightings of extremely endangered species such as the Thai Guerney Pitta bird on film. Another strand of his work involves animals as musical performers, be it frogs croaking in sync with ambient techno played to them in the marsh habitat (Frog for E.S.T. (eternal sonic trance), 1995), or hundreds of crickets performing live on a veritable rock band stage, including reverb sound effects (Monsters of Rock, 1997). This time, a single birdcall will emanate from a traditional rock guitar amp, while the vast, vaulted basement space will be turned into a natural echo chamber, thus inevitably making the noises made by the visitors a part of the sound.

Marko Lulić
He appropriated Yugoslavian partisan monuments for the project Modernity in Yu (2001-2), which ran over the course of several exhibitions, or Mies Van Der Rohe’s memorial for Karl Liebknecht and Rosa Luxemburg (which the Nazis destroyed in 1935) for the different versions of Entertainment Center Mies (2003-4). But he did so with a full awareness of the fact that there is something profoundly ‘inappropriate’ in transferring a public memorial as a ‘private’ sculpture into the gallery space. The ‘inappropriate’, however, is precisely the leverage that allows Lulić to shake fragments of modernity out of their historic and heroic paralysis, in order to examine their potential of being reactivated for the questions of the present. In a similar way, for his new piece entitled Opening Speech, he will appropriate generic designs of speaker stands from different periods and contexts – politics, economics, academia – to create a life action scenario for the opening of Making a Scene, involving three art world professionals giving opening addresses (the sound recording of which will continue to manifest itself along with the sculptural elements). The slight pomposity of having three opening speeches – not uncommon actually for museum exhibitions or award ceremonies – will possibly result in moments of absurd misunderstanding, interjections of cacophony, and surprising synchronicity.