Built in the sixteenth-century, Palazzo Caracciolo di Avellino represents one of the grandest residential buildings in the ancient center of the city of Naples, where significant features of its history, from the sixth to the eighteenth century, are still partially visible. The site, which housed the convent of the Benedictine nuns of San Potito, was first owned by the Gambacorta family, then by the Caracciolo de’ Rossi family, before moving on to the collateral family branch of the Princes of Avellino. The poet Torquato Tasso lived in the Palazzo from 1550 to 1554, as mentioned in the plaque placed on the main façade.
The five bays of the Benedictine cloister are visible from the inner courtyard, Largo Proprio di Avellino, while the monastic structure on the first floor remains almost unchanged, with a corridor and monastic cells with keel-vaulted ceilings. The biographer De Dominici attributes this work to the architect Giacomo De Santis1.

Francesco Marino Caracciolo (1688-1720) was responsible for the building’s modernization in the early eighteenth century, most notably commissioning Giacomo del Po to paint the frescos covering the sequence of rooms on the first floor. De Dominici explicitly mentions the low and dark rooms of the first floor2 and the painter’s intent to give them more brightness and volume. The frescoes largely represent imagined architectural motifs treated in monochrome, alternated with curtains that unveil grills decorated with gold, still partially visible. Referring to ephemeral structures and exterior architectures, they specifically relate to the limits of space and to the sparse luminosity that they intend to transcend. The allusion to an open and illusory breached space justifies the “total” decoration that covers both the walls and the vaulted ceilings, highlighting the conceptual proximity between the interior and the exterior, which already informed the idea of the courtyard as the structural pivot of the property, where private and public space intersects.

The second floor mirrors the structure of the floor below, but with a corridor and a sequence of rooms that are much larger and higher than those on the first floor, marking it as the actual piano nobile. The corridor presents traces of frescoed decorations more ancient than the variously layered ornamentation of the adjoining rooms, dated between the late eighteenth century and the 1940s. A rare example of staircase a calicò, entirely carved in piperno, a volcanic rock, protruding over the perimeter walls, links the second and third floors.

The Palazzo was sold in 1806 and, since then, it was divided and used for various functions including a primary school and private apartments. During numerous transformations, the frescoed surfaces of the first floor and part of the decorations of the second were covered with many layers of white paint and wallpaper.

In 1996, Maurizio Morra Greco began acquiring single units of Palazzo Caracciolo di Avellino, succeeding in the reunification of an entire wing of the building in 2007.
The Palazzo became the official headquarters of Fondazione Morra Greco in 2003 and since 2006 has hosted an intense program of exhibitions and residencies in the basement, ground, and first floors.

Since 2015, due to the support obtained through Regione Campania on the POIn “Attrattori Culturali, Naturali e Turismo” (FESR) 2007-2013, the Palazzo has undergone an intense renovation and restoration process, in order to facilitate its transformation from its initial conditions of material and structural degradation into a museum standard exhibition complex of international interest. The historical richness of the Palazzo has thus been brought to light, including the recent discovery of the remains of ancient Greek walls in the basement.

Palazzo Caracciolo di Avellino has lived many lives. It bears their traces, still visible to us today, as a symbol of the historical richness and contradictions that characterise the entire city of Naples. Fondazione Morra Greco has begun to write a new page in the history of the building, intending to do so through the involvement of the region and by facilitating dialogue between its communities and the artists. 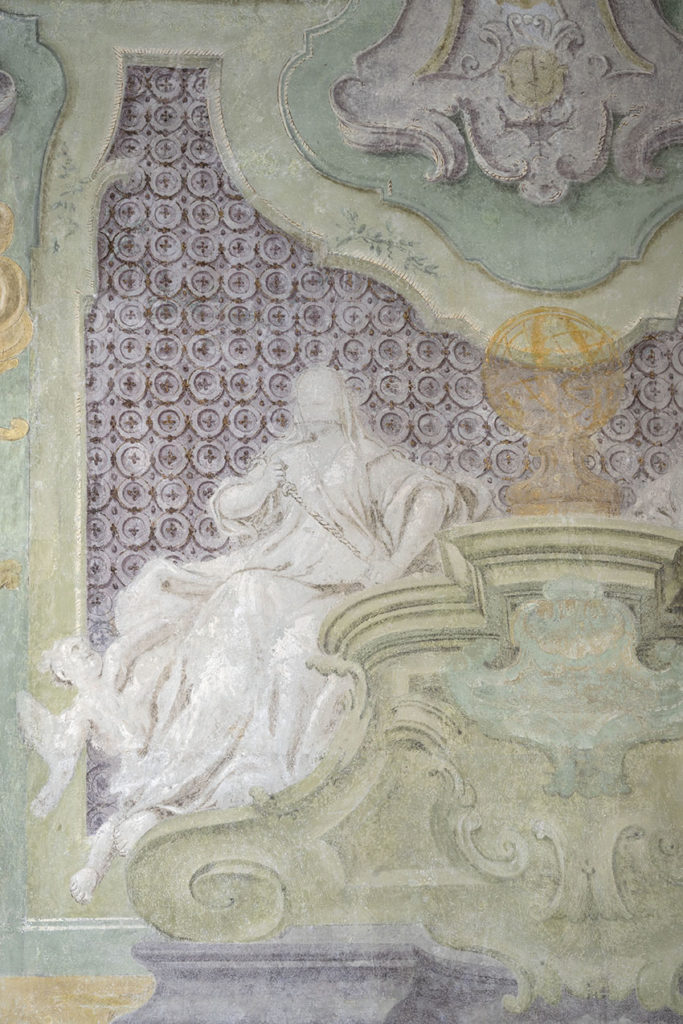