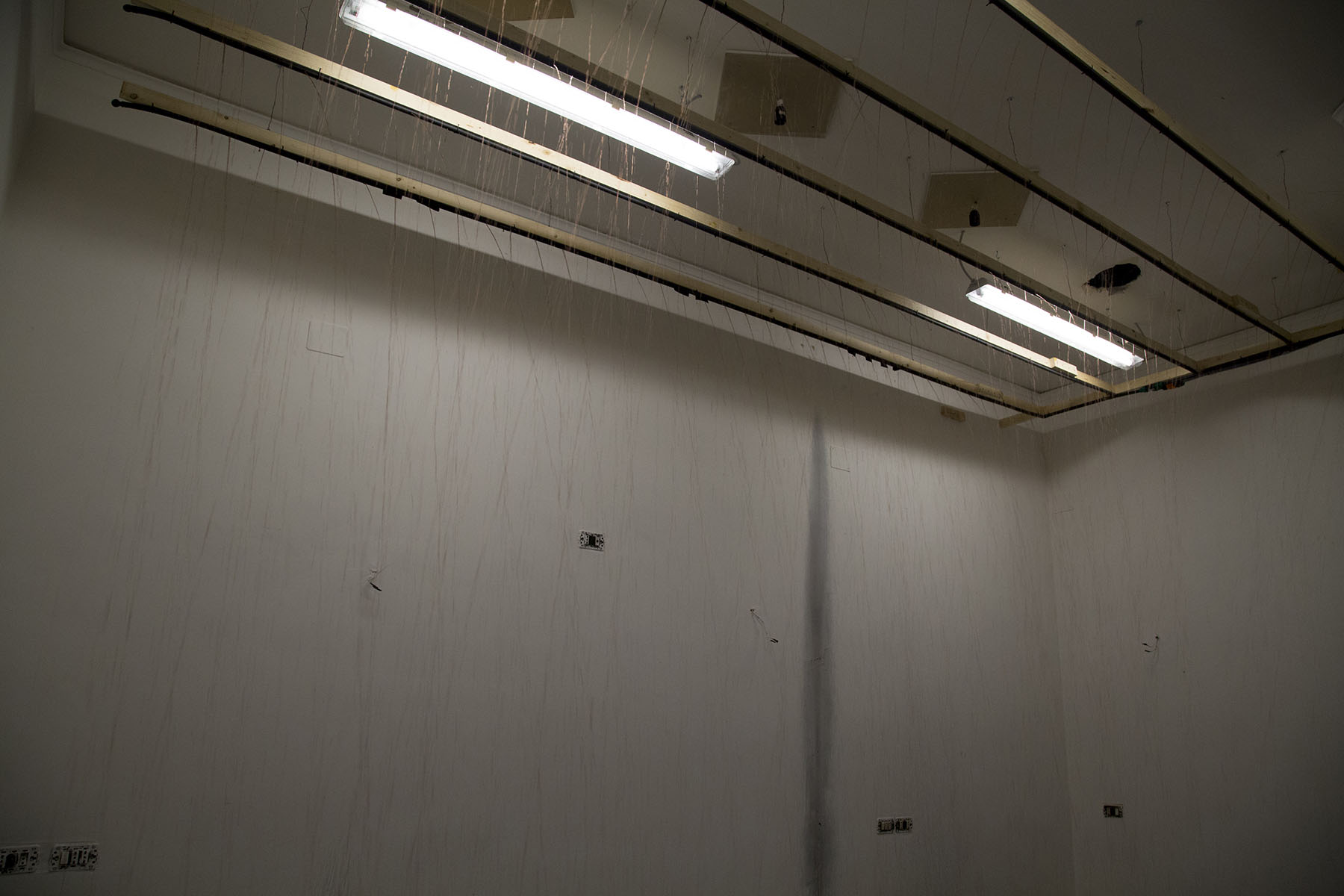 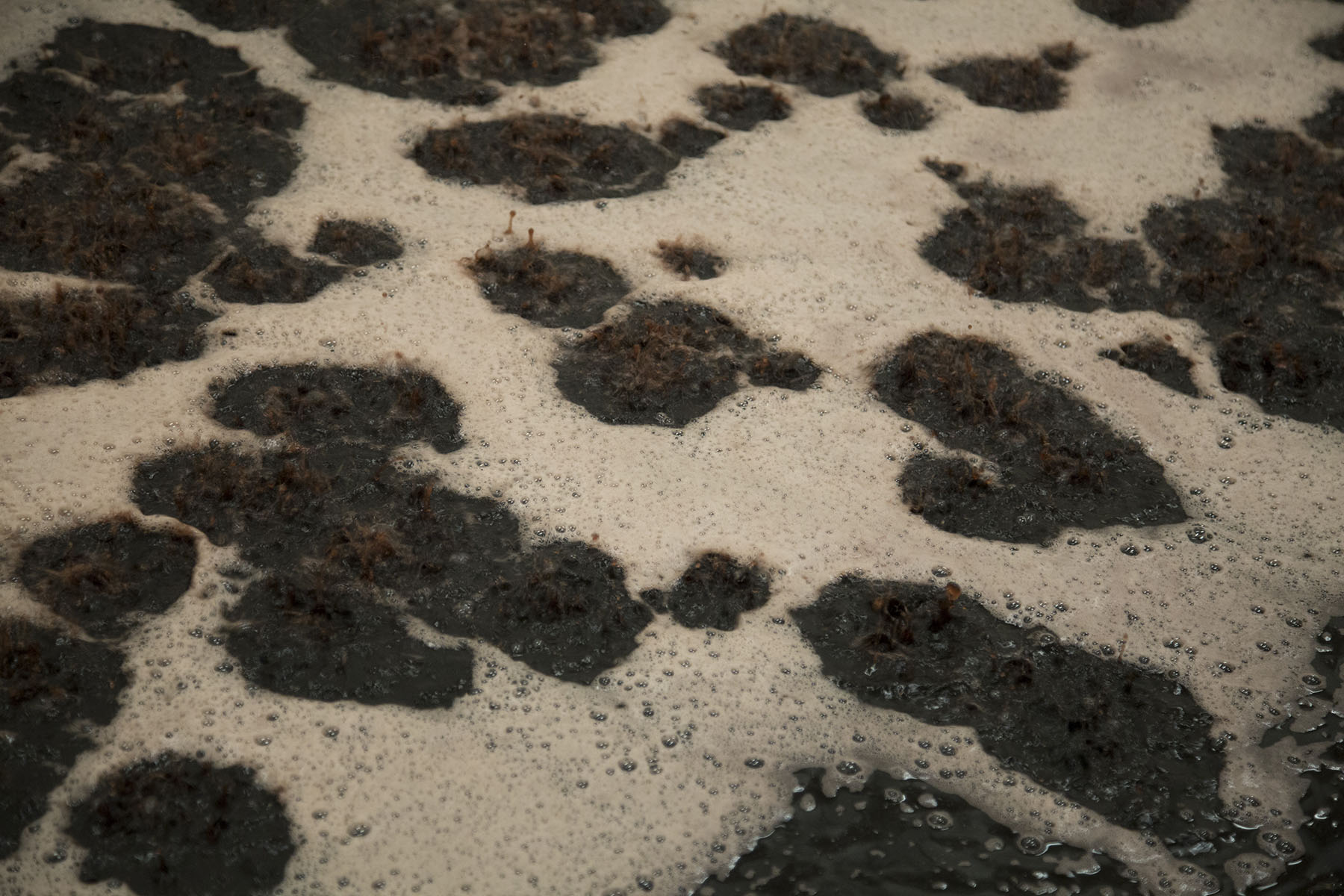 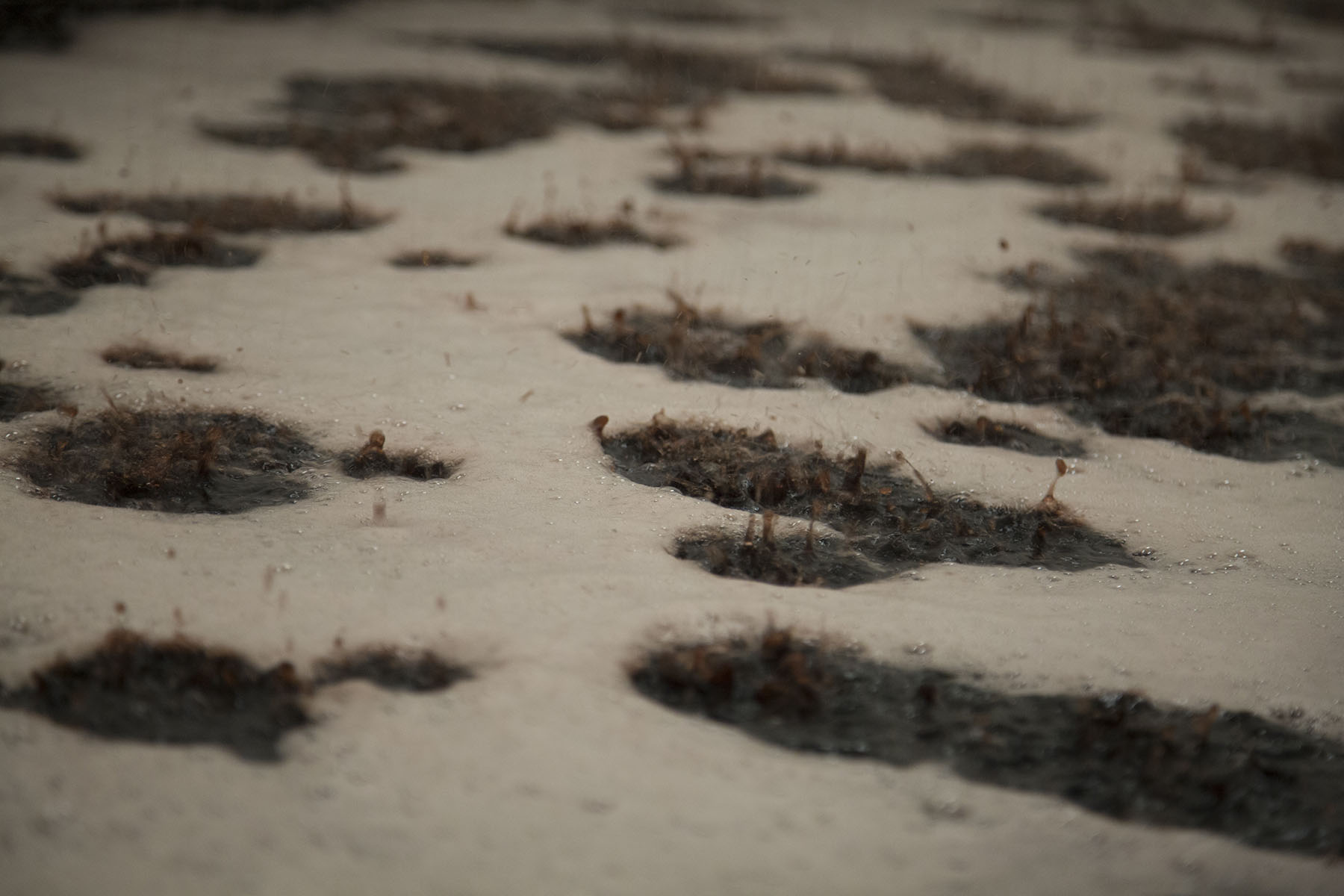 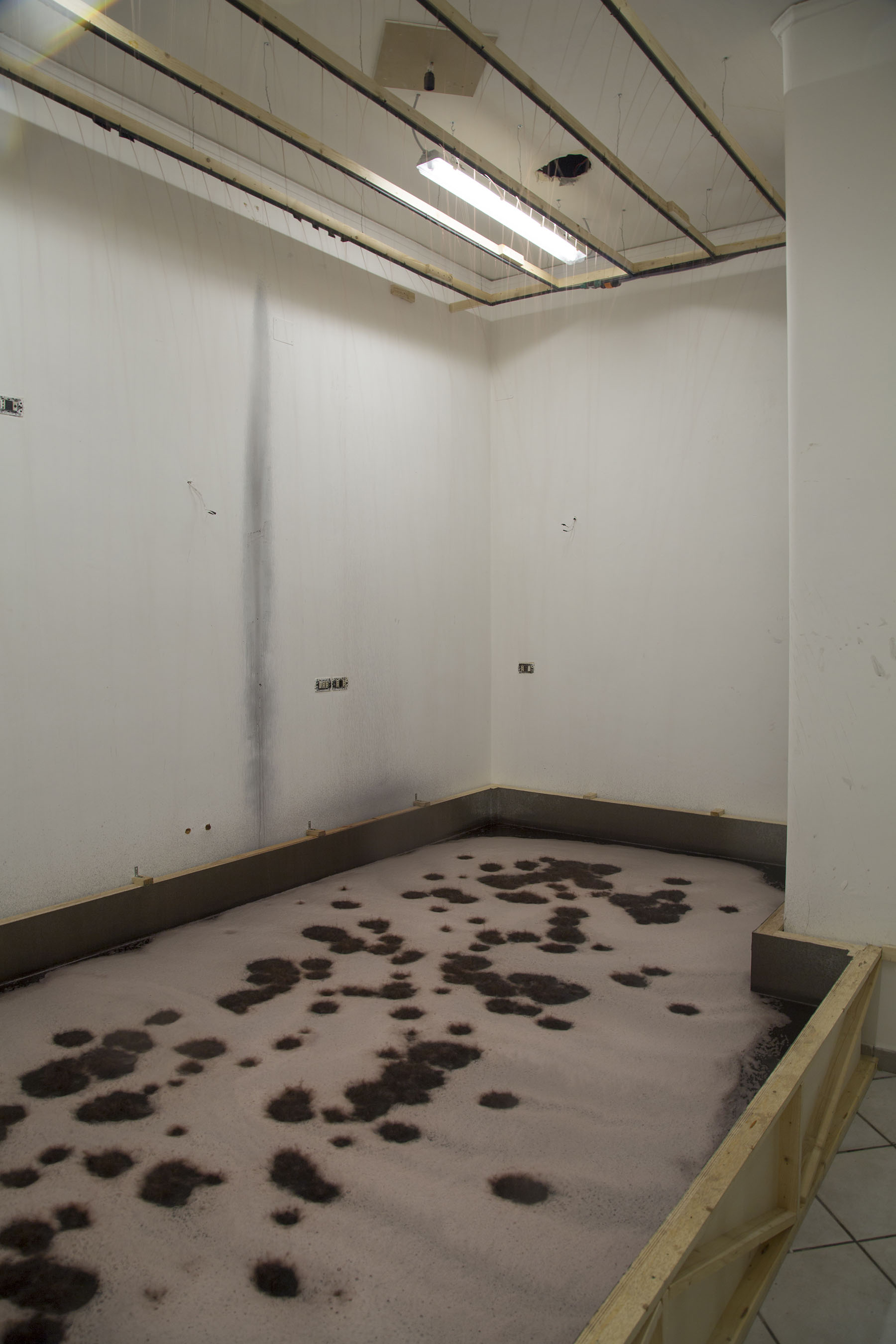 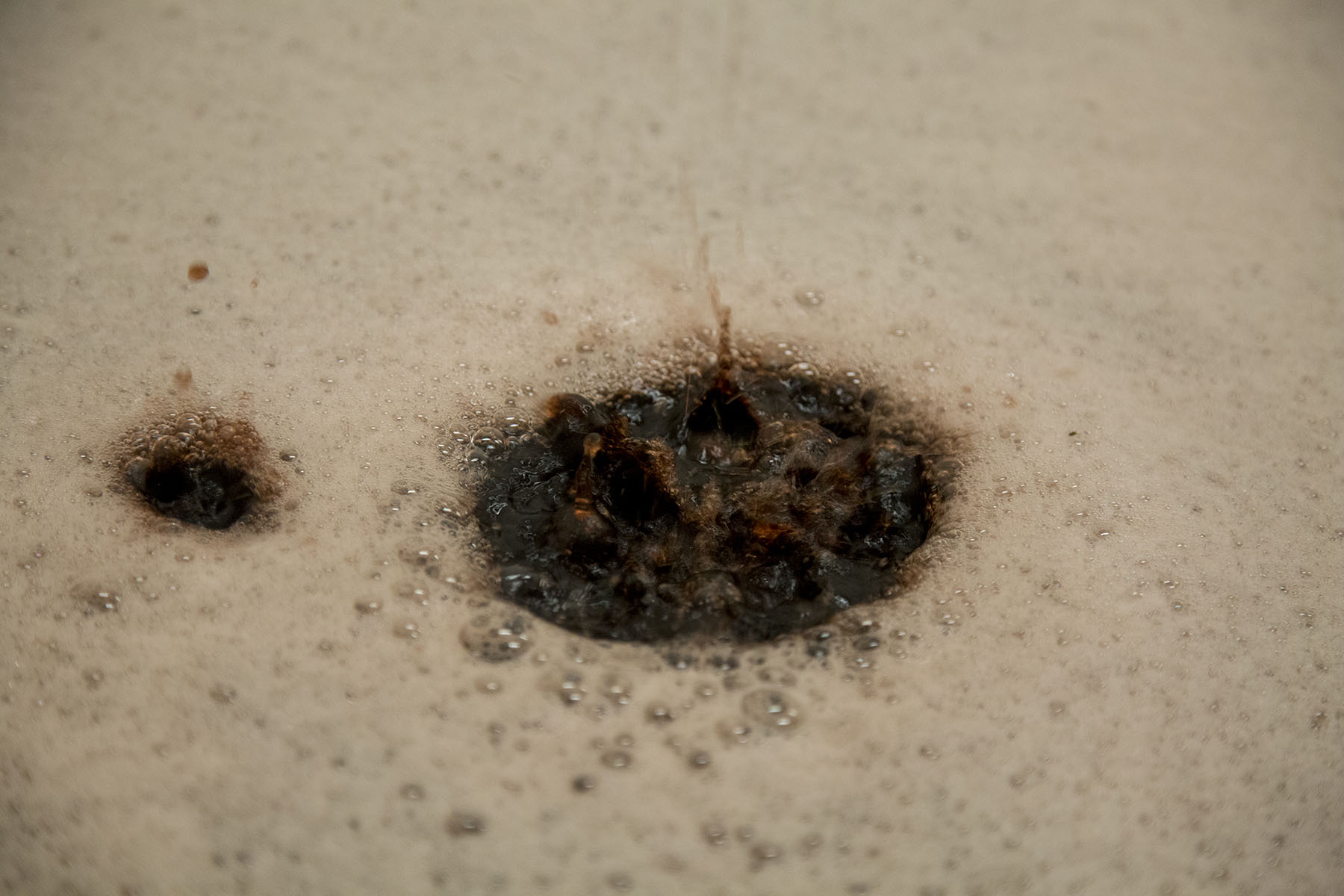 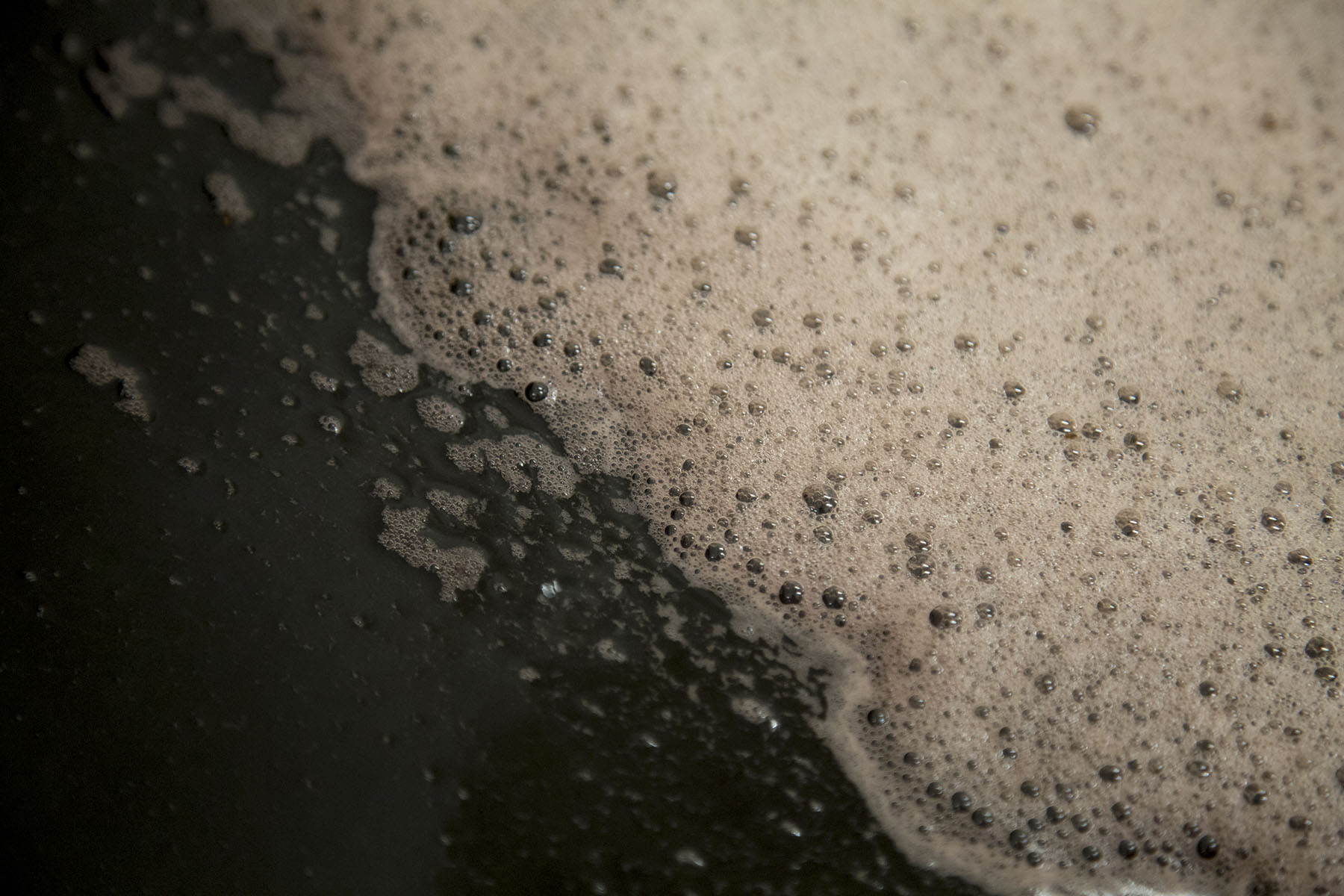 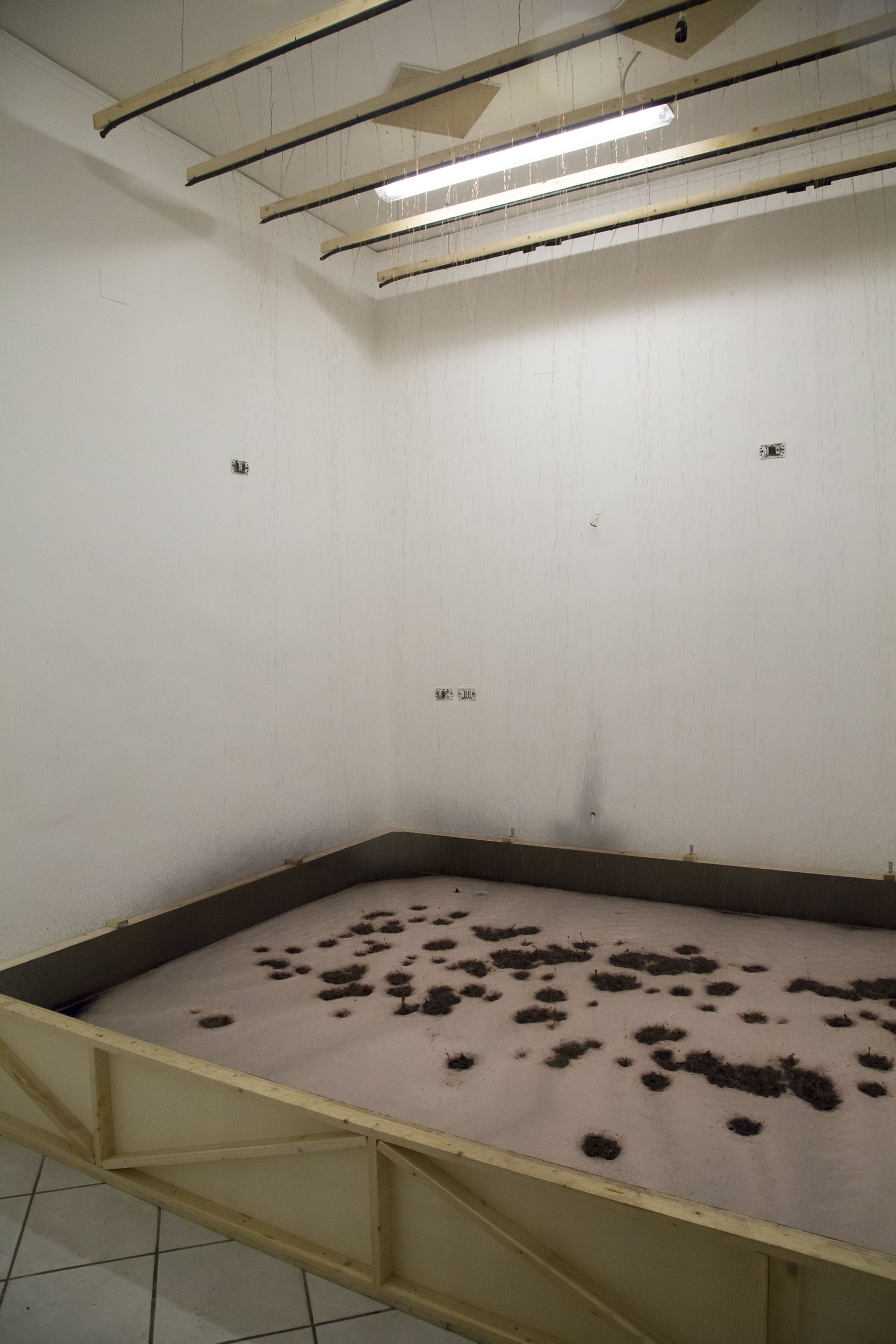 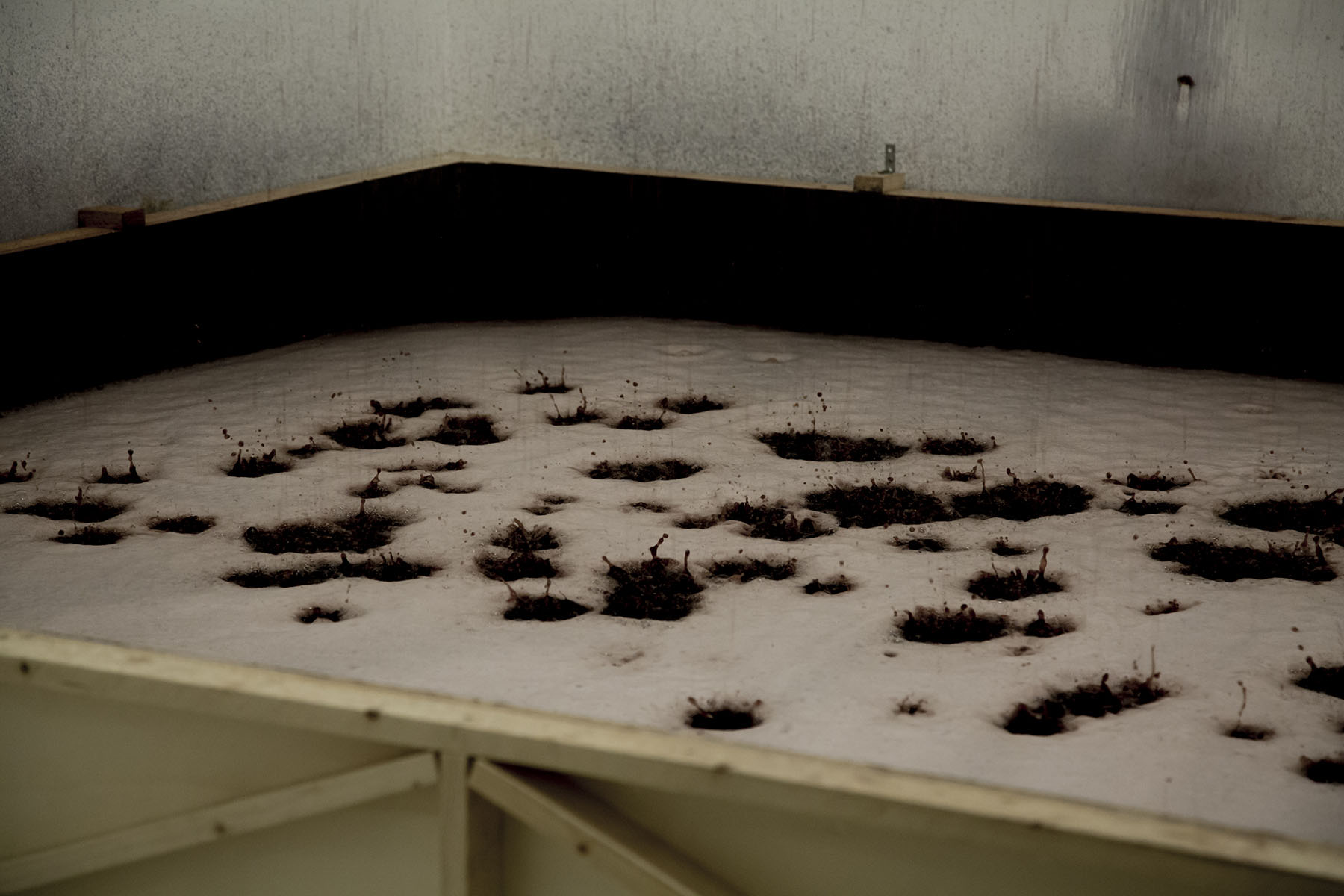 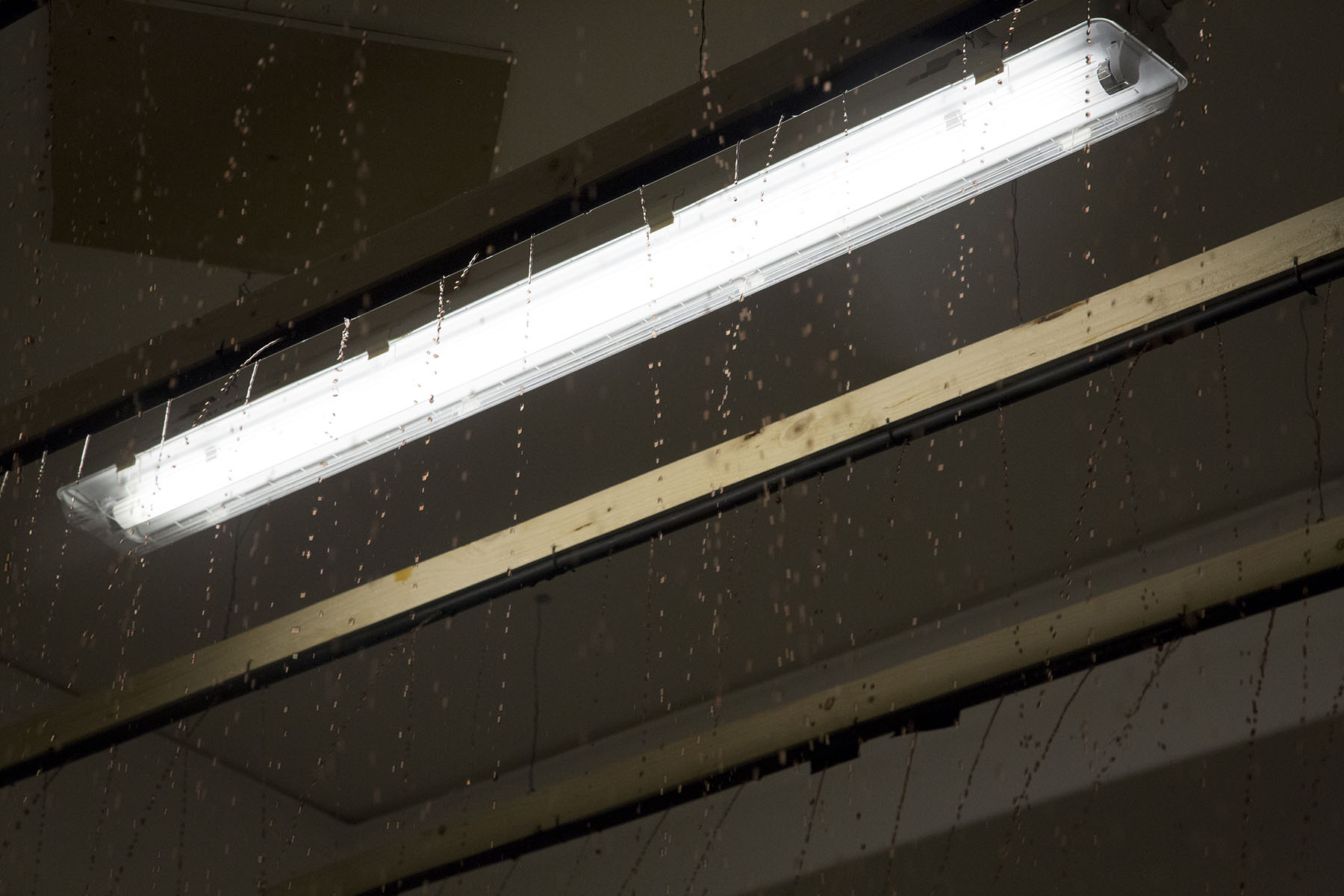 Fondazione Donnaregina per le Arti Contemporanee in Naples and Fondazione Morra Greco are pleased to announce the presentation of the work Pane al Pane by Lorenzo Scotto di Luzio (Pozzuoli, 1972), produced as part of Progetto XXI (ed. 2015), and in the exhibition L’albero della Cuccagna. Nutrimenti dell’Arte (curated by Achille Bonito Oliva and sponsored by Expo Milano 2015), an exhibition project which consists of various activities carried out across the whole of the Italian territory in public museums and private foundations.

No. 3 Largo Avellino, once a barber’s shop, is Lorenzo Scotto di Luzio’s chosen location, where he has inaugurated a new exhibition space for Fondazione Morra Greco, located at street level and exposed to the gaze of passers-by, with the site-specific installation entitled Pane al Pane (Bread to Bread), involving the construction of a hydraulic system inspired by the theme of abundance.

The work, a rain of red wine falling from the ceiling and settling in a large collector tank, explores and develops the already broad repertoire of works by the artist featuring richly ambiguous allegories, in the ongoing conflict between austere elegance and the sense of the grotesque. With Pane al Pane he seems to create the most opulent of bacchanalia: the rain dissimulates, presenting imaginative perceptions of nature itself, but then dirties and rots. The installation, which was born as a “dream” and dies as a “slaughterhouse”, becomes tangible in the total perception of smells, color changes, a decline in volume, offering itself in its constant mutations throughout the duration of the exhibition. At the same time, its frontality becomes a necessary condition in the annulment of the perceptual value of its outline, to show itself simply as a picture that at every new gaze is always different.
Developing in recent decades with the gradual collapse of ideologies sanctioned by the fall of the Berlin wall, abundance, the idea of a seemingly unlimited and inexhaustible consumption of resources and raw materials, broke down with the collapse of the Twin Towers in New York and the ensuing economic crisis, so giving way to one of modern humanity greatest fears, already at the center of Pasolini’s prophecies in the late seventies: the fear of poverty. Here the dimension of the happy hour is magnified and, through the use of enormous quantities of wine sprayed explosively across the slippery setting of the exhibition space, the artist declares bluntly that the search for abundance, like the waste constantly associated with it, lies at the center of reflection accomplished through the work. Pane al Pane, an expression that constitutes a moral appeal to the reality principle, serves as a reaction against a false ideology that needs to be demolished.