Things that happen and things that are done. On beginnings and matter 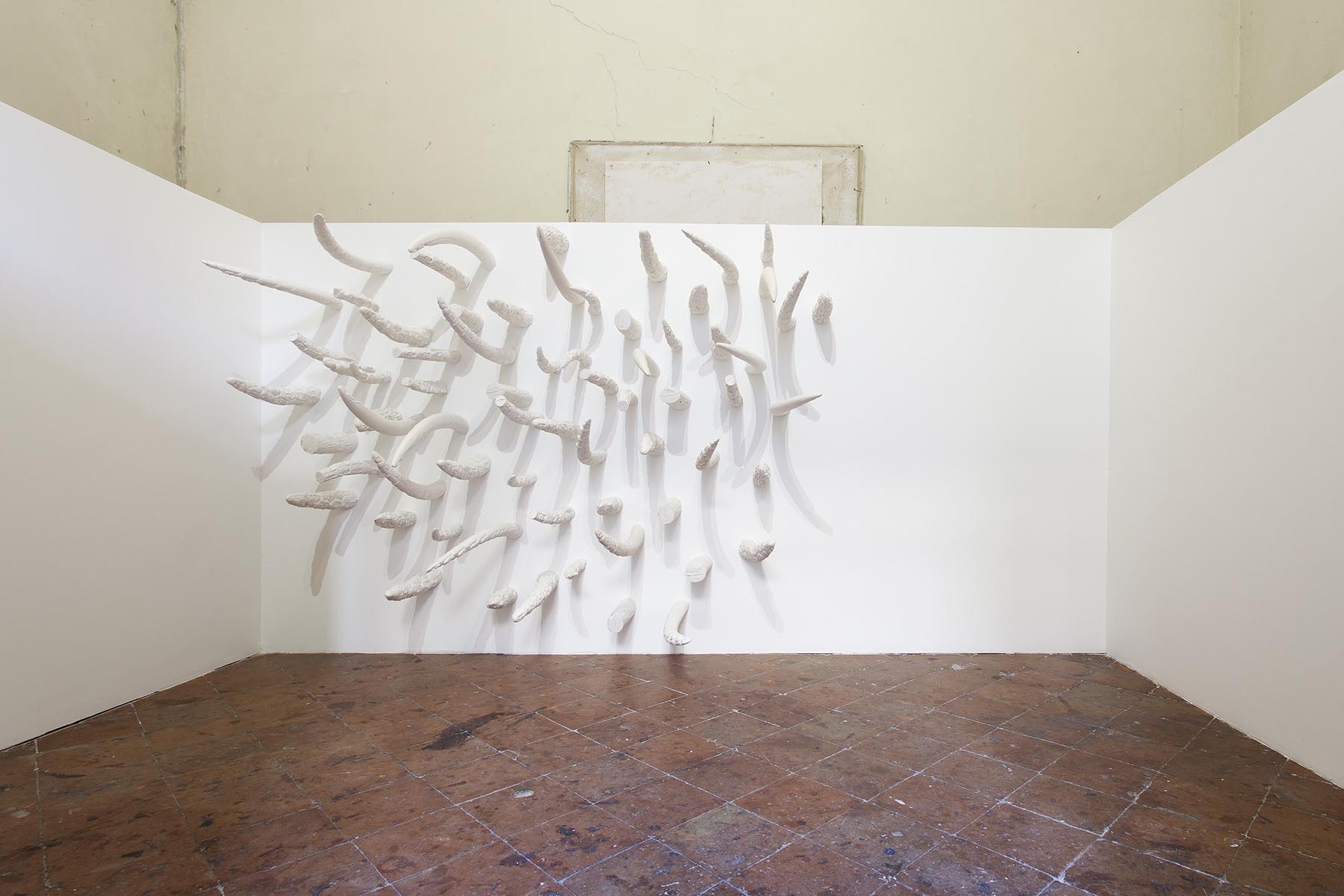 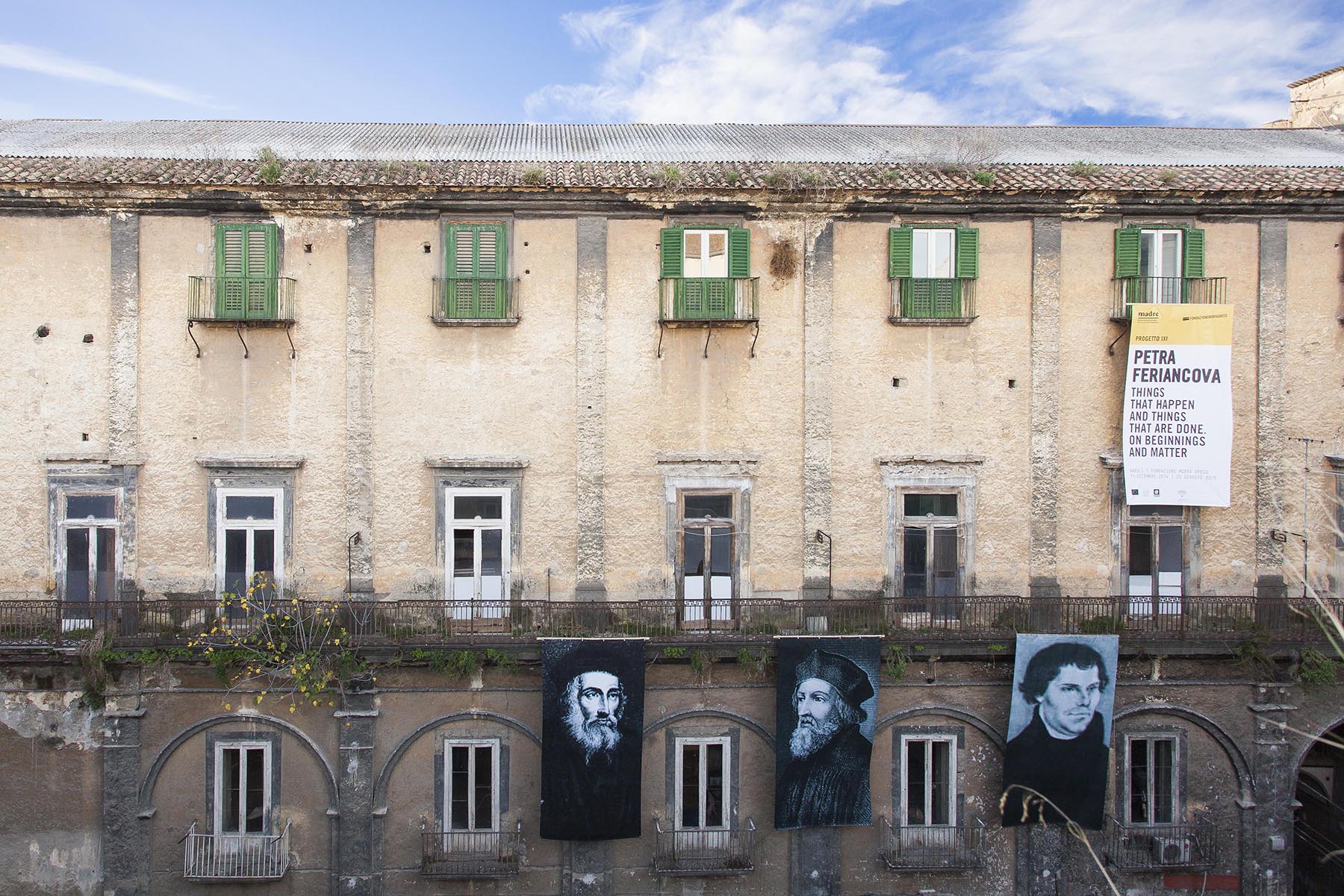 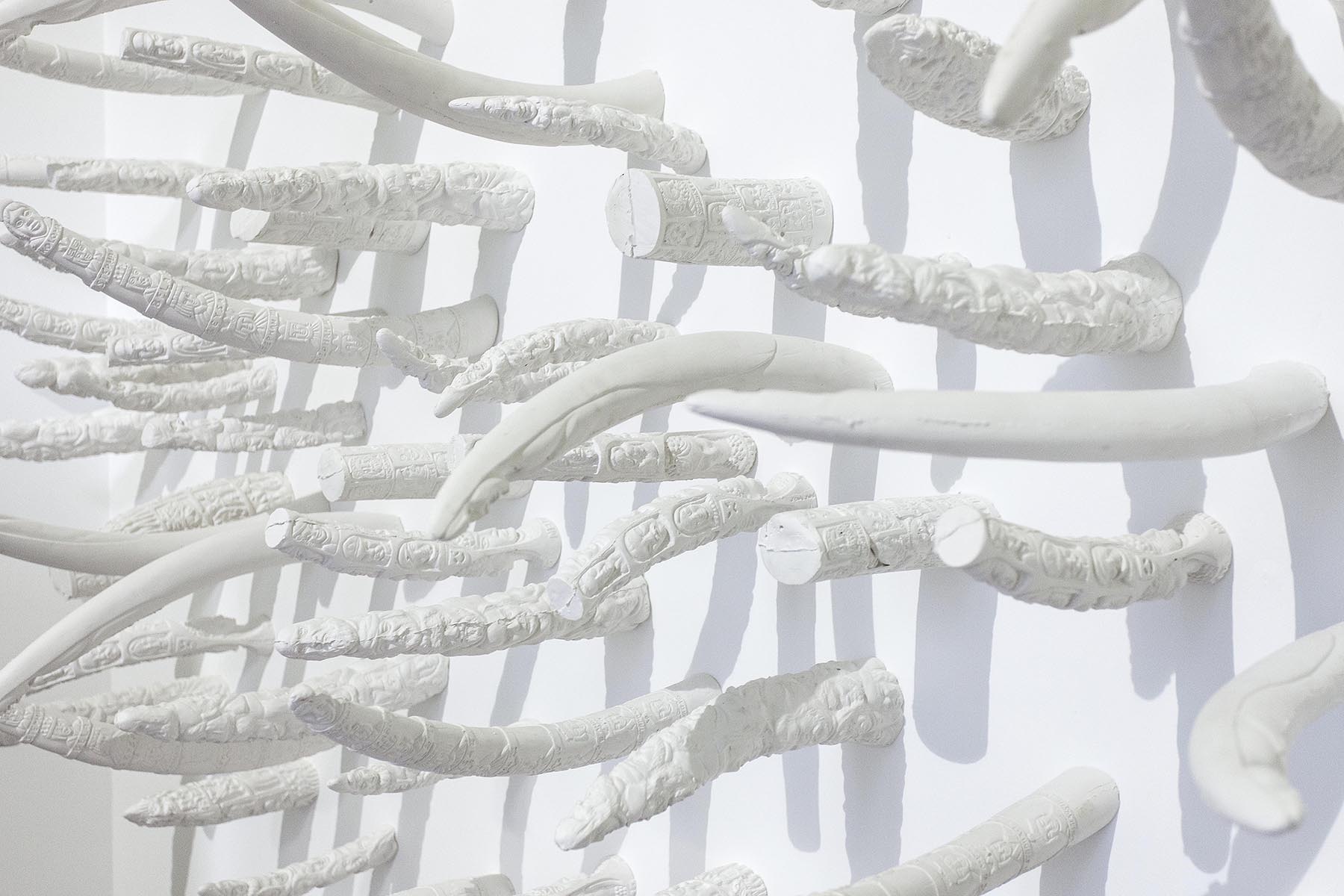 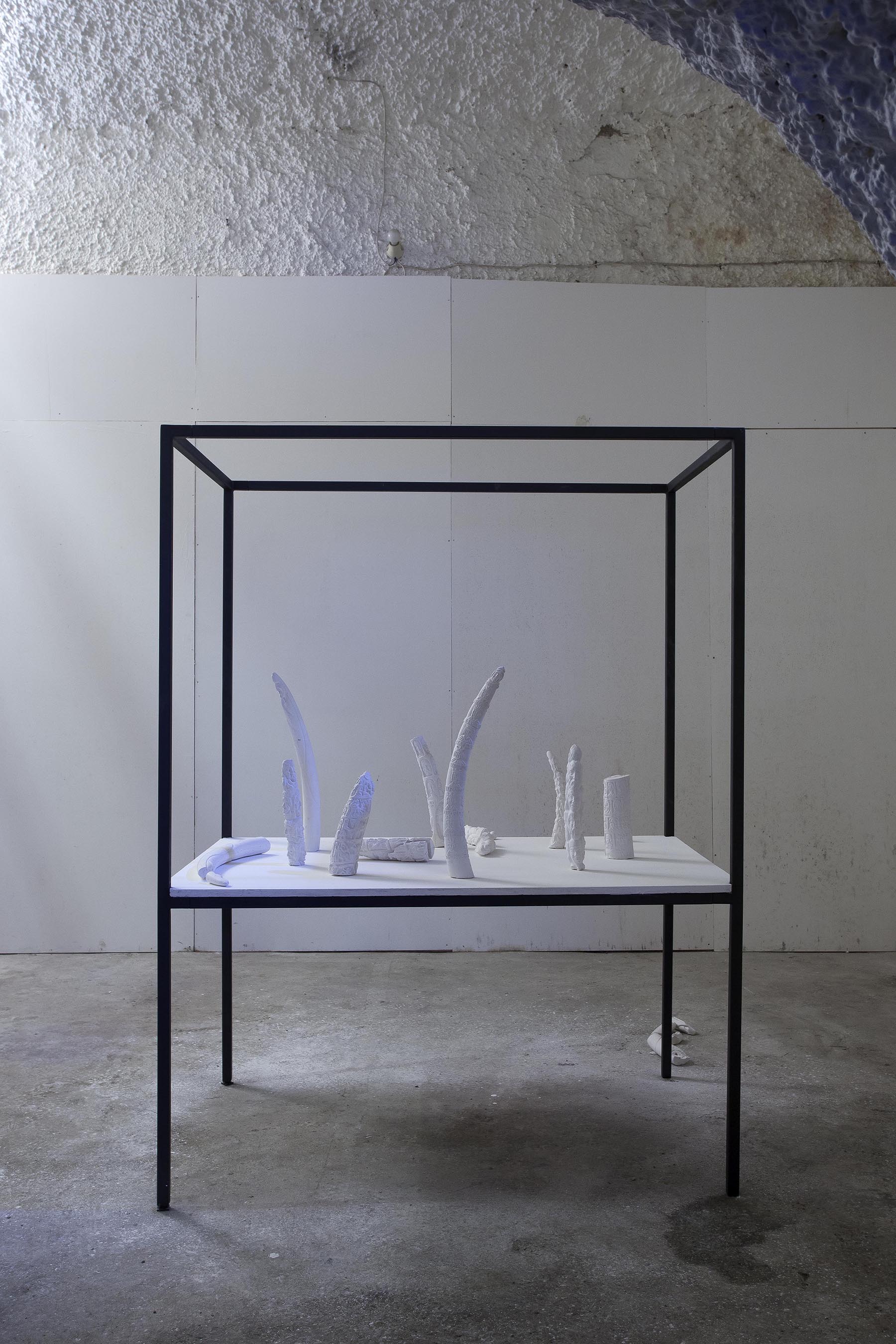 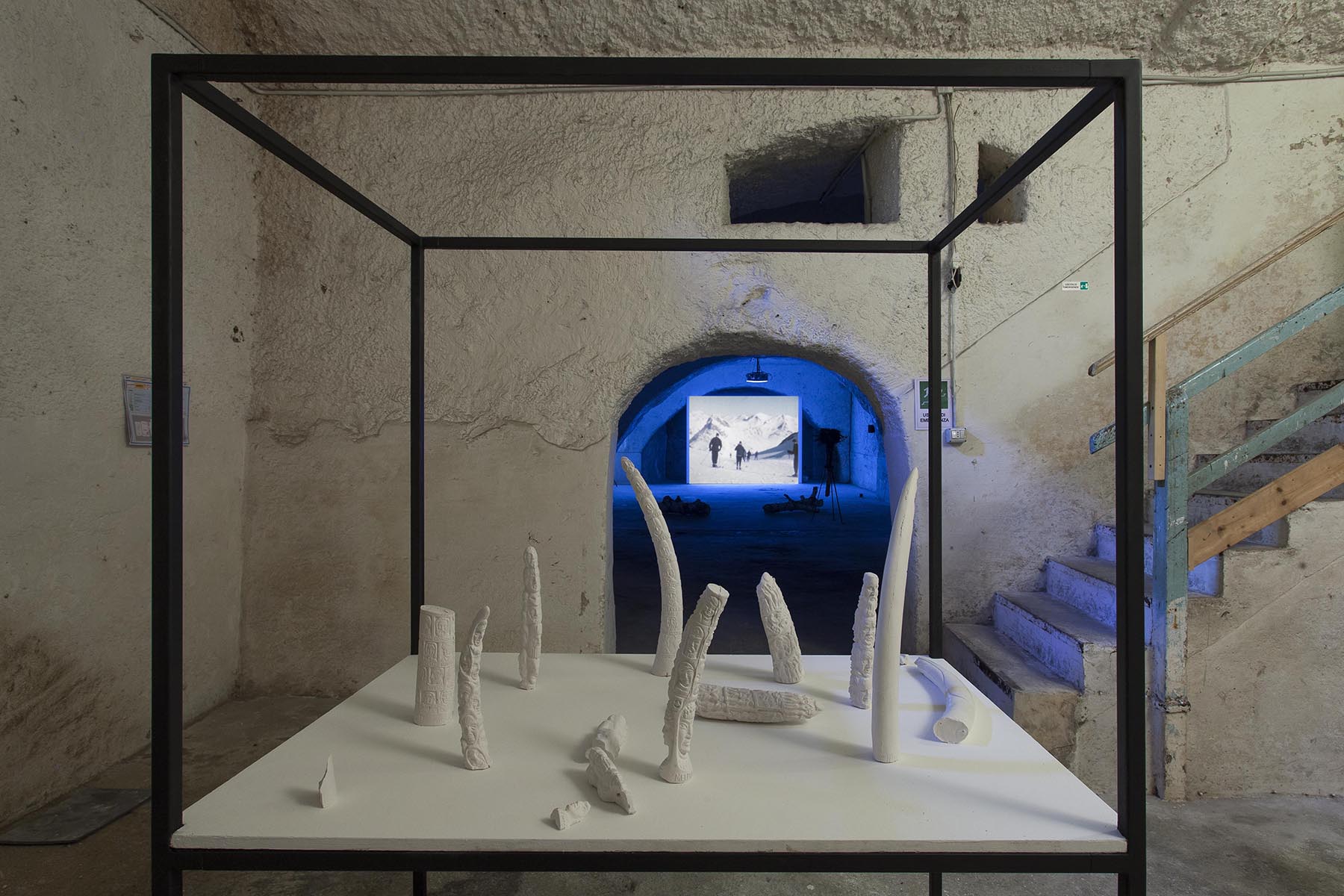 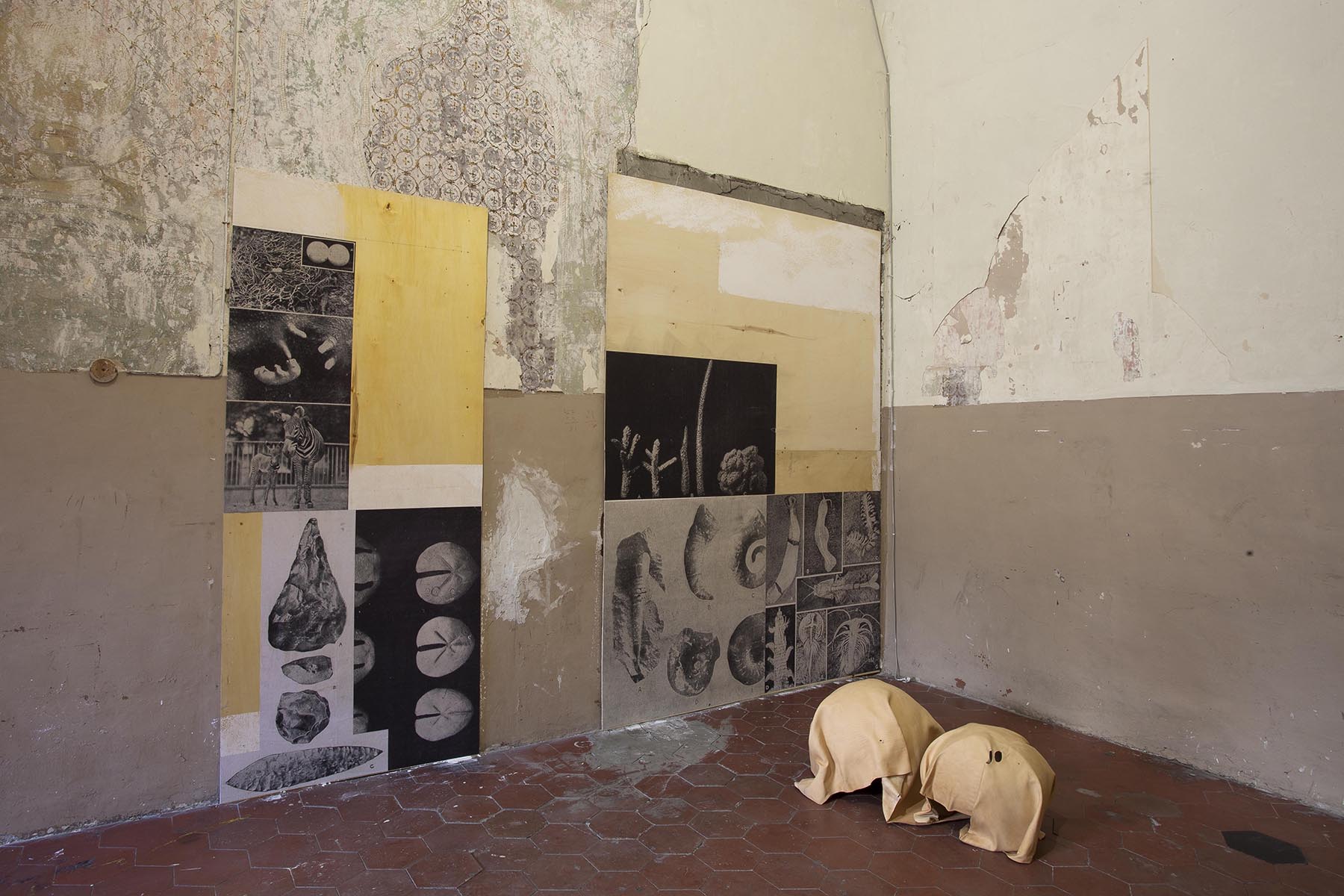 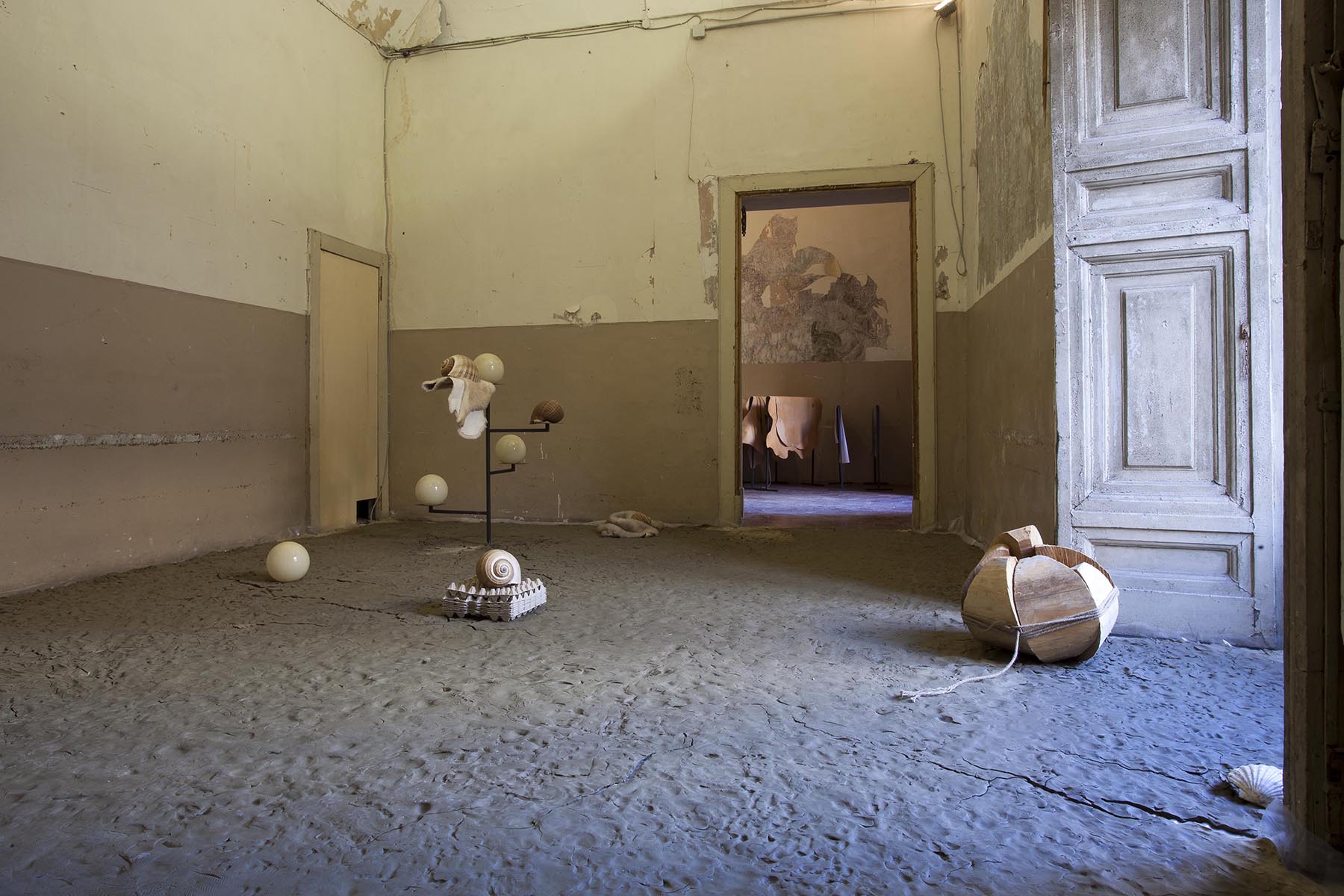 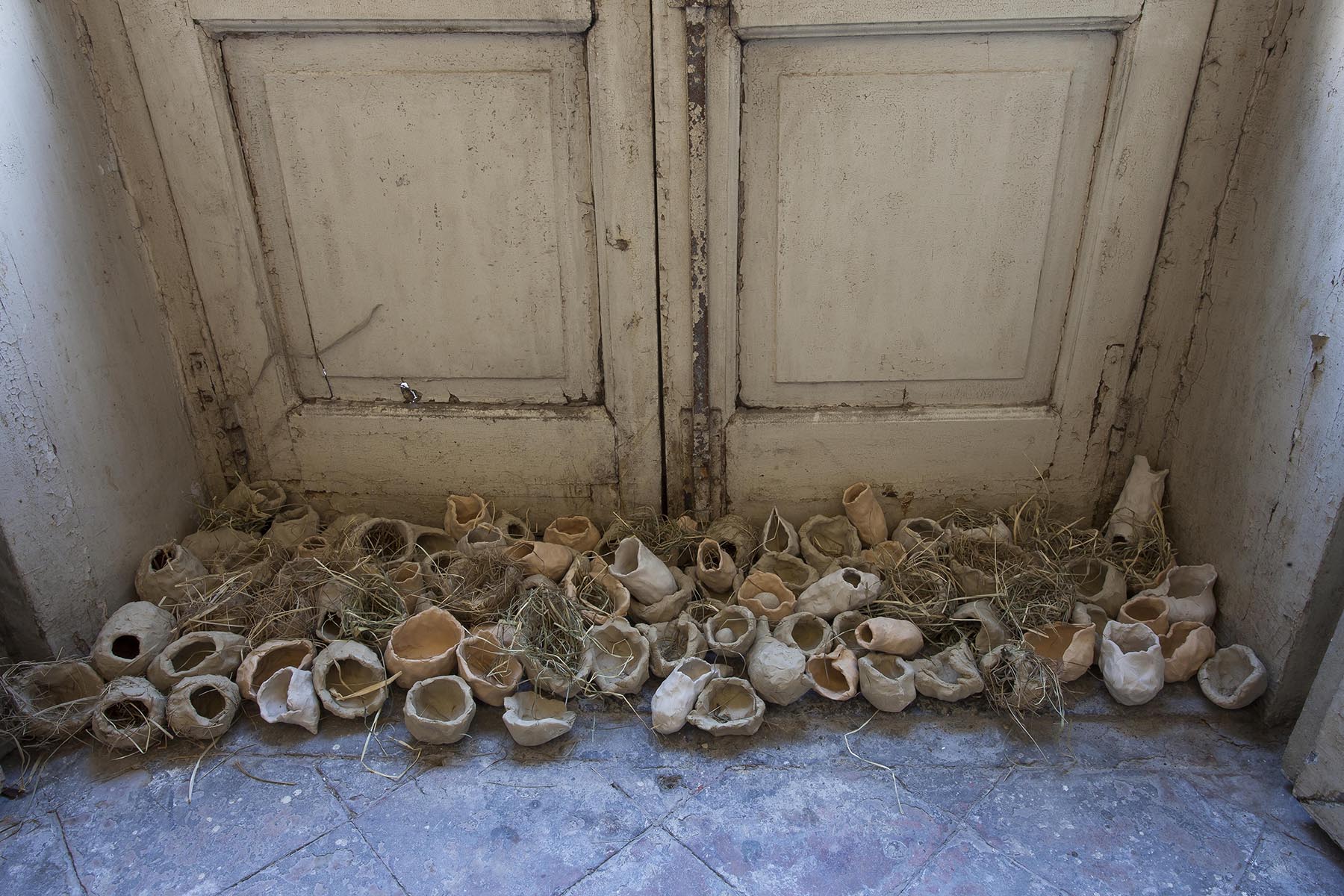 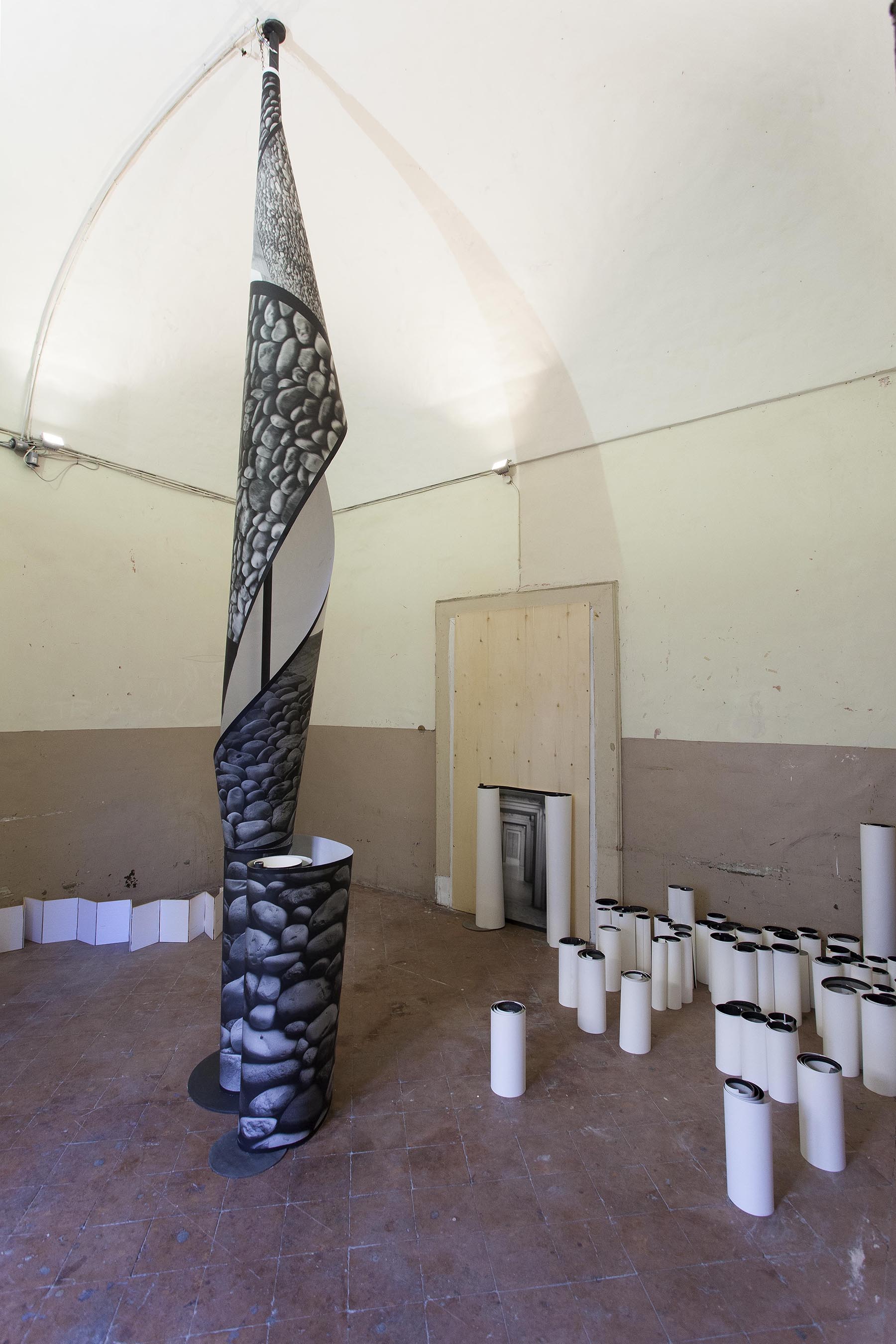 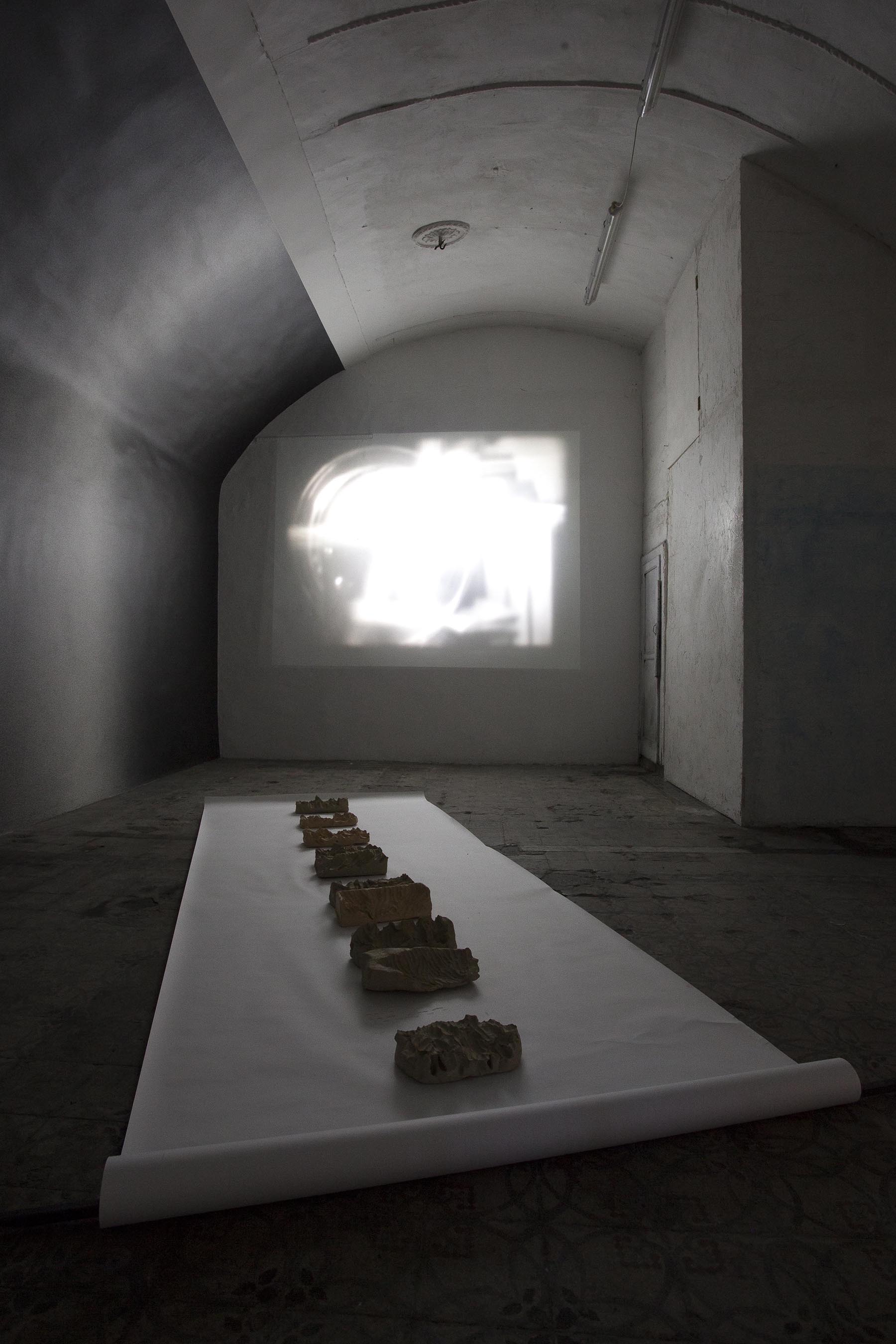 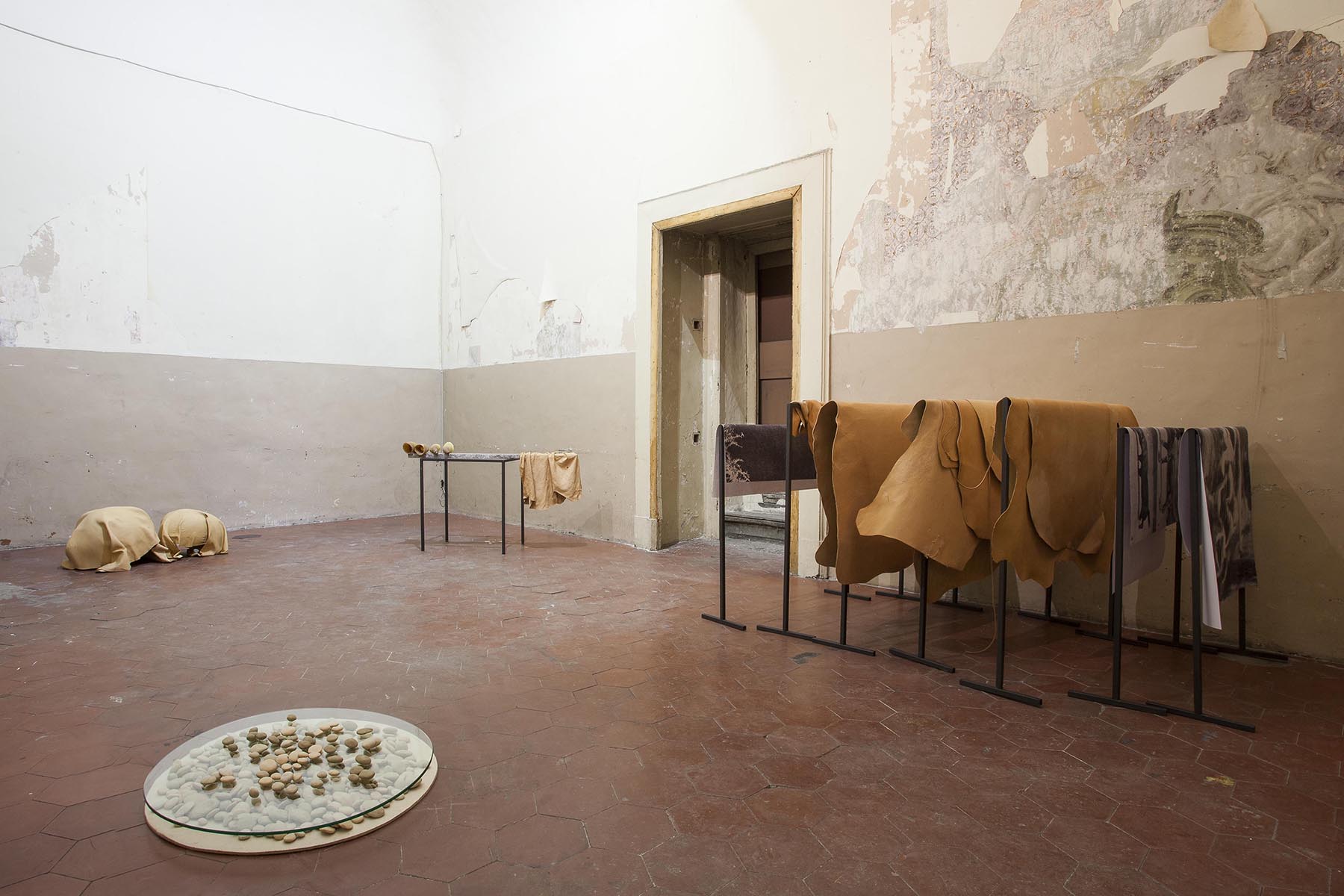 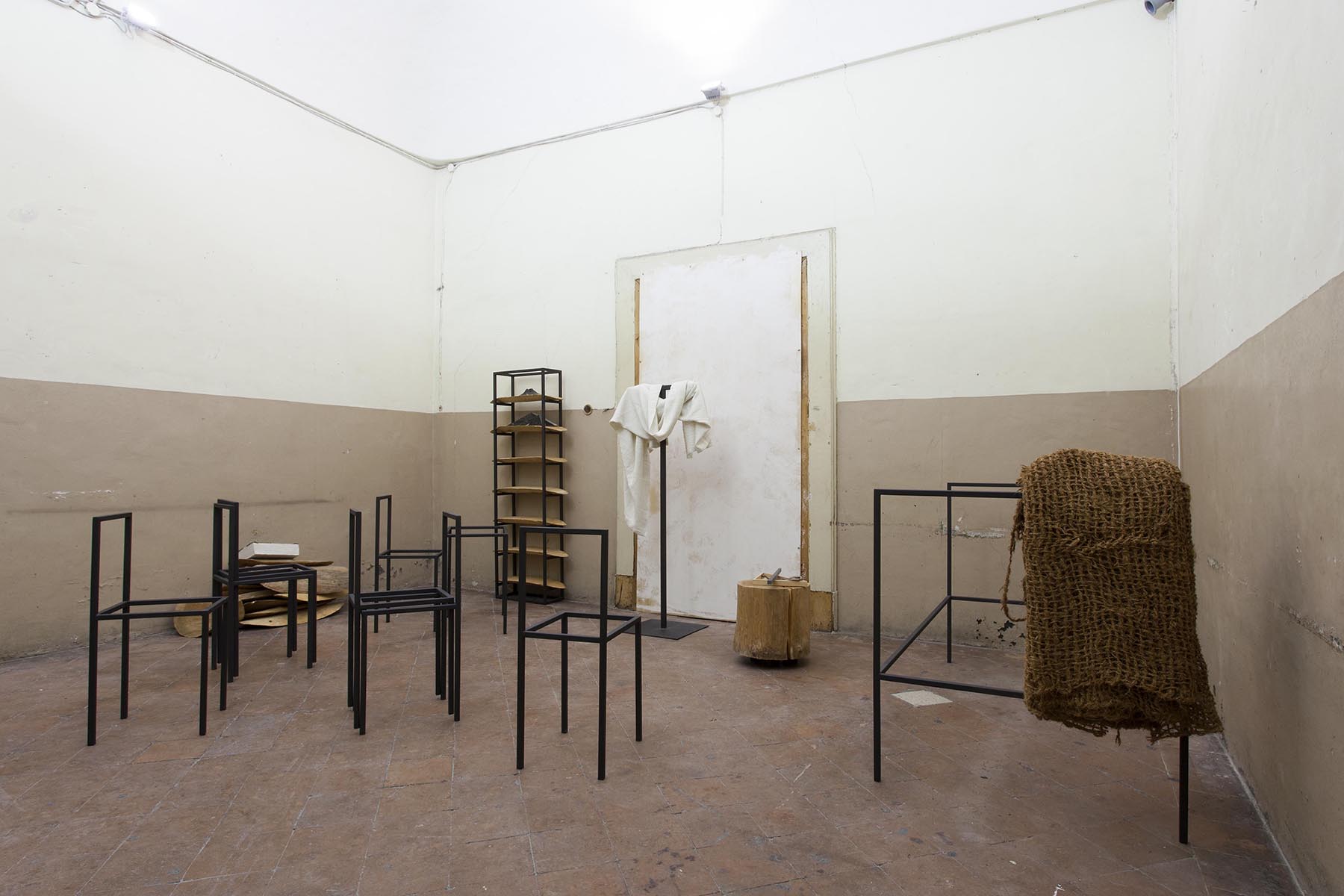 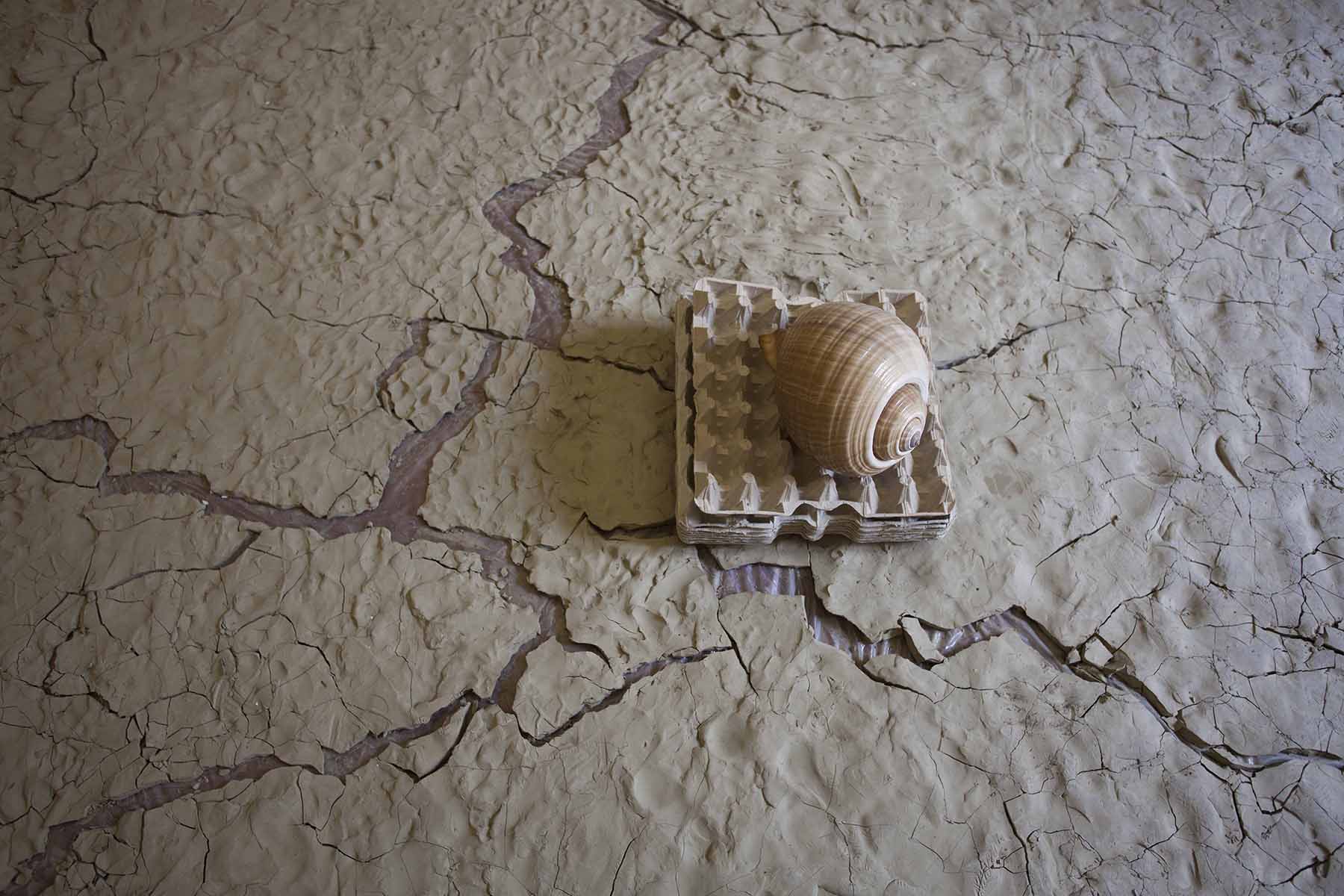 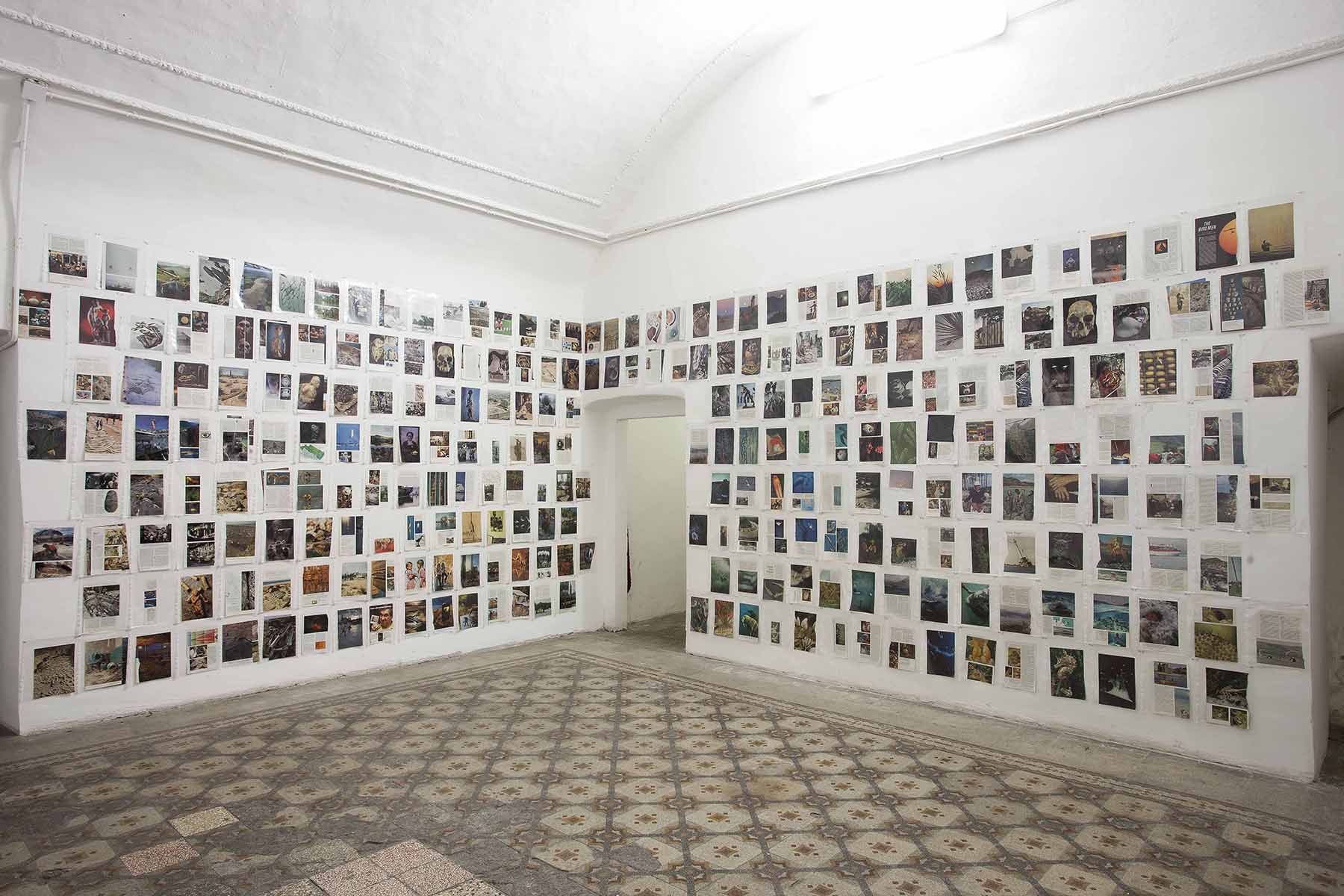 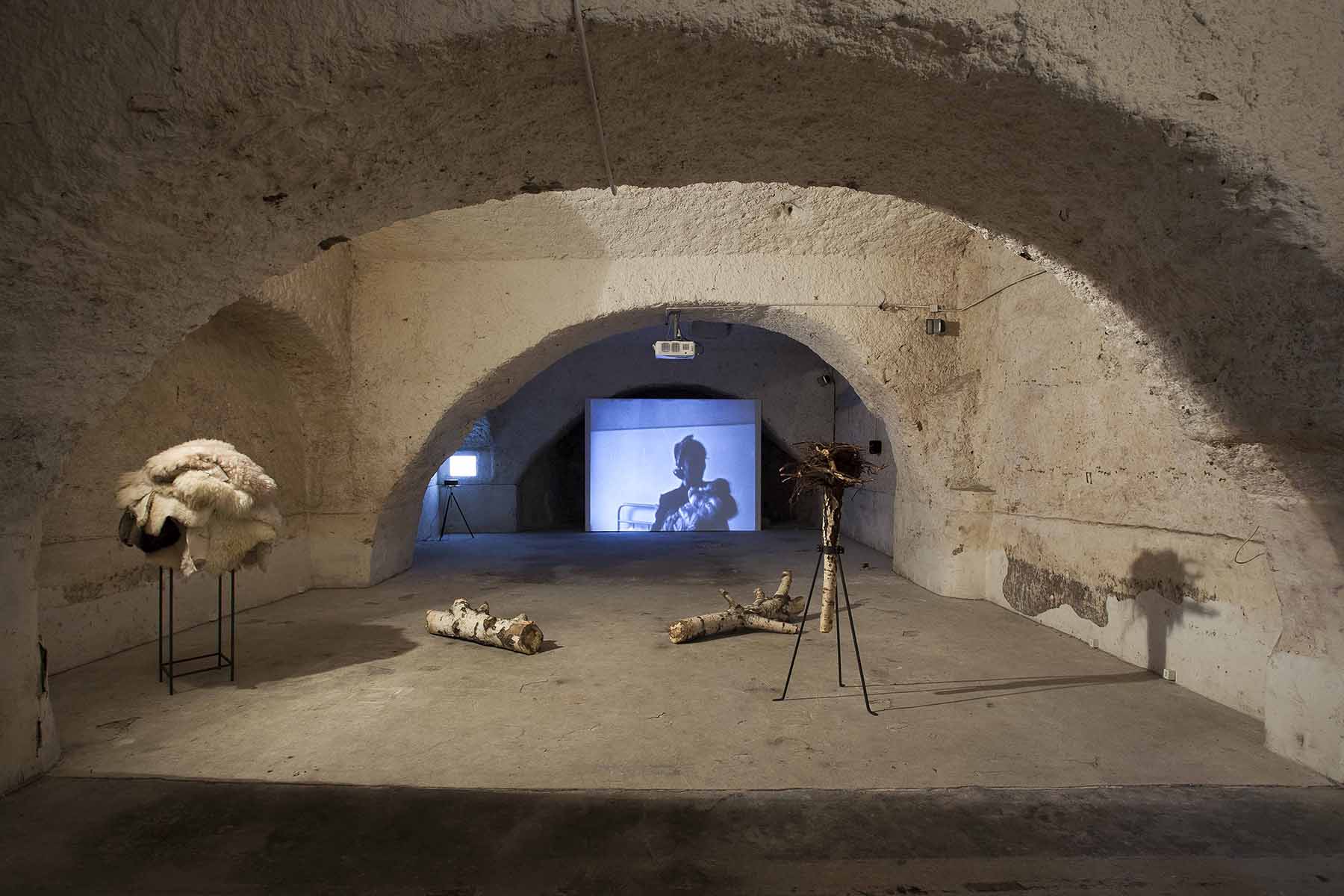 In the manifestation of the sacred, an object, such as a stone or tree, turns into something else while remaining itself and continuing to be part of the cosmic order. A hierophany, to use Mircea Eliade’s term, determines the saturation of being in its fullness, is fulfilled in every gesture of everyday life, including physiological needs, inscribing humanity within a foundational logic that is capable of giving new meaning to the world in its phenomenological totality. Petra Feriancová is an artist capable of elaborating autobiographical elements in an authentic way, fusing them with other information coming from many different areas, translating them all into catalogues, intimate and universal at the same time, which have the inspiration of epic narratives, although they are fragments, fragile scores or situations that could be termed infra-ordinary. On this occasion she tells of myths and mysteries which, in their unutterability, relate the time of contemporary humanity to archaic humanity. A work that could be called civilizing through its relation with matter, with the natural elements and by means of the creative act, that of manual work as a foundational act.

Her approach is part of the methodological field of history and makes it possible to enclose all phenomena around a single centre, a world view, a form of a whole, by including the space of dispersion through concatenations of signs.

The exhibition is based on two fundamental elements: the sacred and the profane, and creation as rebirth after catastrophe. From the threshold, which delimits spaces and connects two worlds, the stones, casts of clay, are statues that speak of creation after nothingness, forms that allude to the mythological time of the creation of Pyrrha and Deucalion. The artist creates a space, metaphorically a temenos, a sacred precinct, as a place of the autopoieutic, namely a system in which each element cooperates in representing itself, in a process of continuous transformation that includes autobiographical, political, cultural, biological, mythological and geographical factors, as well as any other contingent element. Likewise the cone inscribed within the circle, a horizon in the etymological sense, which includes within a limit. This form reprises the verticality in some sense of the structure of Tatlin’s Constructivist tower, tilted along the axis of the curvature of the earth, which presented a semantic and ideological system alternative to the Modernist and especially the reconstruction of society.

The attention of all is also focused on some texts from the period between the Sixth and Fourth Centuries b.C. which, in keeping with the logic of support to the exhibition system, highlight certain key issues. Cosmogonies, myths of Western Europe, through passages drawn from Xenophanes, Anaximenes, Thales, Archelaus, Anaximander and Pythagoras, analyse individual elements such as air, earth, water, while also presenting reflections on the ambiguity of the concept of the limit.

As the exhibition proceeds it explores the question of the soul as air, hence in the etymological sense, and this concept is conveyed through an objective correlative, in the form of air chambers made from the skins of animals in which the bullet holes represent the doors of connection in which the blood circulates holding together the body of the world. The air, as animating breath, as respiration, also as the founding principle of the image itself, reflected in the pupil, in the name or in the shade. Hence the soul understood as life pure and simple, but also as rational awareness.

The path then divides into a space built up by a wall 173 cm high, a landscape of stalactites and stalagmites formed by carved elephant tusks, plaster casts from the collection of the artist and traveller Vojtech Loffler. The vertical law of the tusks is opposed to horizontal elements literally sewn to the wall which constitutes the inner perimeter of the room.

This leads to a third space, that of the transformation of time through the material, clay, which creates a corruptible landscape, a mutation in the alchemical sense. But the sacred time no longer belongs to space, homogeneous and continuous. At this point it encounters the normal duration of life, a primordial time that becomes the present. In this way Petra Feriancová rewrites history through discontinuity, transformations, limits, units, describing a kind of evolutionary curve, planning theologies, metaphors, seeking to conceive the other within our time, our thinking. She re-founds consciousness through history, not as form but as becoming, contrasting immobility with openness and freedom.

In the fourth room are arranged some “mobiles”, chairs and other structures dimensioned according to the characteristics of the artist’s body, which in this way moves to the centre of the space of representation, defining an order, an organization. A snake skin, the sign of transformation, of mutation, brings us back to the definition of the simulacrum that Lucretius gives in De Rerum Natura as an emanation capable of preserving the disposition and order of the solid body from which it comes.

The work Play, by contrast, stages the ambiguity between truth and fiction and the reducibility of the Shakespearean drama to Greek tragedy. But the fundamental feature of this work lies in the implementation process related to the determination by the artist in limiting herself in the use of instruments, as when she creates work in a confined space with only a printer and a computer at her disposal.

Another work is present and embodies the meaning of the whole corpus of the works on display: a film shot in Normal 8mm, a medium intended by its nature to become corrupted at every projection, designed to wear out and lose definition and sharpness. The projection of familiar images that perhaps belong to all, also in the ability to remember them after the fulfillment of their destiny.