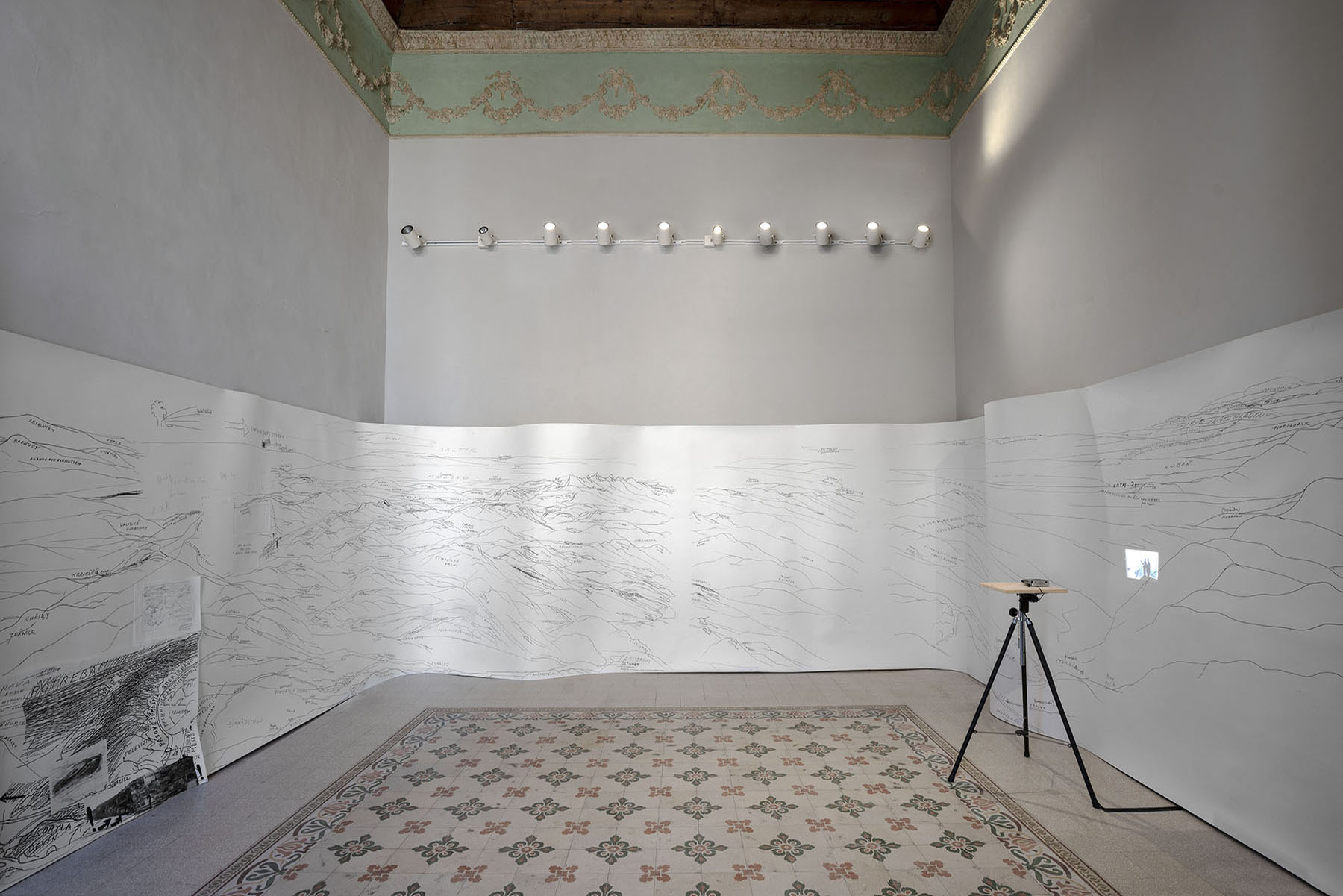 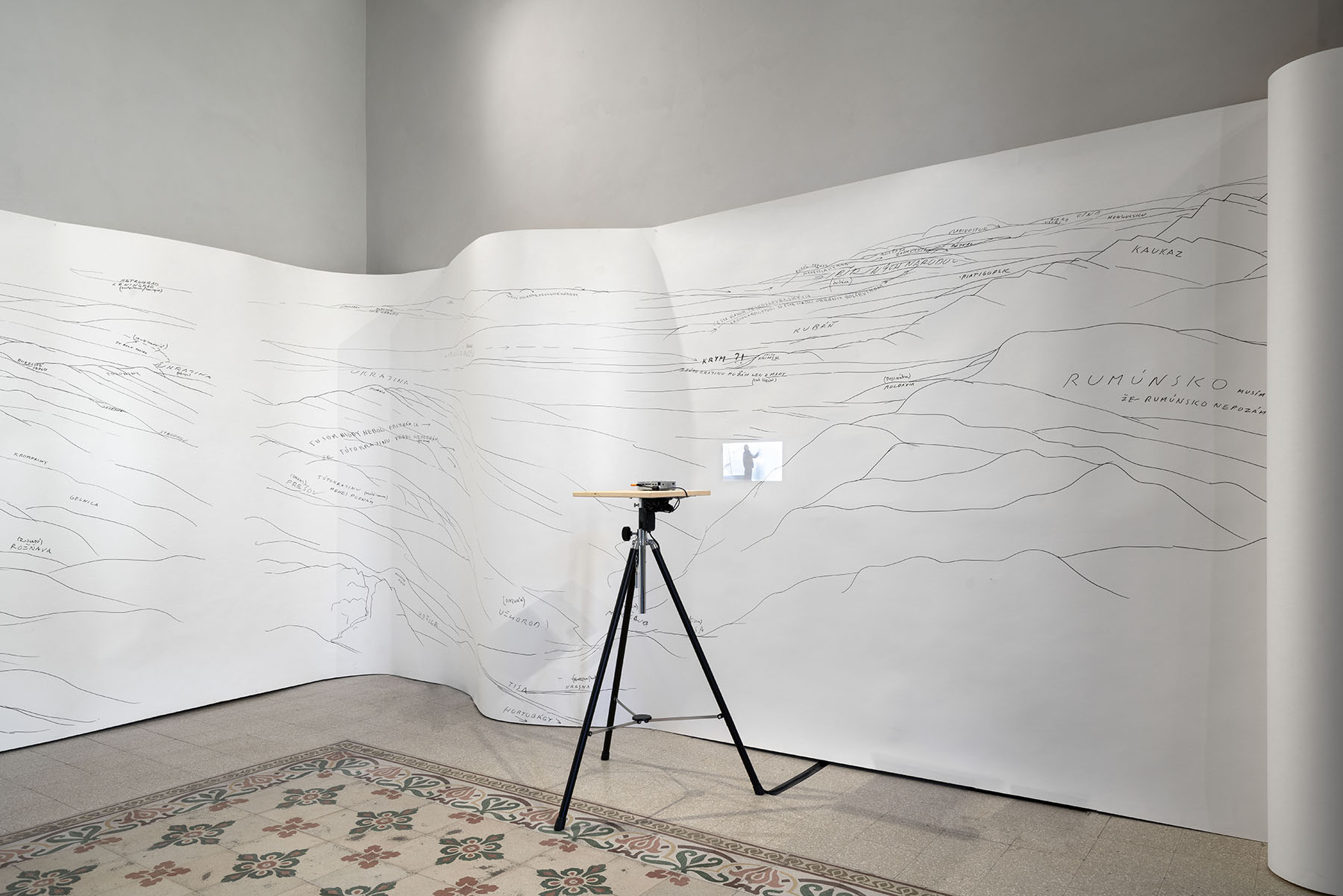 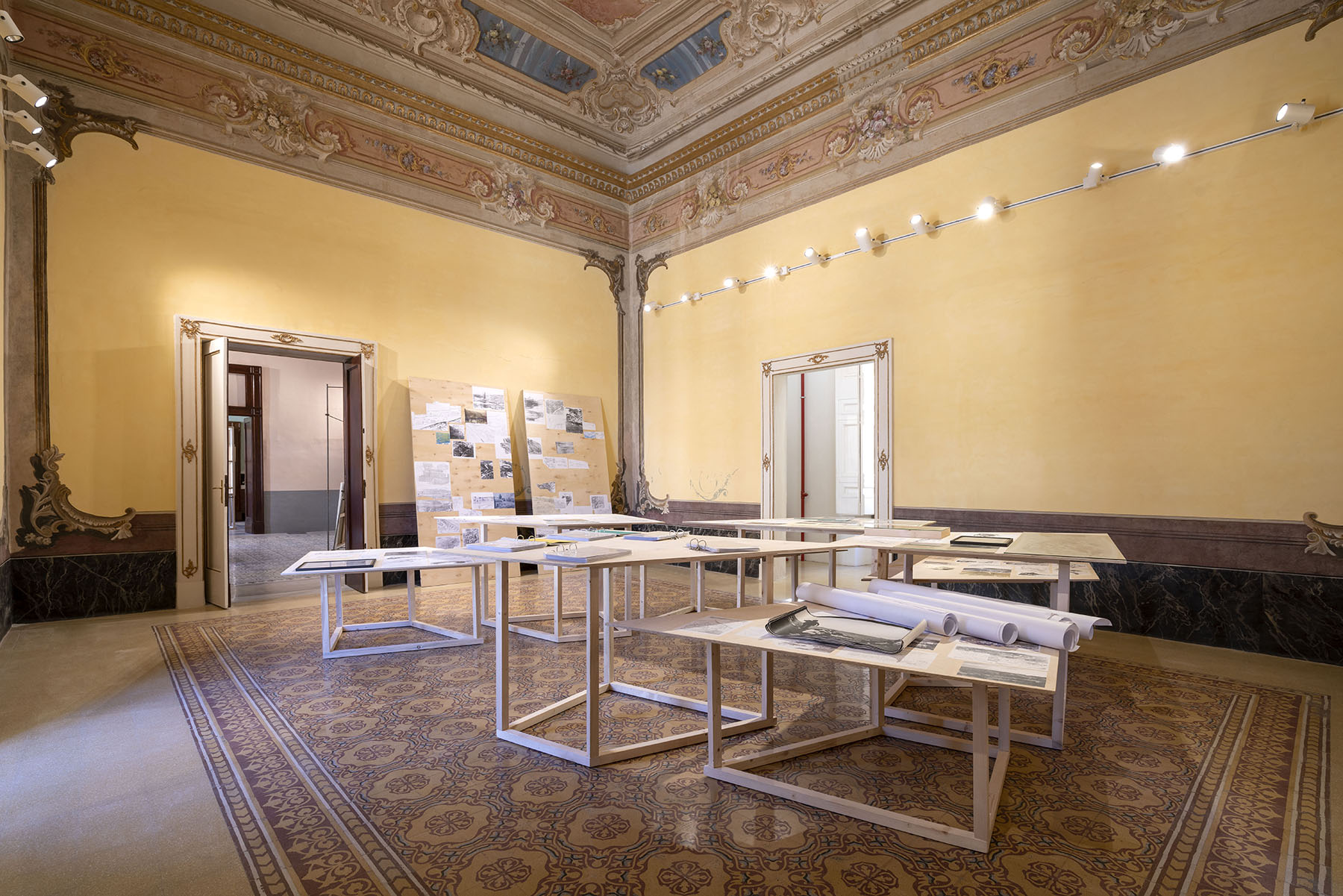 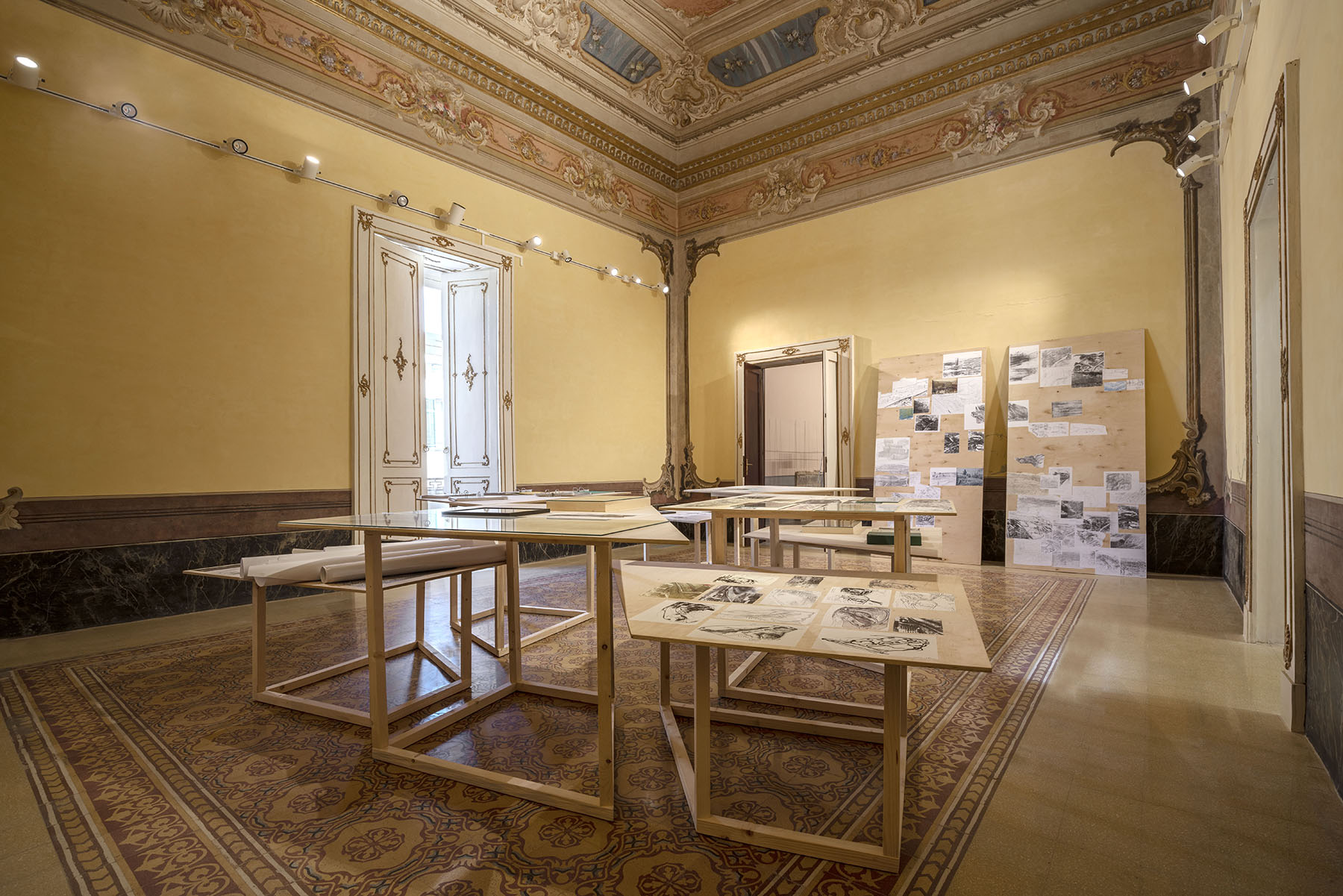 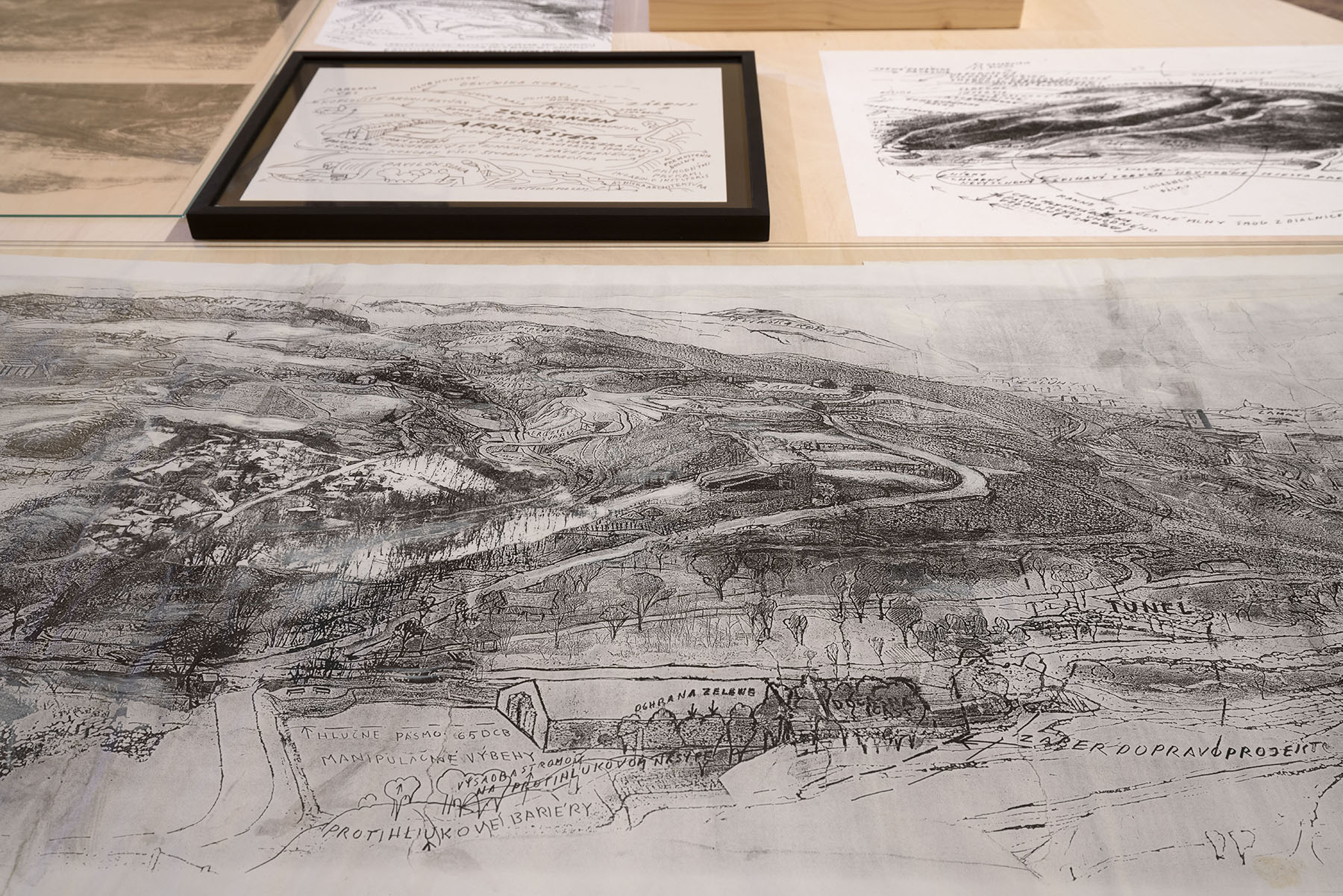 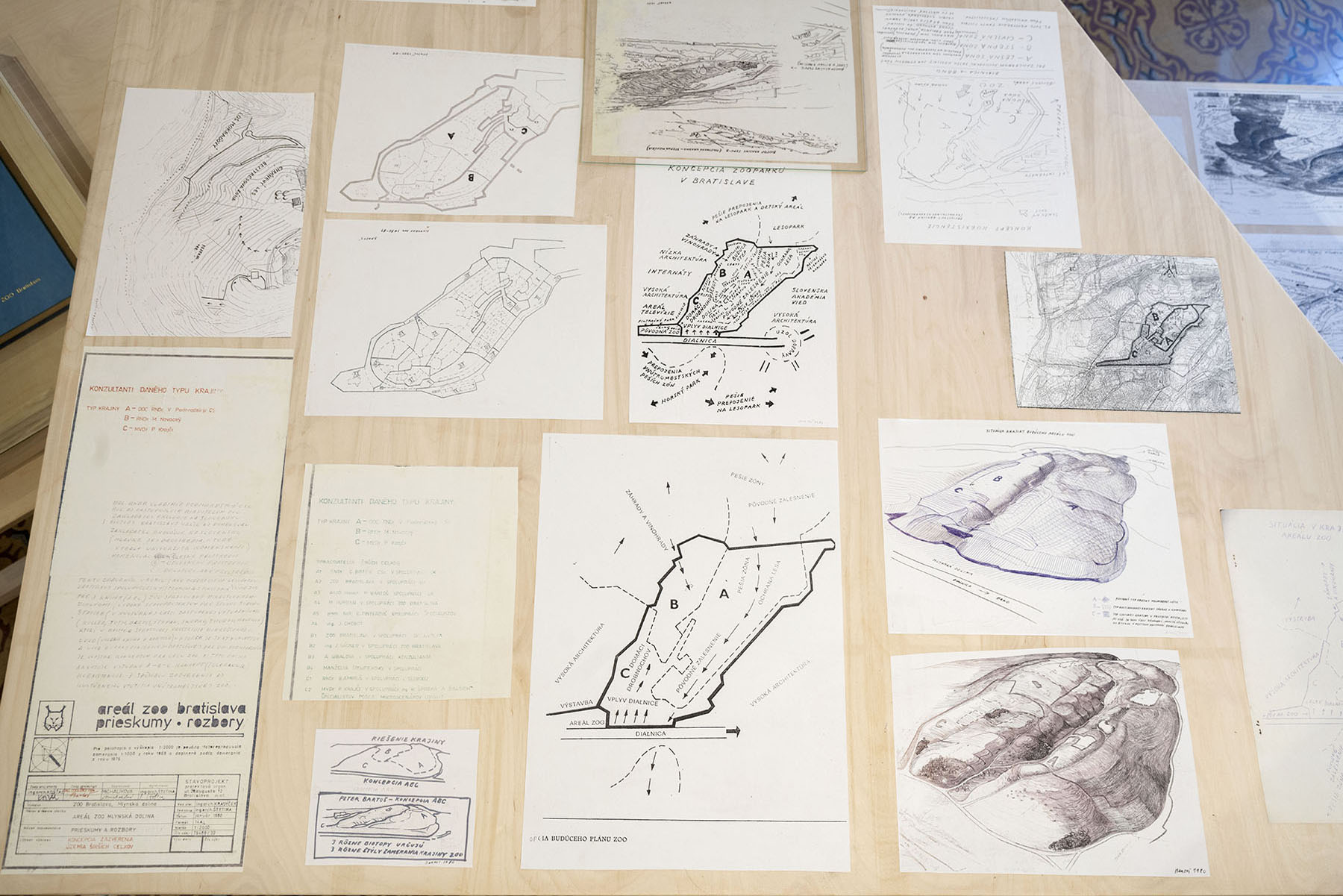 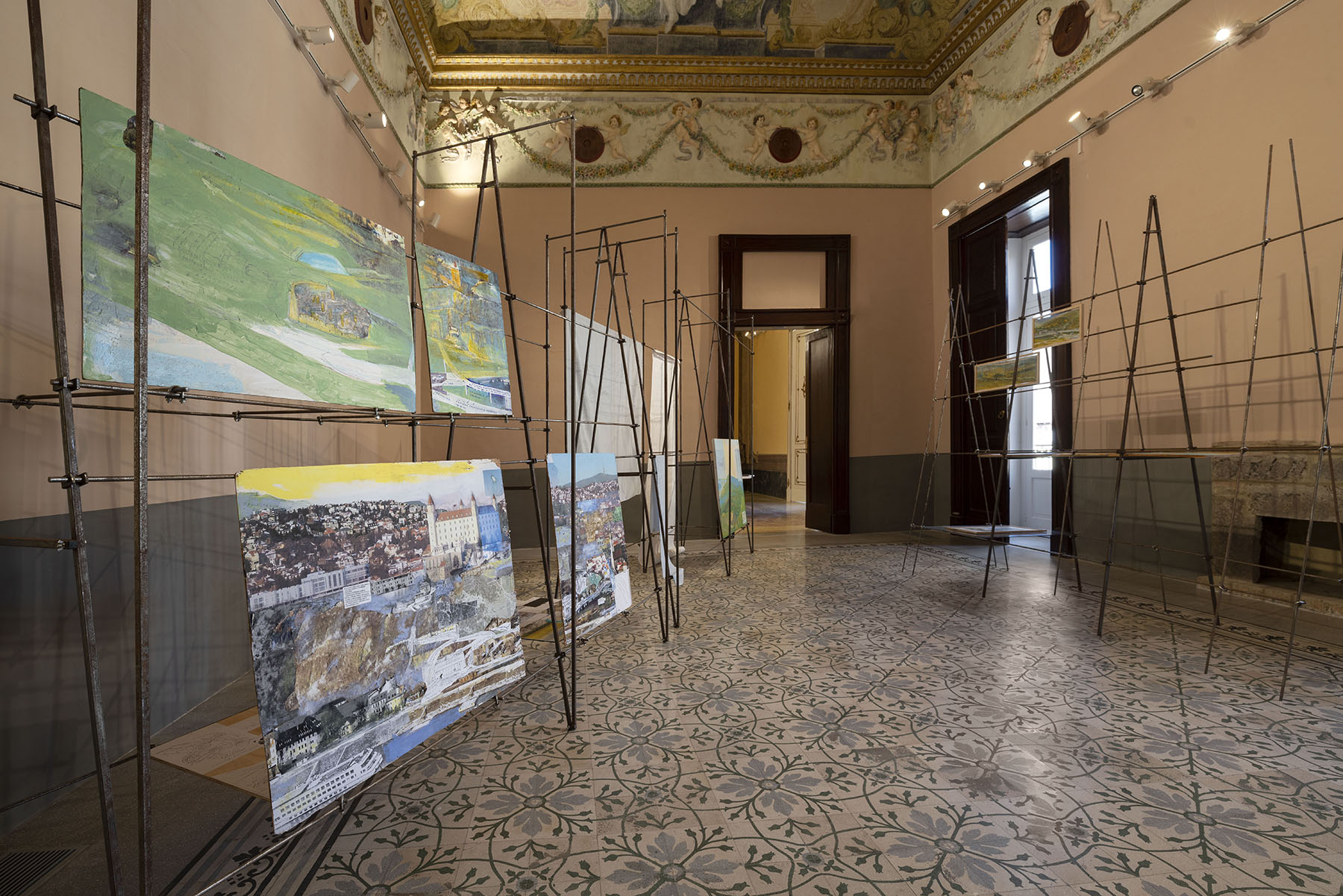 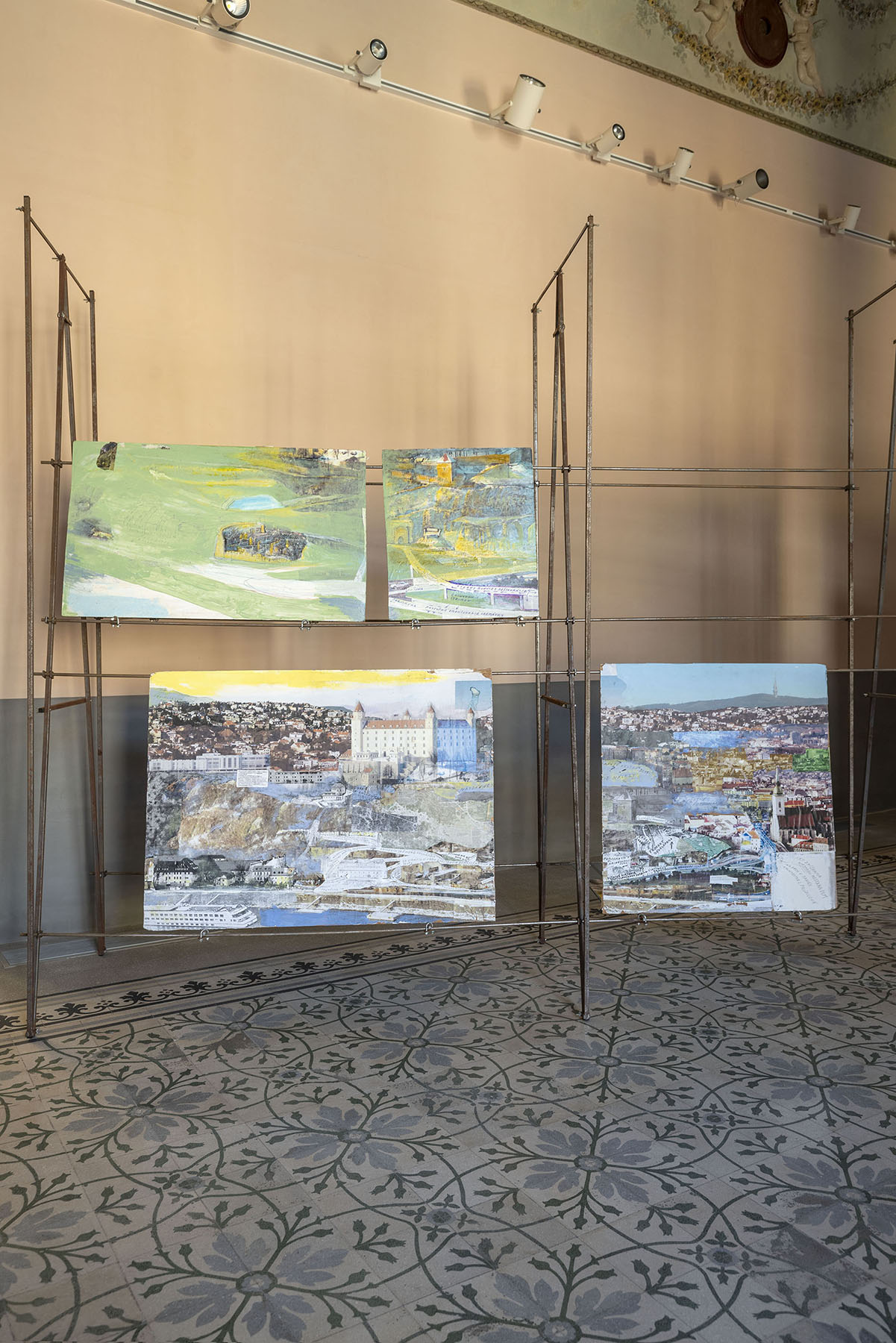 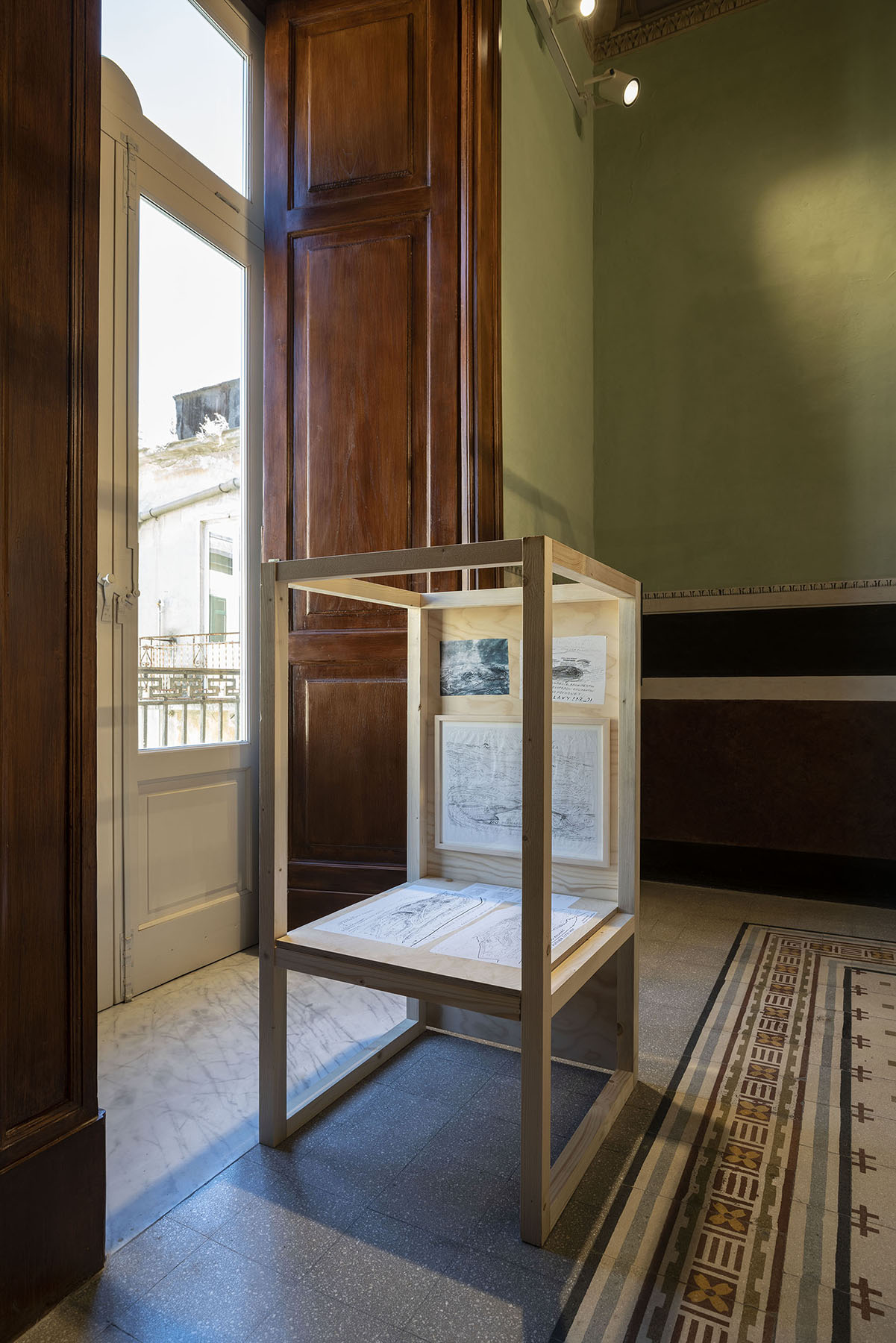 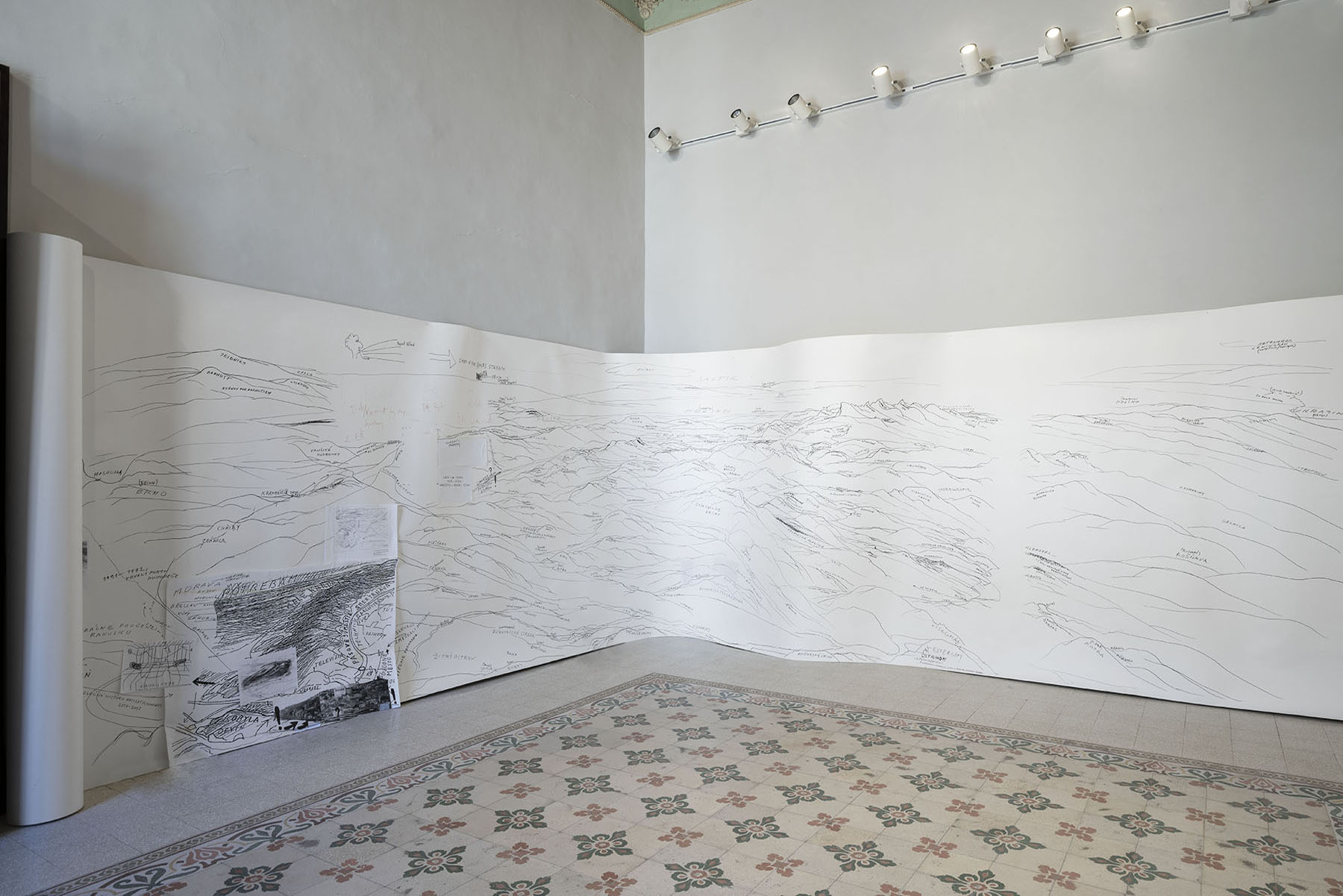 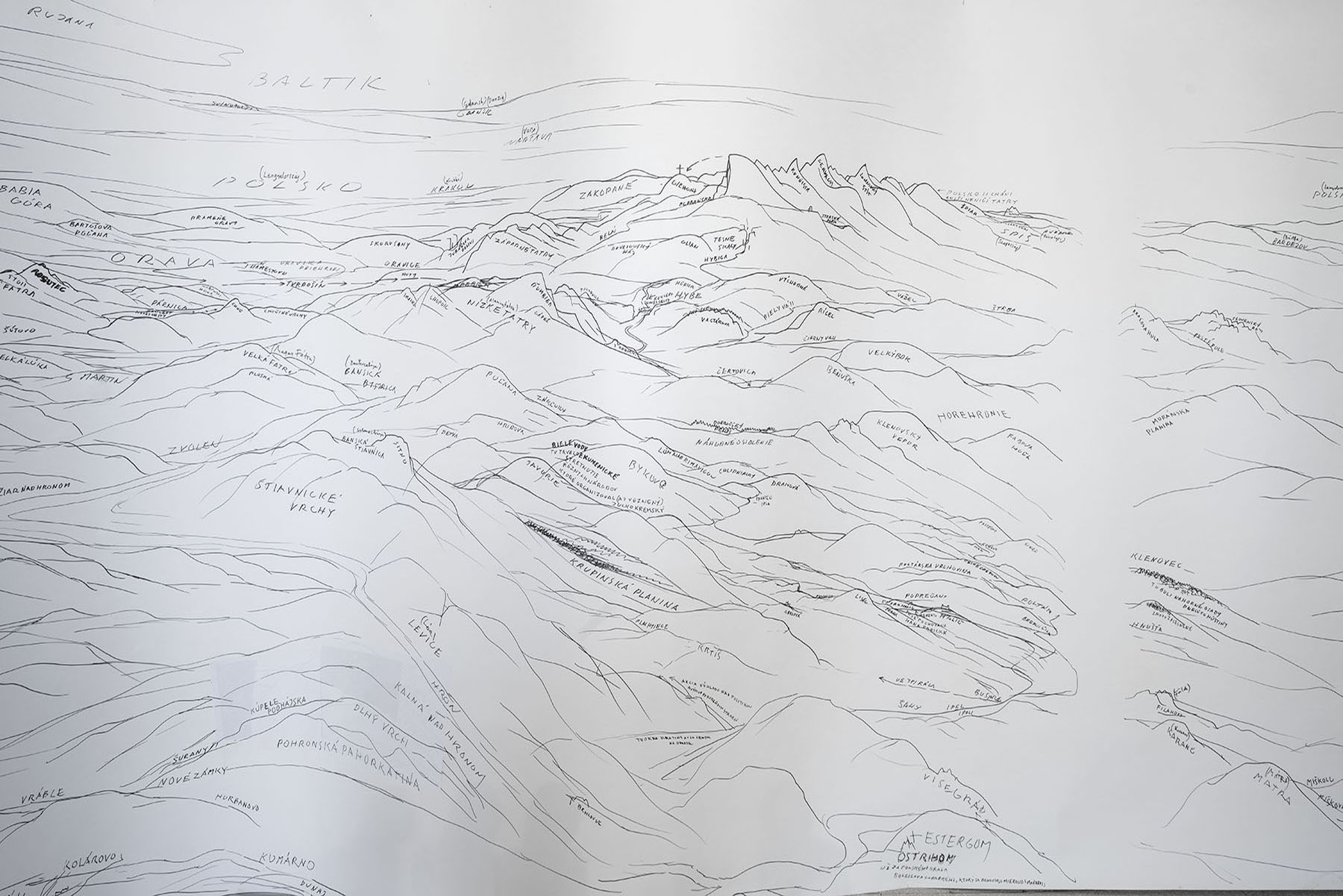 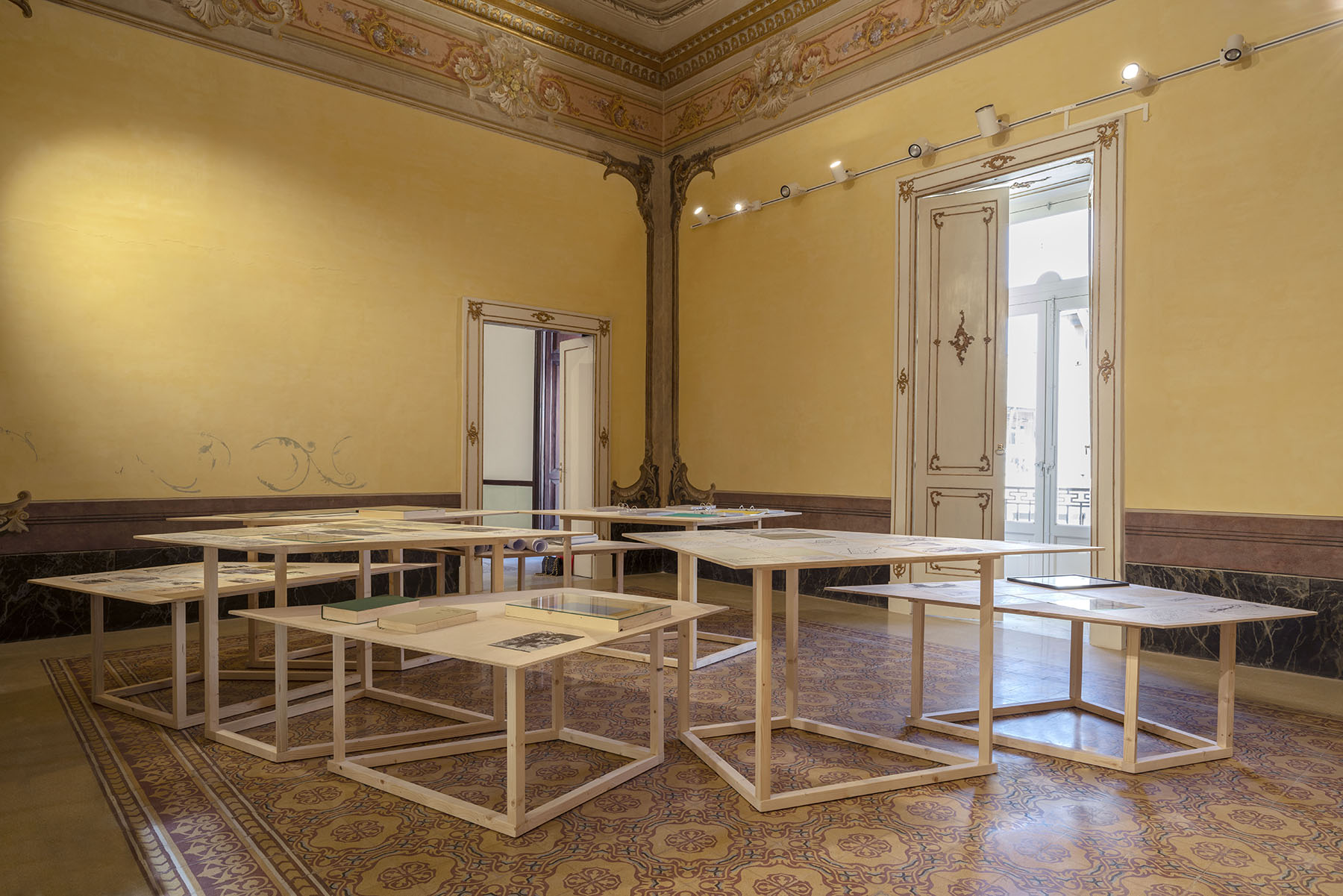 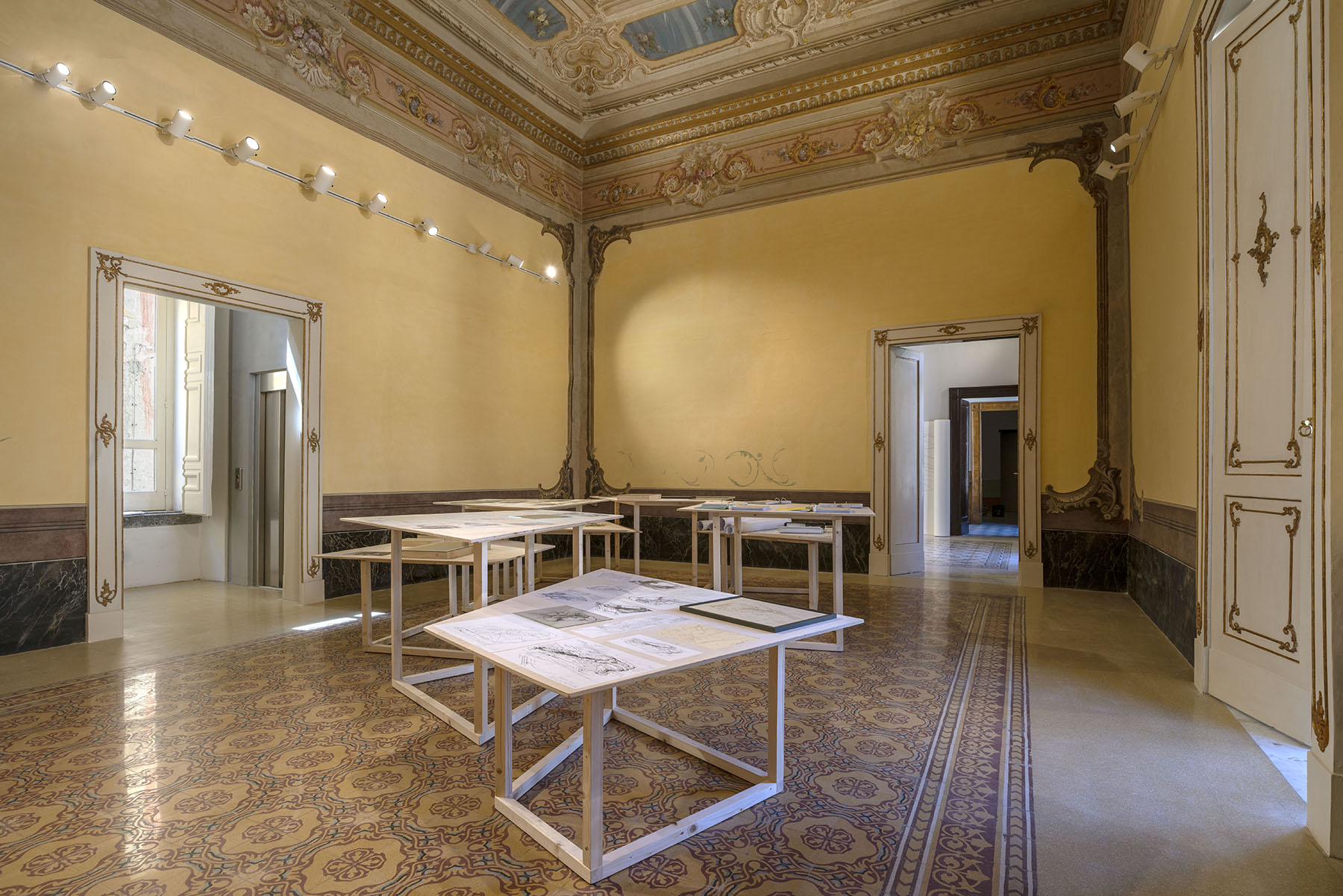 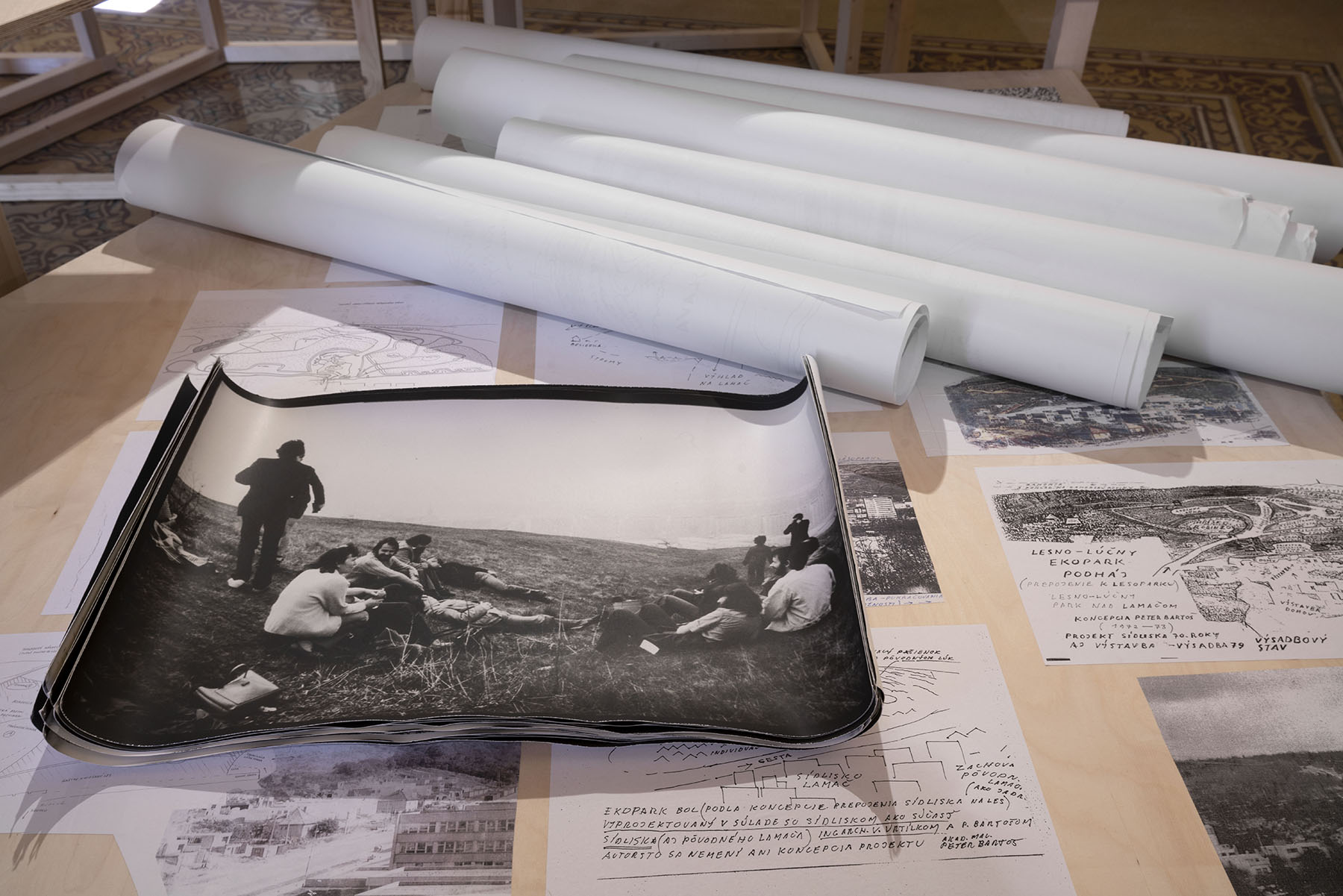 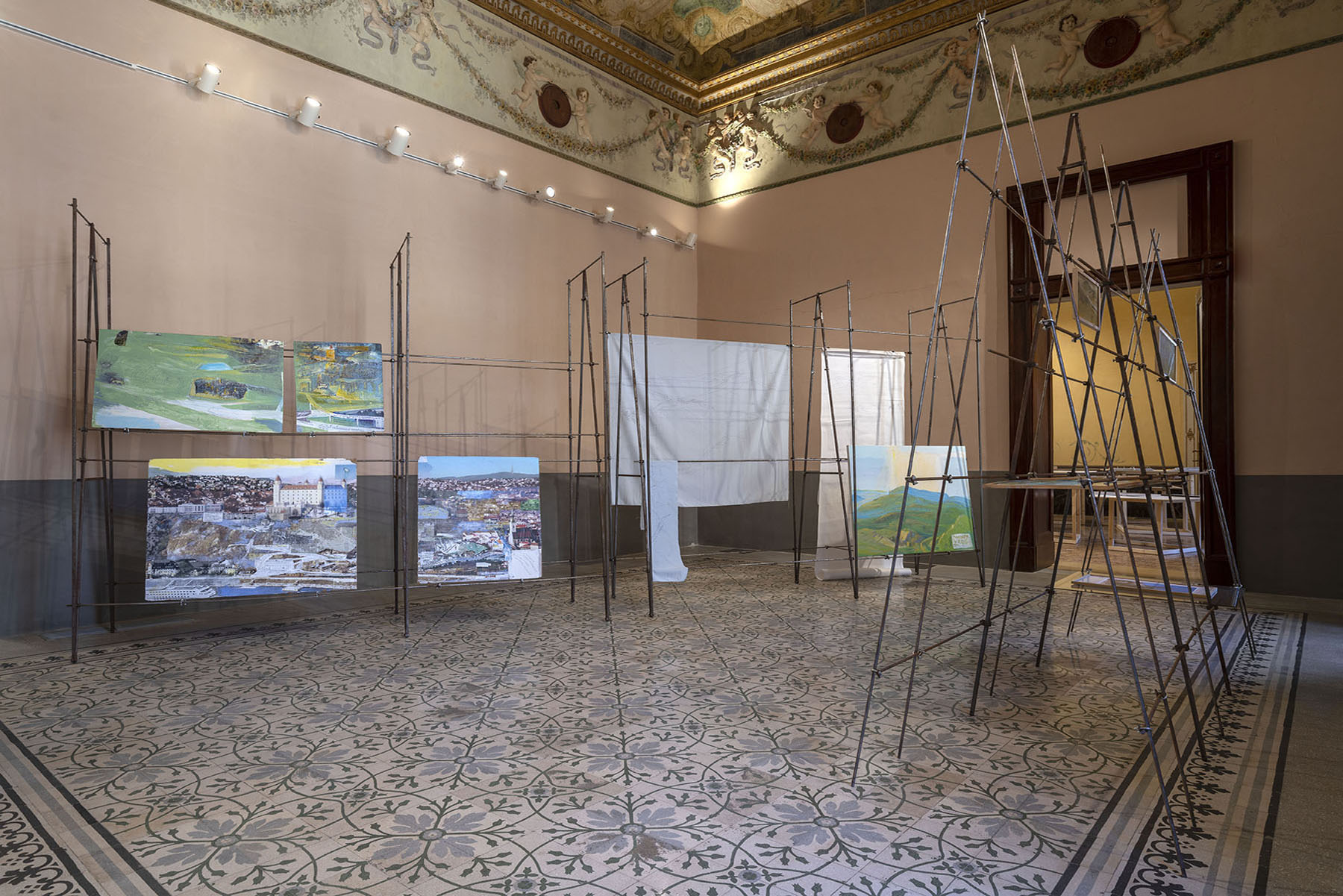 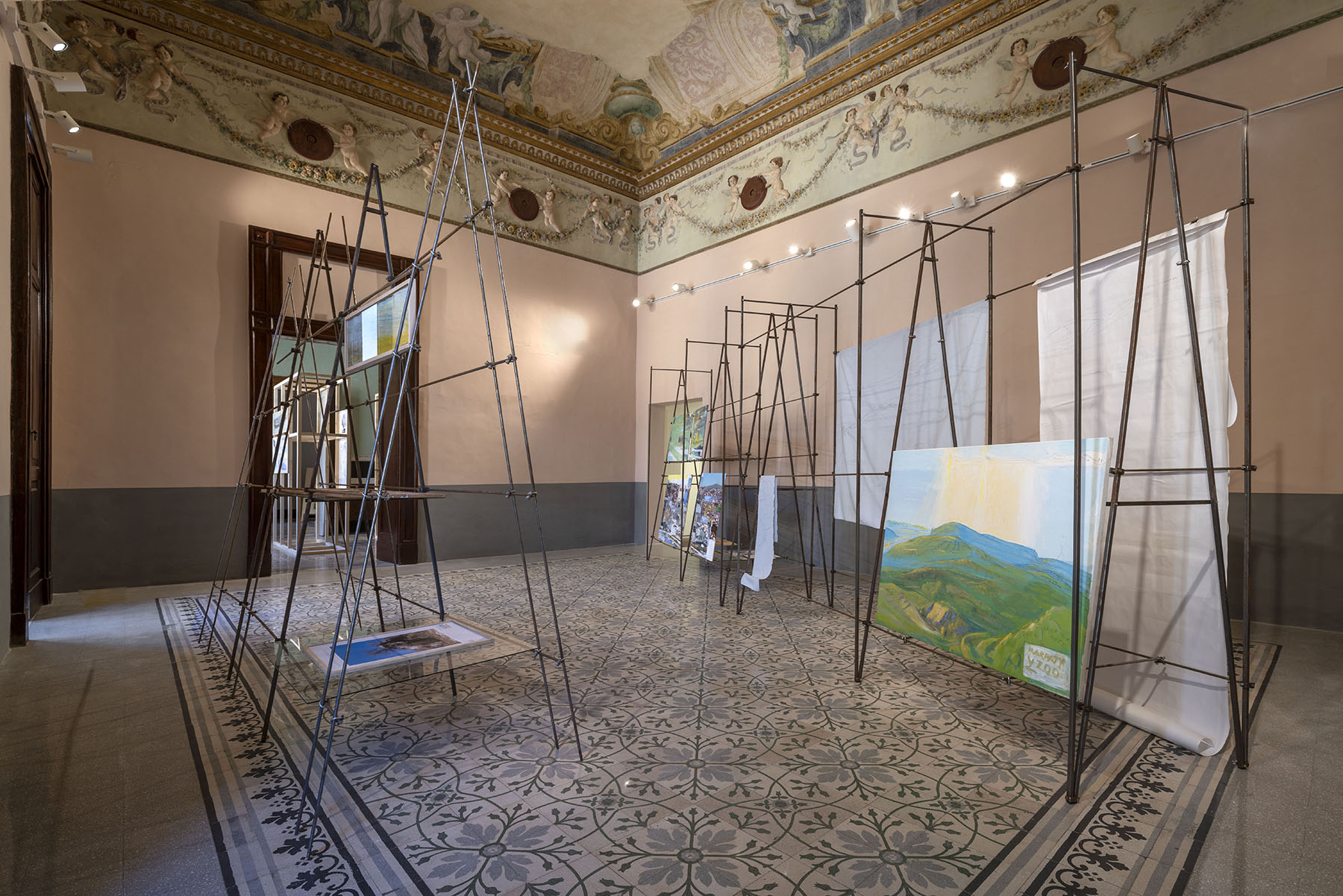 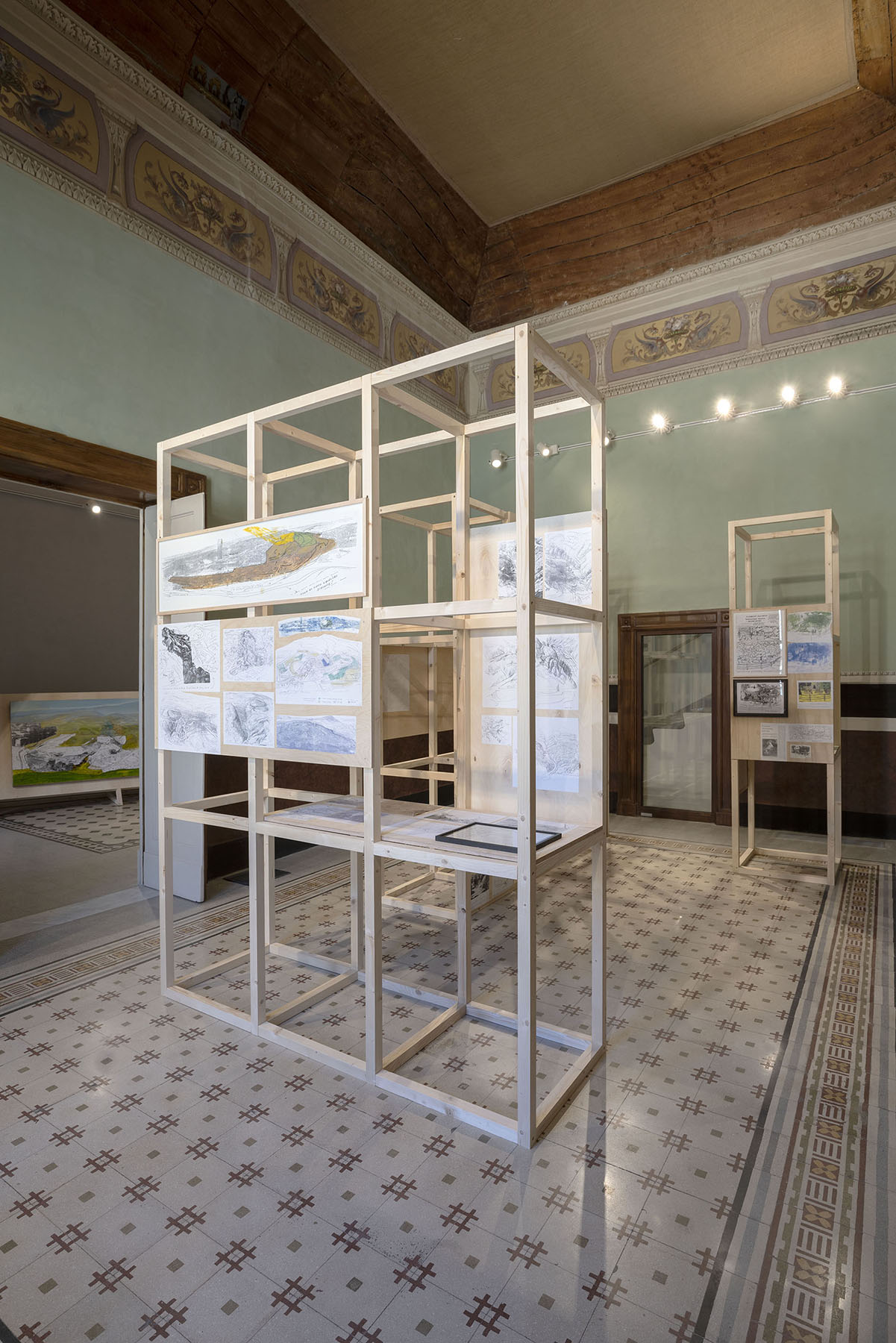 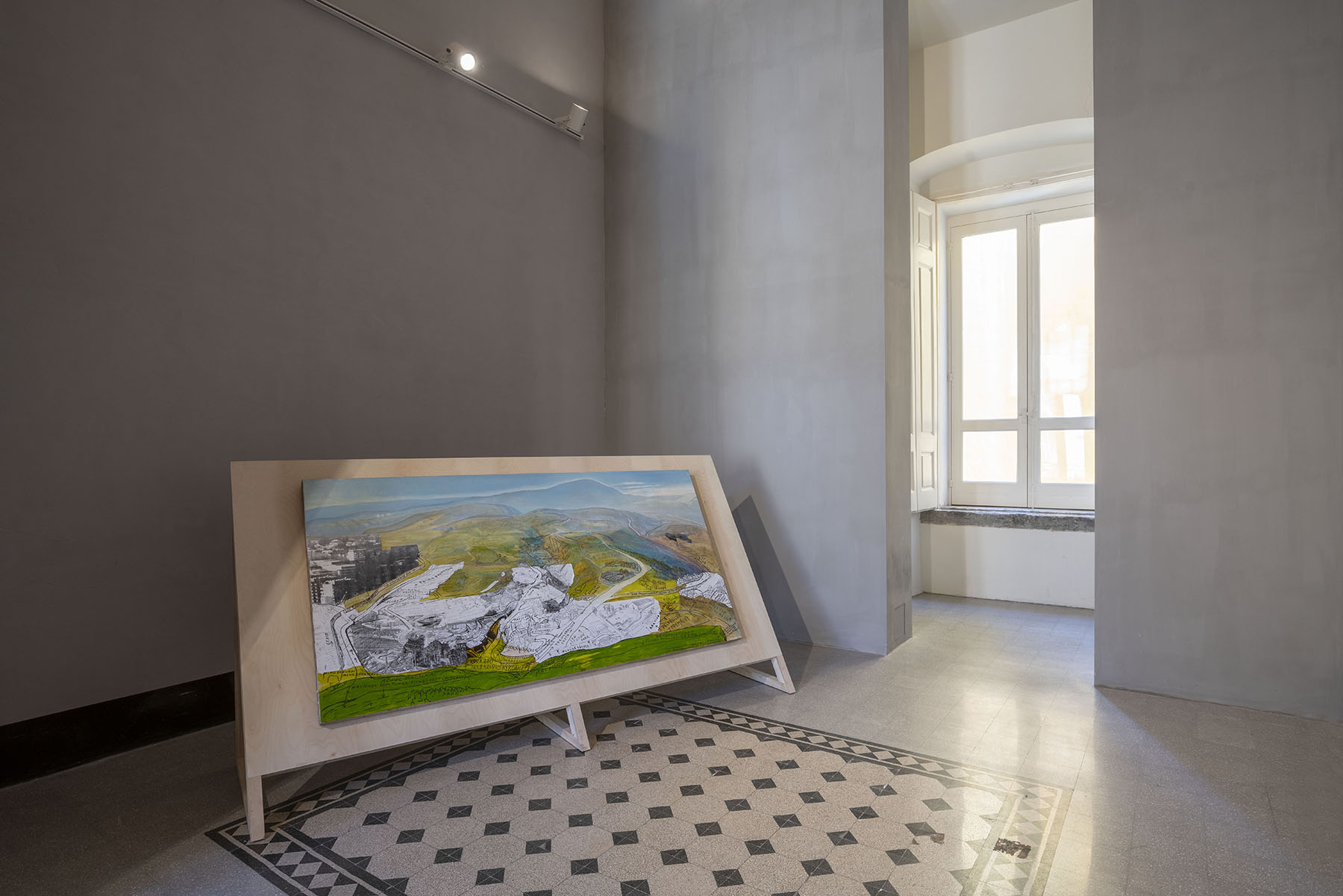 Although Slovak neo avant-garde artist Peter Bartoš (1938) is a radical figure of the Slovak art scene, his work has still been only partially documented. His background as a painter has always been an important origin of his work and frequent part of discussions about it. Although his works are strongly bound to the ontological meanings, at the same time they are based on the conceptual analysis of the medium of painting and its innate structure. The form creation (Primetouch) he conceived as a gesture, or as an action. As he did not want to stay at a symbolic level of the art, he examined abstraction in nature, which, as an aprioral need of life, originates or generates, so to speak, from itself. Thus, he wanted to extend the possibilities of painting and create work that would be absorbed by nature and further permanently transformed and recycled in it. He performed several processual experiments with ephemeral natural materials such as snow, and others. Following his previous reflections, in his Physico-optical Manifesto (1969) he formulated three situations of A) concentration, B) accumulation and C) diffusion. His conceptual model of the triad (with ABC constants in yellow, red and blue) he understands, contrary to the conflicting binary opposition (AB), as a pluralistic scheme. The documentation of these works includes photoserial-paintings, re-drawings, photocopies (cyclostyles, xerox or zinc xerox in 1970s) or montages, and imprints, paintings with finger or while walking, anyhow.

Bartoš continued with his thoughts about non-elitist art, which could shape not only the concept of culture, but would affect the immanent dynamics of life, too. He was preoccupied with the culture of pigeons and he made the life art project from his childhood hobby. Since the late 1960s, he systematically engaged in keeping and gradually also breeding pigeons. His aim was especially the regeneration of selected breeds. He was sketching pigeons (including hypothetical or extinct breeds) with his typical linear drawing. In accompanying comments he then analysed their aesthetic (exterior) qualities, which otherwise are subject to strict norms in this field; he also mentioned their sport qualities, breeding conditions, etc. Since he dealt laically with zoology and genetics, in his drawings he conceptualised the breeding processes, like in case of a new exhibition type of carrier pigeon and its aesthetics. His live readymade, as he called it, Bratislava’s aesthetic pigeon (1976) was even awarded at the breeder’s competition.

Bartoš’s idea of ecological culture does not include only regeneration of selected domesticated animals (dogs, horses, pigeons etc.), but also of the country cultivated by human. Thus, his environmental programme further continued from zoomedia to zoopark. On Easter Sunday, the day of the opening of the forest park, which he designed in Bratislava’s city district Lamač (Forest-meadow ecopark Podháj, 1972-1979) – after the later unrestrained planting it is now overgrown – he organised a socioecological-situation called Sheep grazing (1979) for his friends. The meeting took place on an “ancient pasture”, which he preserved within the park project. The situation supposed to refer to the pre-Christian missions. A lamb, borrowed from the zoo was an Ethiopian breed and meant to recall lambs from biblical countries.

After 1979, Bartoš was employed by the Bratislava Zoological Garden (established in 1960) as a conceptual artist. He worked there until 1991. At the same time he also worked for the state construction company Stavoprojekt as a landscape designer for the zoo. The purpose of his employment was, with the consultancy of zoologists, to design the environments for animals and preparation of landscape projects for zoopark. He approached the concept of new area holistically. He dealt with the specific needs of animals in relation to the original Carpathian environment, whose logic he followed. In this sense he not only reflected the natural relief of the landscape, but also the migration routes of birds, wind direction, and many other factors.
Following an earlier study from 1976 he prepared the expert work Elaborate I. The Concept of a New Bratislava ZOO Grounds in 1980. In cooperation with Vladimír Podhradský, zoologist and environmental expert, and others, he structured a zoo environment into three patterns of ABC landscape types and their proposed use. He split the environment into zones: A) forested, B) deforested, C) denatured noisy zone. This principle of the “meeting of three environments” (ABC) he also applied in the design of smaller areas (as in one particular locality of: A) protected trees environment, B) Hucul horses paddock environment, C) the original cattle environment, and others.) Here he even incorporated already upcoming plans for the building of a nearby drinking water canal and a highway connection, for which two thirds of the original zoo exposition were destroyed from 1981 to 1985.
The noisy zone in the bottom part of the intracity zoo was meant to have involved the larger pavilions’ architecture complemented by mobile aviaries. In the steppe and forest parts proposed solutions should be adapted to the landscape. The highest lying oak forest in the Little Carpathians should be preserved as a continuous protected forest park. Bartoš wanted to place a paddock and breeding facility for indigenous Carpathian Hucul horses, which ones in his words “would have completed the idea of a shaped Carpathian landscape”, within an Open-air museum of mountain Hucul horses. It was the local Carpathian landscape that became Bartoš’s central theme. According to the Concept of the Hucul country (1980-1984), on which occasionally collaborated also Július Koller, the Hucul Club in city district Devín was founded.
There is extensive documentation to the Bartoš solution of the zoo area as a whole, and also for particular biotopes. Major parts of the documentation include project plans, topographic maps and contour studies where he was inspired by relief maps. The ecoconcepts of the wider area, such as the whole Mlynská dolina (Mill Valley) with the zoo grounds, were created according to photographic images that Bartoš had ordered to be shot from the opposing Machnáč hill. Subsequently, he explored the terrain in detail, drew it by linear strokes and complemented it with a map legend or comments. In this way hand-made cartographic drawings, paintings, re-paintings or re-drawings of photographs, xerox enlargements and montages have been created. Bartoš’s concept of the zoo was only partially and inconsistently implemented (among implemented parts are the Flamingo lake; Pygmy Liberian Hippopotamus lake; Rhino habitat; raised road in steep terrain for disabled persons, and others); today a later layer of operation mostly overlaps it.

After the social change in 1989, Július Koller wrote to art critic Tomáš Štrauss that “it is confirmed that politics and not art is the real avant-garde culture, because only it is able to change the world as thoroughly as we experience it right now”. After the split of Czechoslovakia, Bartoš, who lived in Bratislava, but was born in Prague and claimed the idea of Central-Europeanism, decided to remain “above politics” and not to accept a Czech or Slovak citizenship exclusively. He performed the Nomadart project beginning in 1993. For seven years he was completely without citizenship and spanned the territory of the five states of Central Europe. He set the route of his journey by drawing a circle on the map, which started at a certain point, according to the conceptual premise formed long ago of “the point of concentration radiating into space” as “the first and last resort of destiny and clarifying”. It can be assumed that this was to clarify a concept of a national state, which is contrary to Bartoš’s understanding of the world and Central Europe as a geo-region. Point by point he travelled along the circle, only at the set altitude (above the Slovak city Žilina) towards the mountains, observing the forest paths tracked by wild animals, disregarding any political borders. In recent years, he continued in a spiral path towards the inside and dealt with Bratislava’s Podhradie (Castle settlement). He criticised developers’ activities at this location while elaborating his concept of the prehistoric park with castle rock as the beginning of the Carpathians. Central Europe as “artistic relief” is for Bartoš “fatal, or even the cultural or fine art’s fact, georeadymade”. He thoroughly records the travel experiences from his current stops by hand-drawn and painted maps of landscapes, from which he produces photocopies, cut-out enlargements and their montages. He visualises found situations of natural landscapes and mental images of their new concepts. However, in the words of Czech art critic Jindřich Chalupecký (1968): “even though the artist in a liberal system has been granted the right to remain free, this freedom is only limited to him alone. The world goes its way guided by people from practice.”